The Daily Nexus
On the Menu
Ring in the Spring Season with Starbucks’ New Drinks
March 11, 2020 at 12:52 am by Liliana Linan

Although spring officially begins on March 19, Starbucks has already unveiled its new menu for the warm season, which includes two bright and dairy-free iced drinks. Both the iced pineapple matcha and golden ginger drinks are made with coconut milk, a smart business move as consumers look for more dairy-free options. I tend to order solely coffee at Starbucks, but the choice to create colorful tea options for spring is fitting. 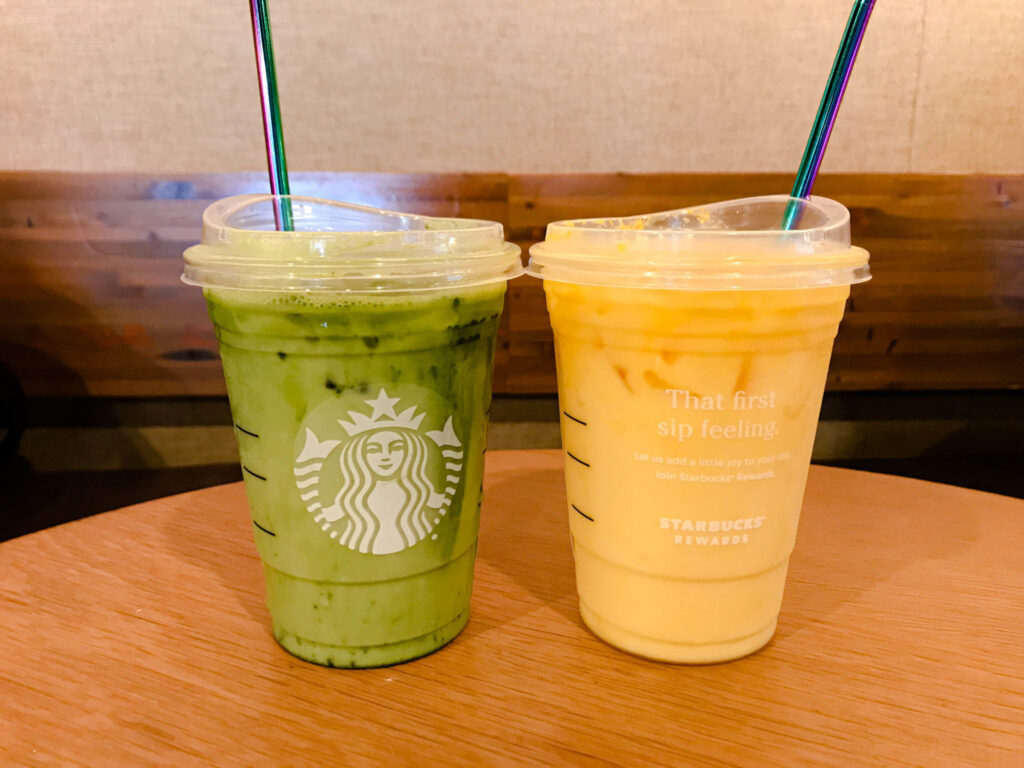 I began with the golden ginger drink, which is described as Starbucks’ “golden ginger blend with turmeric essence shaken with flavors of pineapple and ginger, coconut milk and ice.” At first glance, the drink is very pretty and bright yellow, like a nice sunny day served in a cup. I am a fan of both ginger and turmeric, which most people aren’t, but the only way I can describe the taste of my first sip is how I imagine a Yankee Candle to taste. It did not taste like the sunshine and happiness I expected. It did have a fruity taste but was too sweet, as if Starbucks melted down yellow Starburst candies and added ginger. The ginger wasn’t too strong, but prominent enough that if you dislike ginger, you would hate this drink. I wouldn’t order it ever again, but it wasn’t so unbearable that I couldn’t drink it. It was very silky and refreshing but was the same as drinking over-sweetened and flavored water. Because of the coconut milk, the entire drink isn’t overbearing, but it does leave a lingering taste in your mouth after.

After waiting a few minutes to cleanse my palette after the golden ginger drink, I tried the pineapple matcha. It was my first time ever having matcha, but I thought I’d like it because I do enjoy green tea. It contains the same pineapple ginger syrup as the golden ginger drink but, of course, its base is the Starbucks matcha tea blend. It was less smooth than its sister drink, but that is due to the natural grittiness of matcha powder. I admit the matcha and pineapple combination works very well together, but matcha itself is a powerful flavor and I thought it needed more pineapple flavor. I concluded that I am not the biggest matcha fan, so I wouldn’t order this but any matcha lover who wants to mix up their usual order will adore this drink.

Overall, these two drinks are wonderful non-coffee and dairy-free options, as more and more people are reducing their milk intake because of climate or personal diet reasons. I do think Starbucks tends to focus more on the aesthetic looks of drinks than the taste, as we’ve seen in the past with their other colorful Instagram-worthy creations. Still, the coconut milk makes both of these new additions light and refreshing and perfect for the upcoming sunny spring days.

Just remember not to bring your reusable cup for these colorful spring drinks, as Starbucks has stopped the use of personal containers due to coronavirus.