The Daily Nexus
On the Menu
HKSA’s Annual Lunar New Year Night Market
February 13, 2020 at 12:04 am by Liliana Linan and Khanh Phan 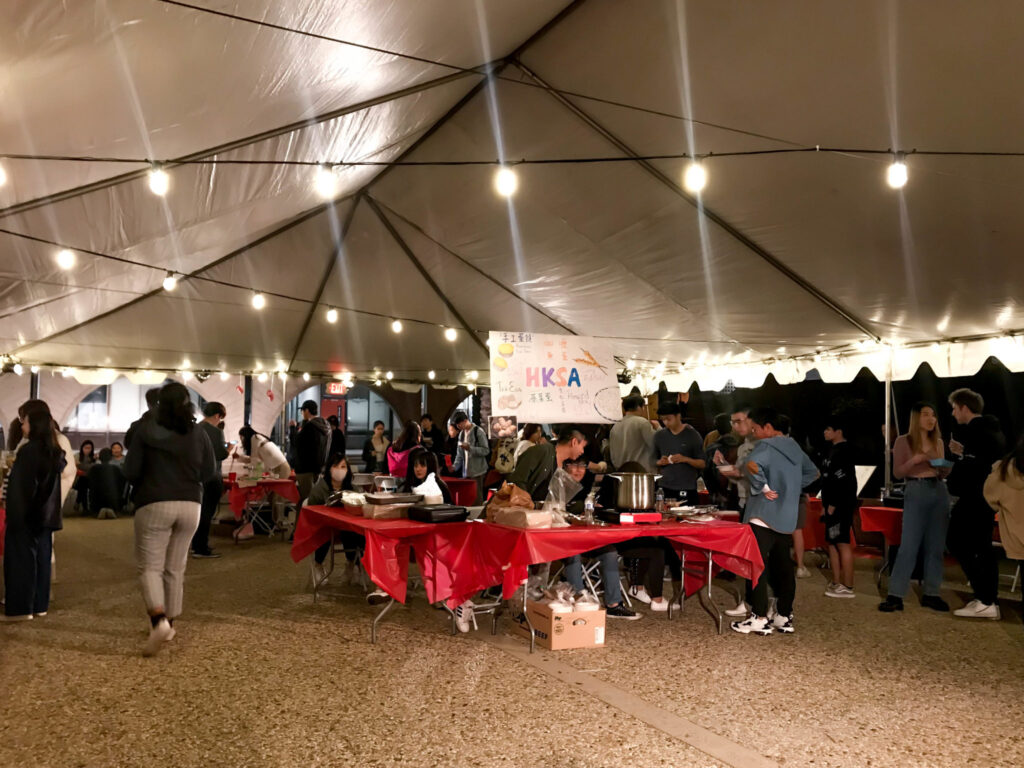 I arrived around 9:30, and although the festival was set to end at 10:30, many vendors were running low on food. The setup was very cute, with the vendors snaking around to form a ‘U’ shape and lights hanging in the tents. Everyone looked happy to be celebrating Chinese culture, and Asian pop music was blasting as I looked at the food selections available. I then bought seven tickets for $1 each and began my journey for desserts.

I was able to try the Hokkaido milk tea (without boba because there was none left), mochi and an egg tart. The Hokkaido milk tea was $3, which is a fairly good price, but was smaller than regular boba cups. It had a sweet, coconut flavor and was very satisfying once the ice cooled the drink down. The egg tart was also $3 and had a nice, light egg filling, but the pastry was a bit too hard. My friend really enjoyed the egg tart, but for me, it was a bit too eggy for a dessert. Lastly, I ordered the mochi and I had to wait a bit for it to cook — but once it was finished, I tried it with both Nutella and red bean. It was very chewy and hot, and it was my favorite item of the night. Both the Nutella and red bean spreads took the plain mochi to a whole new level, more so than if I had only eaten it with honey. 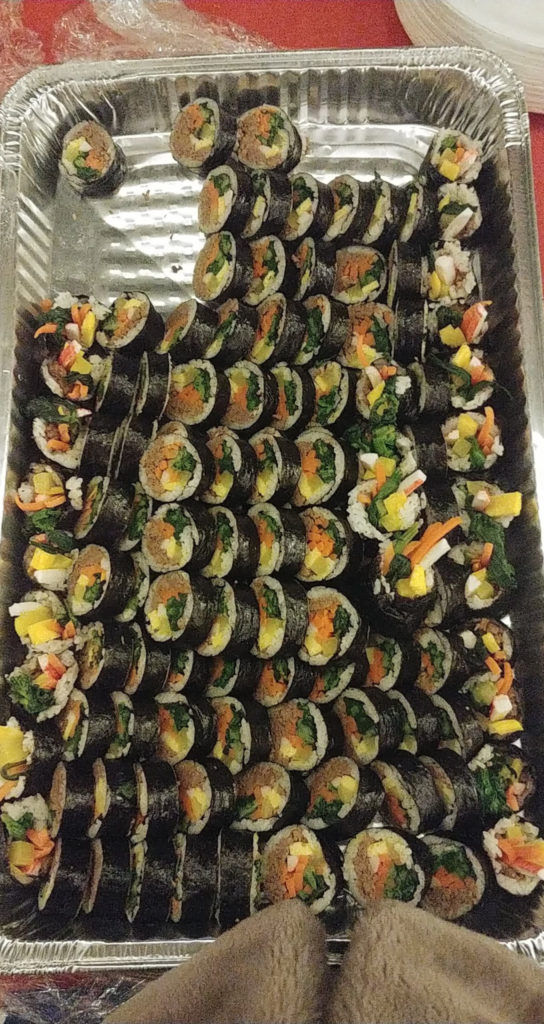 For savory food, vendors were selling Chinese barbecue, curry, kimbap and carbonara rice cake. Barbecue always catches my attention because it was a classic night festival market snack for me growing up in Garden Grove, California. They had eggs, shrimp, beef and fish cakes to barbecue on their charcoal grill. Their egg barbecue wasn’t just hard-boiled eggs on a wooden skewer, however. Instead, they had to shake up the raw egg to ensure the egg yolk and the egg white mixed. This mixture is boiled and then grilled. I had the beef skewers for $6, which were fatty and flavorful from the fat and the light marinade of soy sauce. The meat would have been great with a dipping sauce on the side.

UCSB’s Korean American Student Association was selling kimbap, Korean handrolls with fillings of beef, avocado and fish cake. The kimbap was incredible, packed with flavor from the beef and crunchy textures from the carrots and other vegetables. The avocado in the avocado kimbap was buttery and reminiscent of avocado sushi rolls. They were much better than the ones I had in Korean grocery stores back in Orange County.

Overall, the Night Market was a great place to celebrate the Lunar New Year, as well as eat homemade food at a great price in a chill atmosphere. It was great to immerse myself in my childhood activity again of going to festivals with family and indulging in cute finger food. I weaved through the vendors and festive students practicing their calligraphy once more before leaving the lively scene and going back to UCSB.