The Lunar New Year celebrates the coming year according to the traditional Chinese lunisolar calendar in Asian countries such as China, Japan, Vietnam and Korea — and it’s just around the corner! A huge aspect of the Lunar New Year celebration is the food because it is said that eating certain foods during the celebration will bring in luck, prosperity and health for the new year. Check out this list of what these different Asian countries eat to ring in the new year! 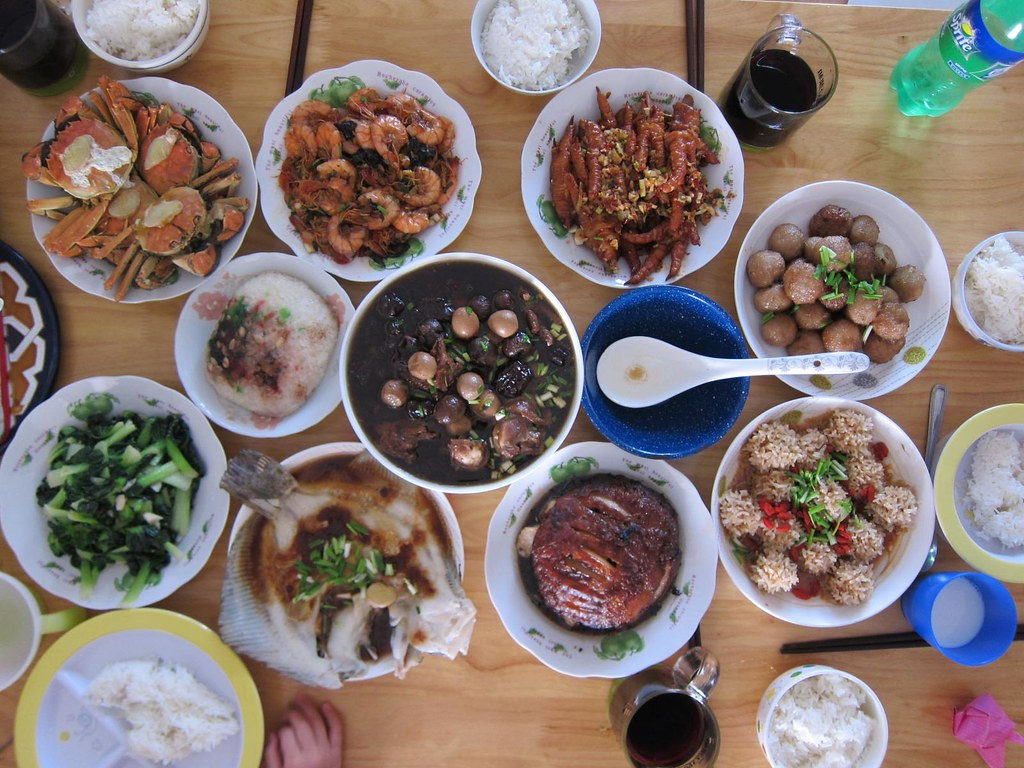 Dumplings are eaten on Lunar New Year’s Eve and are believed to bring wealth into the new year. This belief is based on the fact that Chinese dumplings are shaped like ingots, which was the currency used in imperial China. Like the ingots, Chinese dumplings are boat-shaped, oval and turned up at the two ends. The dumplings have a variety of fillings, but they usually contain some variation of pork, shrimp, beef and vegetables. They can be steamed or pan-fried.

Nian Gao is a glutinous rice cake that is steamed or fried. The name of the dessert itself, Nian Gao, sounds like it means “the year getting higher and higher,” which is why eating this dish during Lunar New Year festivities is said to bring a higher income or job position in the upcoming year.

Spring rolls are made with a meat and vegetable filling wrapped in a thin dough, and then fried. They are golden-yellow in color, which makes them resemble gold bars and symbolize prosperity for the new year.

These glutinous rice balls are desserts filled with sweets like red bean paste or black sesame paste. They are usually served in a simple sweet syrup and vary in size. The pronunciation and round shape of Tang Yuan are associated with reunion and being together.

Traditional foods known as “osechi ryori” are eaten to celebrate the new year in Japanese culture. Osechi ryori consists of a variety of dishes served in a fancy, multi-layered bento and is served with a traditional soup called ozoni. The dish has its roots in samurai-society cuisine, where it was offered to the gods in a ceremony on Lunar New Year’s Eve. There are many variations of ozoni depending on the region of Japan where the soup is made, but all versions of the soup are eaten with a piece of grilled or boiled mochi. Common additions to the soup include chicken, fish, meatballs, leafy vegetables and flakes of yuzu peel for its citrus fragrance. The type of broth can also vary, as some soups are made with a miso-based broth and others are made with a clear, dashi-based broth.

This dish is made by mashing the syrup of candied chestnuts with gold sweet potatoes. It is considered a type of comfort food because of its sweetness and is only served during the Lunar New Year. The yellow color of the treat symbolizes economic fortune and wealth in the new year

Herring roe is a delicacy served during Lunar New Year celebrations to wish for the prosperity of the children or grandchildren in one’s family, because the tiny fish eggs represent fertility. The caviar is steeped in a light dashi broth and lightly seasoned with soy sauce.

This is the most typical food eaten to celebrate Tet, the Vietnamese New Year. The square-shaped rice cake is made of glutinous sticky rice, pork and mung bean wrapped in banana leaves. The shape represents the earth and is eaten to show respect for ancestors and nature.

Banh Tet is similar to Banh Chung in that they both use the same ingredients and cooking methods, but they differ in shape. Banh Tet is cylindrical, which represents the moon. This steamed cake is more popular in southern Vietnam, and all members of the family are involved in the process of making Banh Tet because it allows them to bond and celebrate the holiday spirit together.

A whole boiled chicken is a staple dish in any Vietnamese celebration, especially during the new year. The chicken symbolizes abundance, prosperity and well-being and is often presented on the ancestor worship altar along with fruits, flowers, candles and incense sticks.

Tteokguk is a traditional Korean dish eaten during the celebration of the Korean New Year that is made of a meat and soy sauce-based stock (tuk) with thinly sliced rice cakes (tteok). This dish is eaten during the Lunar New Year celebration to signify growing a year older and is believed to bring good luck, good health and a long life. Another dish, called manduguk, is similar to tteokguk, but includes dumplings.

Galbi Jjim is a popular Korean dish made with beef short ribs braised in a sweet and salty sauce with carrots and potatoes. Because of the lengthy preparation of the dish and the price of galbi in Korea, this dish is reserved for special occasions such as Korean New Year.

HOW DO I REFRESH