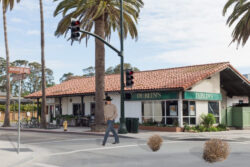 In a recent report released by whatever lonely researchers are still on campus during summer sessions, it has been revealed that the incidence of lone tumbleweeds drifting through the streets of Isla Vista has skyrocketed, increasing by over 3000% in the weeks following the end of Spring Quarter. These findings have been corroborated by numerous eyewitnesses who have described sightings of the desiccated, nomadic foliage venturing as far as the 68 block.

“These days, I reckon there’s been more tumbleweeds ‘round these parts than you can shake a stick at,” one rugged, poncho-garbed man grumbled from beneath the brim of his cowboy hat before hocking some chewing tobacco into a nearby spittoon with a resounding ping.

This increase in wild, windblown vegetation has correspondingly seen a rise in western-style standoffs across the Isla Vista area. Indeed, many inhabitants have taken to standing across the street from one another in matches of quick-draw, eyes locked in steely glares, Juuls holstered, waiting to see who will make the first move. Bouts like these have reportedly lasted for hours before one of the fiends gives in to their nicotine addiction and rips a fat cloud, ceding victory to their opponent.

Several families living in Isla Vista, who are usually relieved by the decrease in rowdiness during the summer, have filed noise complaints with the police department, claiming to frequently hear the theme from “The Good, the Bad and the Ugly” ringing out late into the night.

“I’m just trying to get some sleep, but every night, I’m awoken by the ‘wahhhhhh wahhh wahhhhhhh’ of a standoff across the street,” exasperated area mom, Claire Eastwood, cried.

It is a well-known phenomenon that Isla Vista becomes a de facto ghost town during summer sessions, inhabited only by overly zealous freshmen enrolled in FSSP and seniors who failed their last graduation-requirement class the previous spring. The skeleton crew of summertime students, however, just simply isn’t enough to prevent the area from reverting to its natural state as a part of the Western frontier, and were it not for the return of the community’s inhabitants in the fall, the whole area would be overrun by the raccoons, possums and skunks to whom it originally belonged.

Max Myszkowski was born in the wrong century. It’s always been a dream of his to die of dysentery on the Oregon Trail.

This article sucks. Do better Nexustentialism!