The Daily Nexus
The Daily Stench
I.V. Cop Consistently Outsmarted by Drunk Girl
May 28, 2019 at 4:20 am by Bianca Bitchandahalf 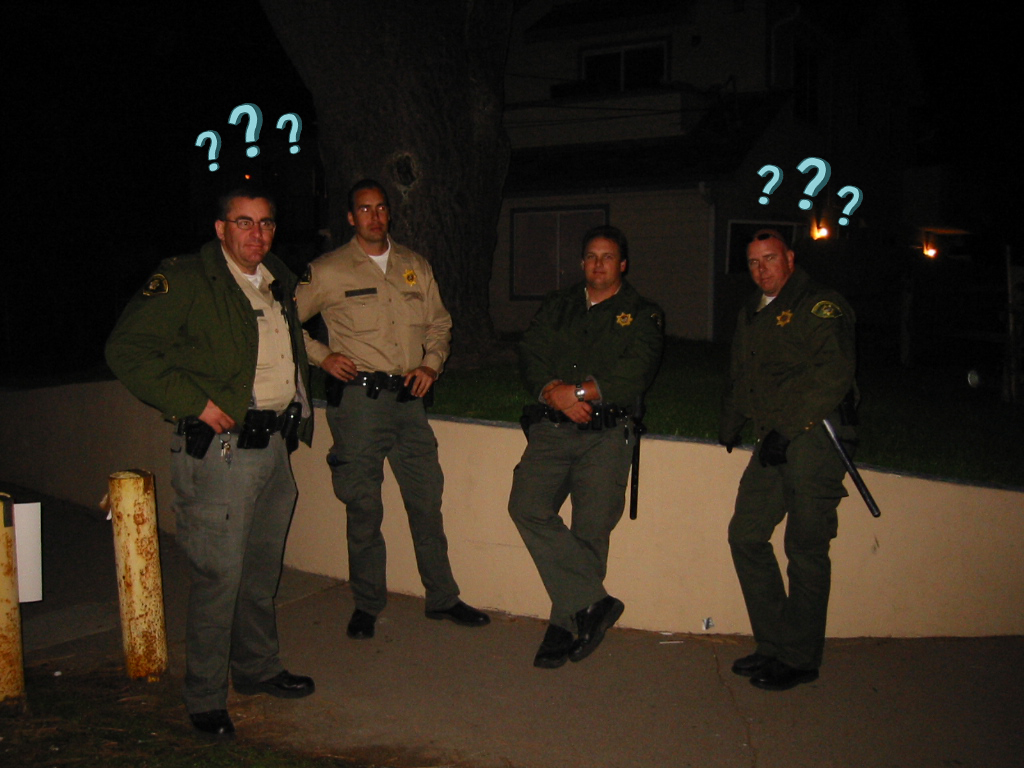 Officer Gregory Dillweed has officially retired from I.V. Foot Patrol after 14 years of proud service because he could not overcome Isla Vista’s most dangerous natural predator: sassy drunk girls.

It was with a heavy heart and severely bruised ego that Dillweed turned in his badge, passing the torch to a new generation of high school dropouts who monitor the curbs of DP. His hopes are that the younger officers will finally triumph in this long fought battle due to their extensive knowledge of “the internet me-mes.”

“I didn’t want to go,” recalls a misty-eyed Dillweed. “I loved being a cop, but those drunk girls … They just kept escaping me with their sheer wit. The shame was too much for me. I have a wife and child to think about.”

Though put through rigorous Foot Patrol bootcamp, which includes listening for traces of music past 12 a.m. and standing menacingly on street corners with sunglasses on even though it’s nighttime, the brave officers face one major gap in their training.

“Honestly? We don’t actually know how to speak to the conscious ones,” Officer Richard Anballs. “The line is, ‘Have you been drinking tonight?’ But they don’t really tell us what to do if the student actually responds with a complete sentence. Coherent answers really freak us out.”

We were fortunate enough to obtain incident reports of said outsmartings in spite of IVPD’s best efforts to bury them, and we must warn readers that what follows is highly classified but also hilarious.

Officer Dillweed remembers encountering an unconscious young woman lying in a park under a tree at approximately 1 a.m. Upon approaching her and shining his flashlight onto her face to stimulate her drunk brain into awake-mode, the officer asked how old the woman was, to which she responded, “18.” Immediately making the clever assumption that her intoxication made her completely unable to tell the truth, Dillweed accused the girl of lying.

“‘If I was going to lie, why wouldn’t I say I’m over 21?’ That’s what she said to me,” Officer Dillweed reflects on the painful memory. “And she was right. I couldn’t believe it at first, but that drunk girl was totally right. So I just let her go. I had no choice. It was too embarrassing.”

“He’s a good cop,” Anballs testifies. “Those drunk girls, though, they just keep evolving. The other night Greg and I stopped one carrying an open champagne bottle. So we’re about to charge her, and naturally we both have massive erections as all foot patrol officers do when giving out MIPs, and she just… puts the bottle on the ground and walks away. It wasn’t in her possession anymore, there was nothing we could do.”

Following that incident, Officer Dillweed collapsed in tears on the sidewalk, where he and Anballs were accidentally picked up by two more cops for sitting on the curb.

Bianca Bitchandahalf is proud to have drunkenly talked her way out of seven citations and cannot wait to continue her fuckery.