The Daily Nexus
The Daily Stench
Student Preemptively Rolling for Extravaganza
May 14, 2019 at 4:20 am by Max Myszkowski 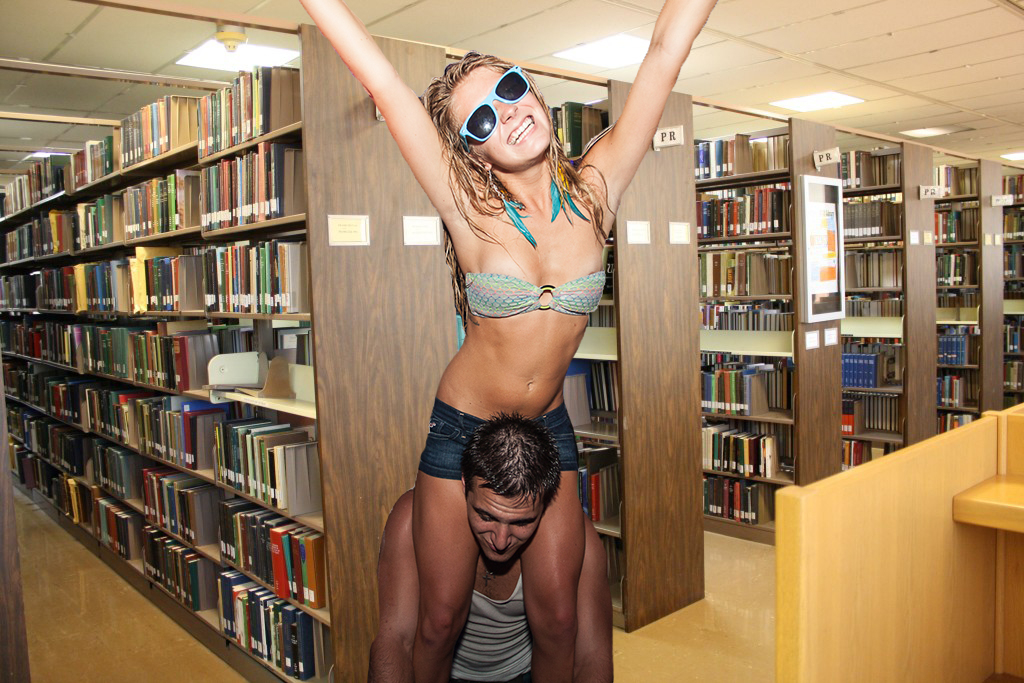 Today, nearly a whole business week before Extravaganza celebrations are due to begin, UCSB student Molly Poppins decided to preemptively get in the spirit of the festival the only way she knows how — that’s right: pills, baby! With nearly a full week between the time of her interview and the actual date of the festival, Poppins surely had an interesting (and sweaty) week ahead of her. The Nexus followed up with this preemptive pill-popper over the course of the week to document her stimulant-fueled journey.

On the first day of her psychotropic experience, reports claimed Molly could be found participating in an hourly, one-person rave at the base of Storke Tower every time it played that jingle at the top of the hour and tolled to indicate the time. Turns out, with enough ecstacy in your system, anything sounds like EDM.

On the second day of her amphetamine adventure, Poppins’s attention was turned toward the arts buildings. After wandering the halls of the visual and performing arts center, the stimulant-filled student was allegedly transfixed by “the most beautiful dance performance [she’d] ever seen,” as she put it. This performance, though later revealed to have been a racoon and an opossum fighting over a half-eaten burrito, is still widely considered the most avant-garde and groundbreaking performance to take place on this campus.

On her third day of wild shenaniganz, Poppins — apparently overheated from her nonstop dancing — took a plunge into the lagoon to cool off. Several waterfowl, rightly disturbed by her entry into their habitat, greeted her with snapping beaks. Poppins, seemingly unfazed by this, then proceeded to bathe in the lagoon as if she, too, were part of its natural ecosystem. Though ostensibly cooler from her time in the filthy, slime-laden lagoon, Poppins could now be smelled from up to a mile away as the stench of the lagoon mixed with that of her seemingly perpetual perspiration.

On the fourth day of her stimulant soiree, Poppins took to the library to prepare for an upcoming midterm she had forgotten about. After running up and down the library tower stairs for three hours, she was politely asked to leave when she tried to start a dance party on the eighth floor by playing “Old Town Road” from her phone. That shit might fly on the fourth floor, but on the eighth? No chance.

Poppins’s final day of celebration was spent rehydrating at the hospital. She did not make it back in time to see Extravaganza.

Max Myszkowski wants you to take it easy this weekend, okay?