The Daily Nexus
The Daily Stench
A Cry for Help: This Man Wears Basketball Jerseys as Shirts
April 11, 2019 at 4:20 am by Bianca Bitchandahalf 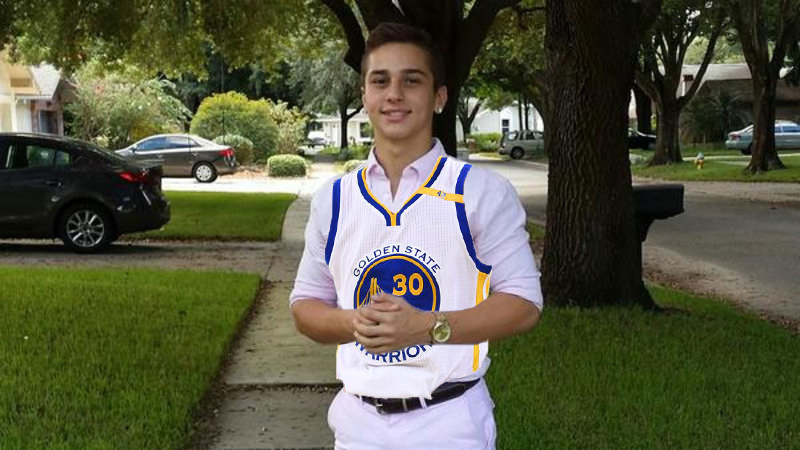 ‘Twas a brave, young fellow indeed who stepped out of his front door onto the streets of Isla Vista last weekend, wiping away tears and wearing a Golden State jersey in place of the usual (and preferred by the public), actual shirt.

As the ocean breeze struck his now-exposed underarms, wafting the scent of stale marijuana and BO drowned in Axe body spray, our hero puffed out his rather sunken chest to display the jersey as a badge of prepubescent-level cringe factor. This was his swan song, his cry for help, and one look at the polyester drooping from those scrawny shoulders sent us straight in for rescue.

Wishing to keep his name hidden for privacy and also because he’s (rightfully) ashamed, the poor fellow recounted a heartbreaking lack of bro-ffection as well as the void left in his soul now that Saturdays are no longer for the boys.

What followed was painful and emotional, but eventually we had to bring up the topic of the blue and yellow jersey clinging to his clammy body. Holding the hand of a Nexus/C.A.P.S. liaison, he responded as such:

“Nah, KD’s a fuckin king, dude. LeBron got nothin on him. That’s my fuckin’ boi right there.”

Translation: “When I wear this jersey, I can pretend that it’s actually Kevin Durant’s strong arms wrapped around me from behind in a supportive embrace for the entire day.”

Hours of talk therapy and light probing later uncovered that the true cause of his sudden decline had been a vape pen left on the passenger seat of his 2007 Honda Accord during the hottest day of the month, which sparked a fire and melted the whole of the interior. Our hero is staying strong through this profound loss, but at least his dab pen is still safe in his gym bag.

Another victim has thus been saved from the clutches of the most unhygienic ‘clothing’ item since the jockstrap, but our work is far from through. Until all the kind-of-sickly-looking basketball jersey boys can walk the streets in normal-ass clothes again, each of us must offer a helping hand. And probably some soap. Maybe even a spliff, if you’ve got one.

Bianca Bitchandahalf is curious about why guys who wear basketball jerseys casually are so off putting and firmly requests that they all take a collective shower.