The Daily Nexus
The Daily Stench
Professor Tells Terminally-Ill Student ‘No Make-Ups, Go Fuck Yourself’
March 7, 2019 at 4:20 am by Henri Bemis 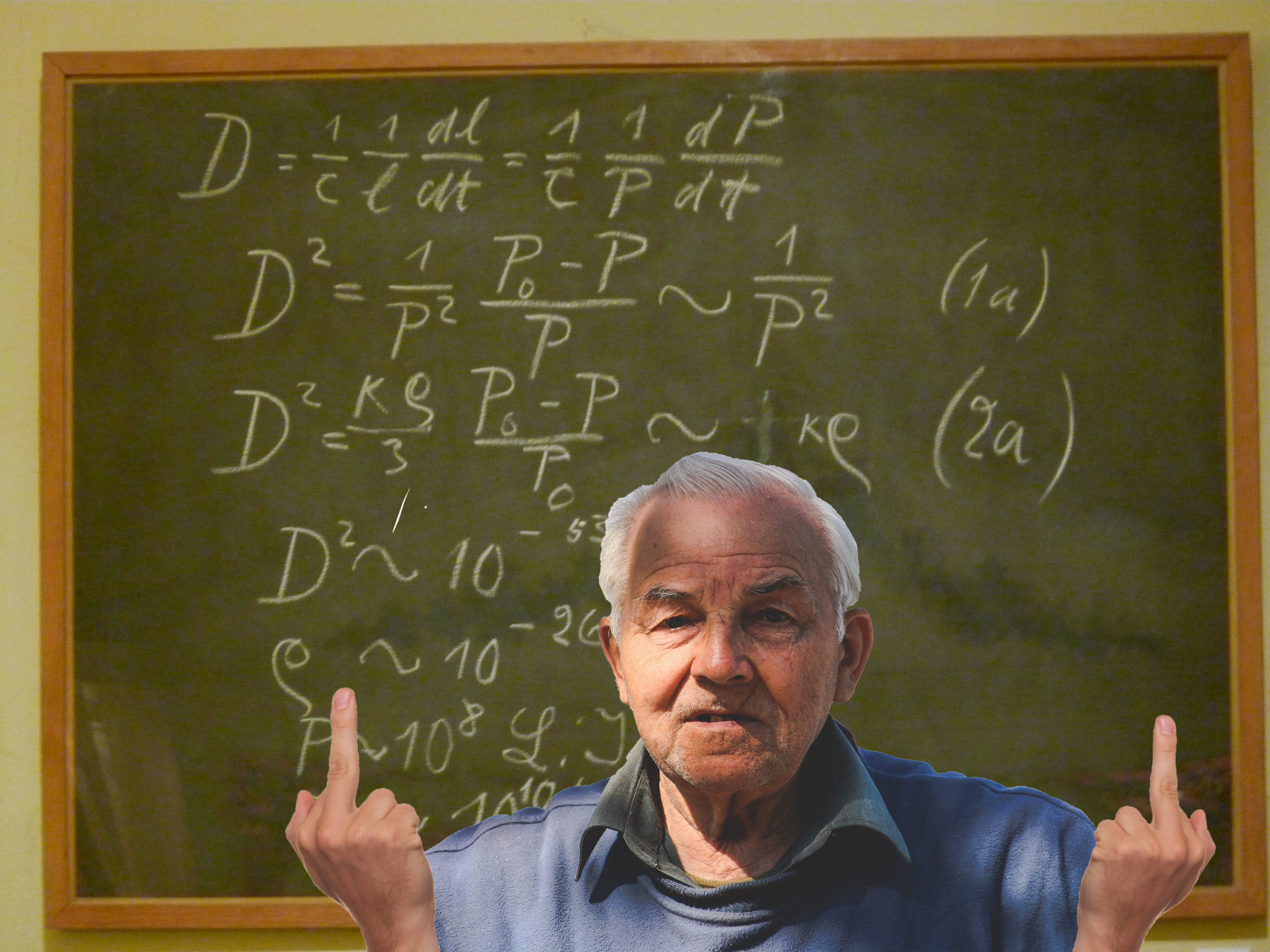 This Friday, one professor in the UCSB math department reportedly told terminally-ill student, Sal Monella, to “get fucked” when said student requested to take a midterm late due to his mortal affliction. Though Sal’s days left in the realm of the living may be numbered, he will definitely have to spend at least one of his few hours left on this Earth taking his Math 3B midterm exam. Sadly, this seems to often be the case, as all the professors in S.T.E.M. departments could not collectively scrape together one shit to give about their students.

“It’s right there in the syllabus: no make-up exams, no exceptions. I don’t know what else to say — other than go fuck yourself.”

Students suffering from diseases of all kinds have reported similar findings. From run-of-the-mill cases of Strep and Mono, to even the fabled UCSB Super-Chlamydia (a strain genetically engineered to perfection in the massive petri dish that is Isla Vista), ailing students were unable to get so much as a make-up quiz from their professors.

One professor in the chemistry department allegedly signed off her email to an unwell student “get well soon,” despite clear indifference over whether the student lived or died. This professor was unable to be reached for further comment, as she was busy swimming in a Scrooge-McDuckian vault filled to the brim with textbook royalty money.

Humanities professors, on the other hand, have reportedly allotted an extra three days to all of their students to complete their assignments in order to “reduce student stress” and “ease the burden on students’ mental health.”

Local dance major Yvanna Shachit didn’t happen to see the big deal with all of this, citing her professors’ genuine care for how their students performed in their bullshit classes.

“Yeah, I was taking a mental health day on Friday, so I just texted my Dance 45 professor, and told them I wasn’t feeling good vibrations that day and they let me reschedule the midterm for next week.”

Unfortunately, most professors teaching classes required for majors that actually lead to future employment opportunities do not seem to share this sentiment. In fact, for many maladies, it is not uncommon for practitioners in the Isla Vista area to pronounce a patient’s GPA dead upon diagnosis.

Henri Bemis was sick last week. Could you tell?

this is sad. this instructor is probably a temporary hire (postdoc) and it’s spring so they prolly worry about finding job for fall