The Daily Nexus
Nexustentialism
It's satire, stupid.
A.S. is Fine! Everything is Fine!
March 5, 2019 at 4:20 am by Nexustentialism Staff 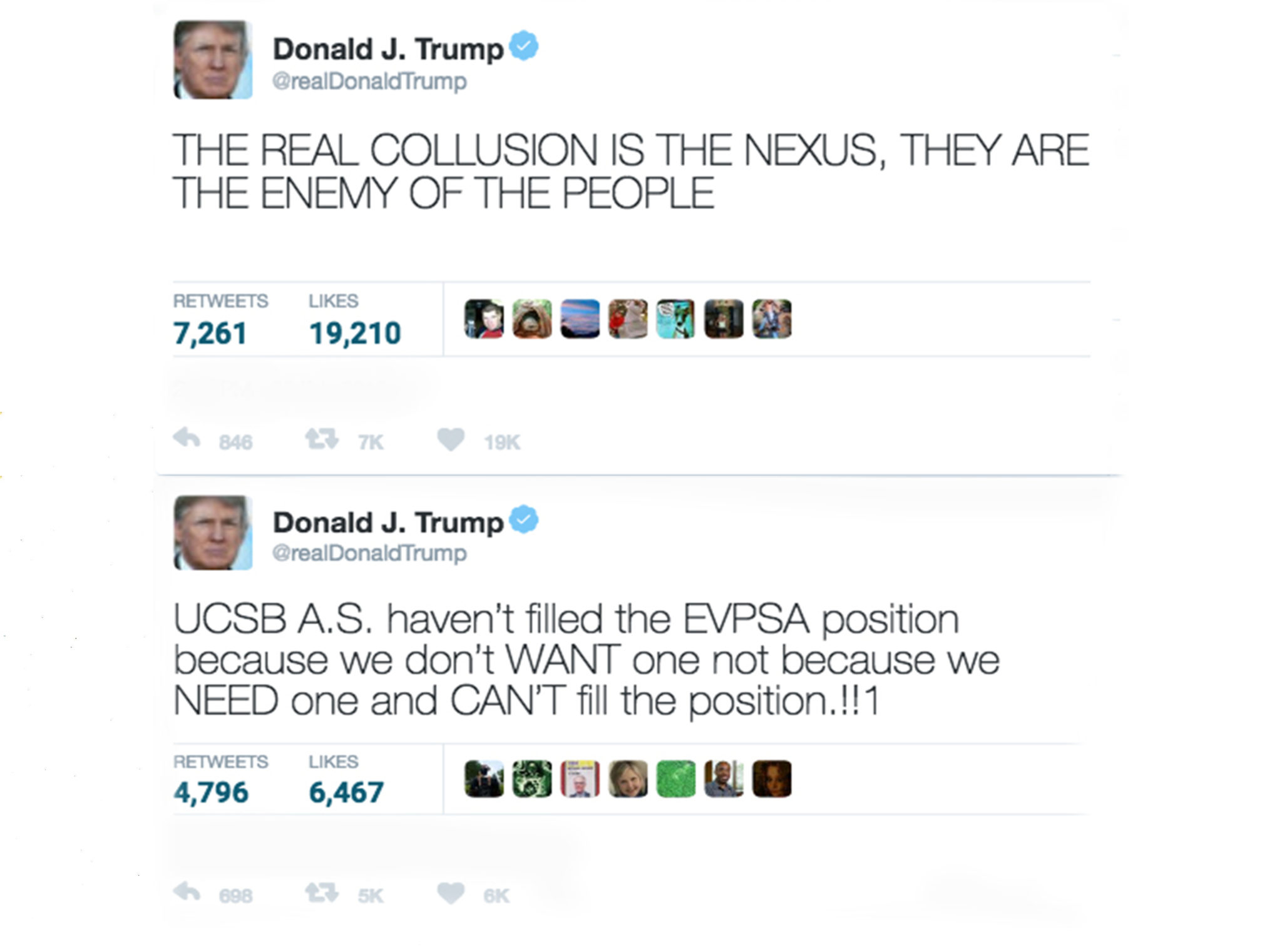 Associated Students is doing the best it has ever done! Never has A.S. done so many beneficial things for UCSB. A.S. passes only good plans that are very well thought through and everyone agrees on them! It is almost unbelievable how fast all of the projects A.S. proposes come to fruition! There are never any downsides to any of them, and this is why A.S. is so good to the people of UCSB!

During the last election students clamored to the polls in bunches! Records were broken. Big records! A.S. hasn’t filled the EVPSA position because we don’t want to! Not because we can’t! We have had three elections because the people love them! There were more people who voted for EVPSA than for the NewCen! The only reason A.S. didn’t get enough of votes is because students were so passionate about our causes that many voted twice! Spoiling the results! An unlucky result of such a blooming and interactive democracy! We have even seen many statistics of SBCC students illegally voting with fake UC access cards. We must build a wall to stop them from entering campus!

A.S. has heard the complaints about how their members cannot stop breaking rules, and safe to say, they have had enough of it. There has been no tampering within their holy government. HOWEVER, the people at UCSB love A.S. So what if we broke a little rule or two? They are above the law! Elected officials shouldn’t have to honor their commitment of a fair government to the people! Of course individual members should still collect thousands of dollars while not even enrolled in school, it is only right as our genes are superior!

Finally, A.S. will use this space to make it very clear to the people, your problem does not lie with them. It is those meddling kids at the Daily Nexus that have fabricated the hit pieces in which this unwarranted slander arises. It is collusion! They are jealous of A.S. funds and their successful campaigns and want to see this school deteriorate in front of your very eyes. THE REAL COLLUSION IS THE NEXUS, THEY ARE THE ENEMY OF THE PEOPLE. If you see a writer in the streets, call them “scum” and then spit at them!

This article was *not* paid for or endorsed by Associated Students.

Lets build a wall to keep both AS and students journalists that write about AS out of the country. Anyone agree?