The Daily Nexus
Nexustentialism
It's satire, stupid.
Dazed and Confused: Local I.V. Woman Not Sure What To Do After Phone Dies During Sunset
January 31, 2019 at 4:20 pm by Carly Kay 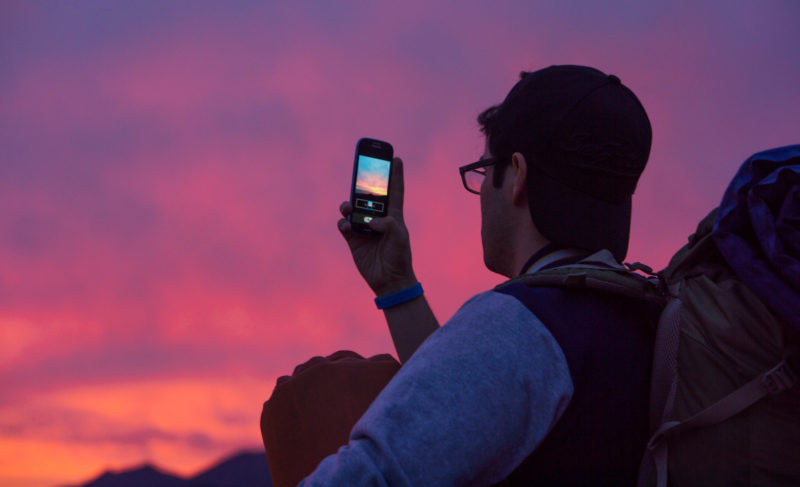 Around 5:30 p.m. Saturday evening, tragedy struck the shores of Sands as local I.V. woman Margaret Rogers’s phone battery dropped dangerously low during the most ‘gramable sunset of the year. Just as Rogers had finished laying out her earth-toned Mexican blanket from World Market, she came to the daunting realization that her phone had died.

“I would have worn shoes if I knew this was going to happen,” Rogers exasperated. “What’s the point of being barefoot if people can’t see how chill and down to earth I am?”

Friend and avid weekend sunset goer, Natasha Sultana, attempted to salvage the disaster by offering to use her overpriced disposable camera. However, the gesture seemed to only upset Rogers further, for she was reminded that she would be unable to apply her Huji filter. As golden hour disappeared right before their eyes, the girls were comforted by the fact that they at least had a bottle of Barefoot wine to sip on in between the awkward silences.

Although there was no camera present, the two resorted to their default setting by continuously rotating through various model poses. Surfer Timothee Boil described the event as both fascinating and disturbing.

“At first I thought I was missing out some big joke,” explained the shredder. “But then I realized that they had just been fake laughing for a solid 20 minutes.”

Rogers plans to speak her truth to the UCSB Free & For Sale Facebook page that a charging station should be implemented at Sands. Isla Vista residents should be on the lookout for the trending hashtag #StandWithSands in the upcoming weeks.

Carly Kay is a sunset lover who is looking forward to posting about how she can’t believe it’s winter in January.