The Daily Nexus
Nexustentialism
It's satire, stupid.
Budding 21-Year-Old Entrepreneur to Drop Out and Sell Juul Pods to Underage Friends
January 18, 2019 at 4:20 am by Kian Karamdashti 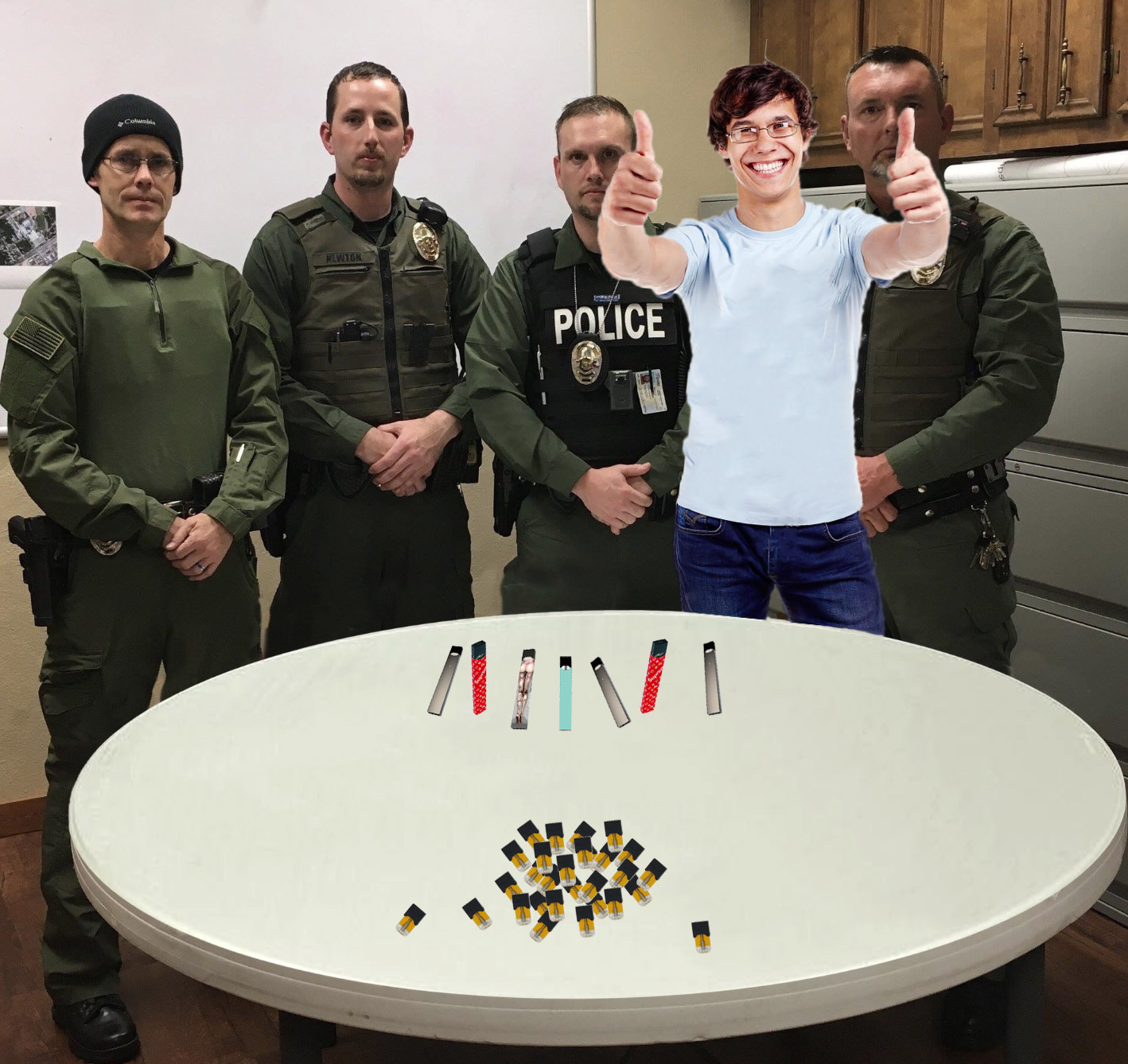 A 3.87 GPA and multiple summer internship offers were not enough to stop third-year student Niko Teene from dropping out and pursuing financial success in selling Juul pods to his underage friends. Teene’s 21st birthday was over the past winter break.

“At first, I starting charging my friends a $3 delivery fee as a joke, but they coughed up the money immediately,” Teene said. “As soon as I realized how desperate these people are to get their fix, I knew I had a chance to make a quick buck and raised the price to five dollars.”

Teene’s financial success has been so rampant that he was recently included in the 2019 edition of the Forbes “30 Under 30” list, placing six spots ahead of the current Goldman Sachs vice president.

According to financial records posted on Teene’s company website, quickpods.com, Teene made about $115,000 in the first two weeks of January  — a concerning number given that his customers go through an average of 10.2 pods per week.

“The key to my success is to never be busy,” Teene said. “If I’m in class or doing some other worthless activity, customers will start asking random fourth-year students on the streets once they get desperate enough. I pride myself on being fast, professional and reliable. I even chip in my own money for transportation to increase efficiency.”

A further analysis of the delivery process showed Teene was referring to the $1 Bird scooter charge and not a car.

Despite his success, Teene’s friends don’t seem to be too excited for the budding entrepreneur.

“Oh, fuck that kid, he’s such a little shit,” Richard Fiend, Teene’s best friend and first customer, said. “Like, I’m still going to buy from him, but he’s so lucky he’s the first one to hit 21. I would never do this to my friends. His buy six, get one 10 percent off deal was clutch, though.”

While business seems to be booming, some have questioned Teene’s business model, expressing concern over the fact that many of his current customers turn 21 in the next few months.

“Oh shit, I didn’t even think of that,” Teene said.