The Daily Nexus
The Daily Stench
Local Bros Experience the Price of Viral Fame
April 30, 2018 at 9:50 am by Kian Karamdashti 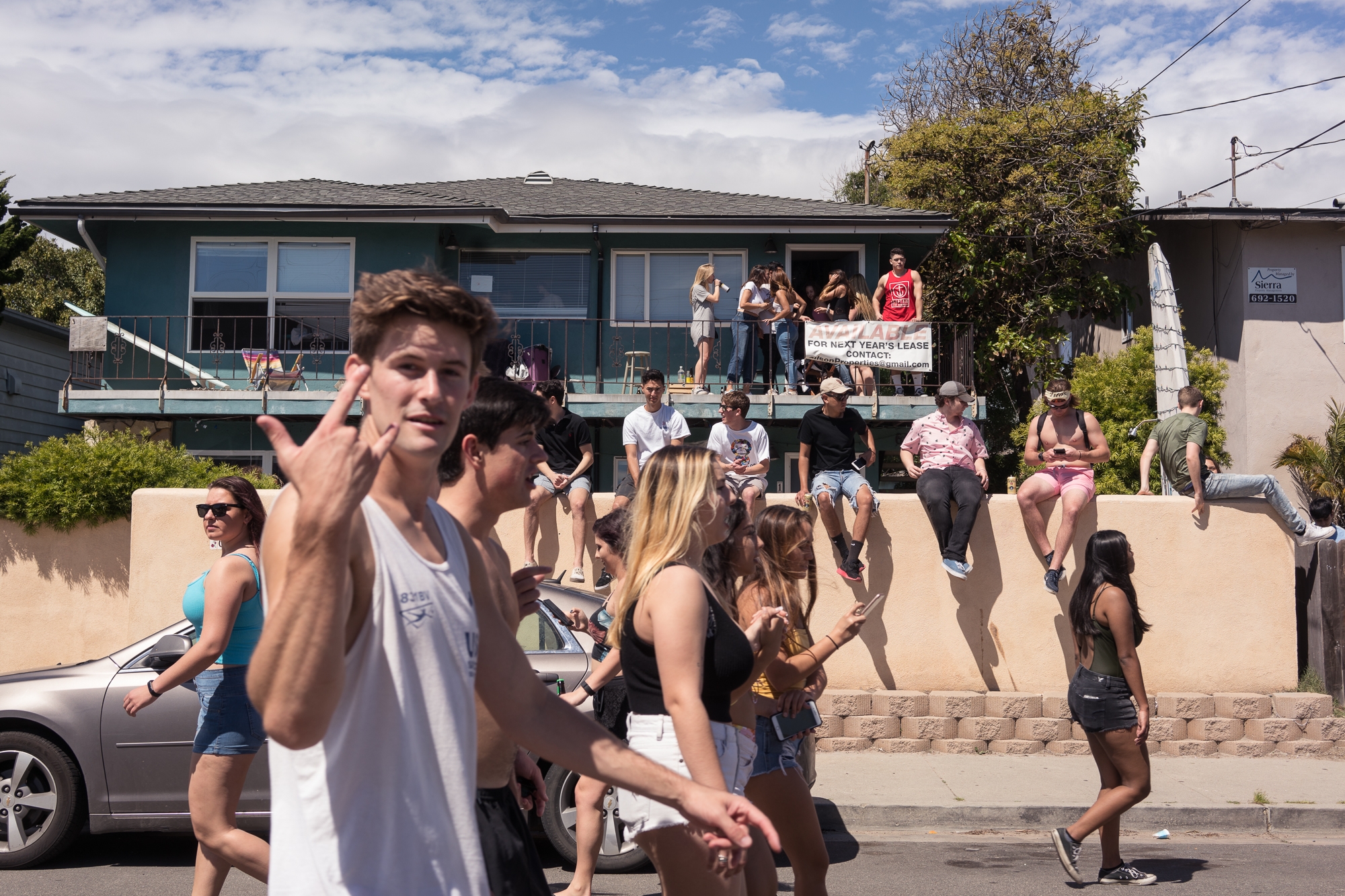 Isla Vista, through its endless years of chaotic parties and exuberant inhabitants, has grown somewhat of a national reputation. A quick YouTube search displays videos that include excessive partying, drunk antics and even a riot.

When local residents Chad Brohanski and Michael Sendet witnessed a van from a local news station driving slowly through the crowds of people on Del Playa Drive last weekend, they knew they had an opportunity to improve their social media following.

“You know how some people use the bible as guidance in everyday life? We use Barstool Sports. We ask ourselves what would get us on Barstool Sports every morning when we wake up, and that’s basically how we make our life decisions. When I saw that camera, I kind of blacked out and let Barstool bring me to the light, you know what I mean?” Sendet said.

In a 30-second interview that has subsequently gone viral, Brohanski and Sendet are witnessed screaming “Isla Vista versus everybody! Blackout or Get out!” before each downing two fifths of peach Amsterdam and smashing them on each others heads.

The video concludes with police grabbing the pair and confiscating their fake South Carolina IDs while screams of “Get your hands off me! My dad’s a lawyer!” can be heard in the background. All while their full names are flashed across the screen.

“When it first happened, I thought it was really lit that we were going to be on TV. It really felt like my big break of going viral,” said Sendet.

According to Sendet, the first person to text him about his viral fame was his mom. It was also reported that his grandmother saw the video while watching the local news and fainted, and is now recovering in the hospital.

At the time of printing, the video held about 3 million views on YouTube, 112,000 retweets on Twitter and 600,000 shares on Facebook. However, the most important posting to the viral pair came from none other than the Barstool Sports Instagram page.

“Imagine all the impressionable fraternity boys who are gonna watch us get citations on the 66 Block of Del Playa. I don’t even care that our careers are down the drain in the eyes of our future employers,” Brohanski said as he abruptly got up from the table.

At the end of the interview, Brohanski and Sendet requested they be excused to go shotgun Four Lokos and drunk message their Tinder matches to celebrate.

Kian Karamdashti is a little misguided and can, in fact, catch dice.