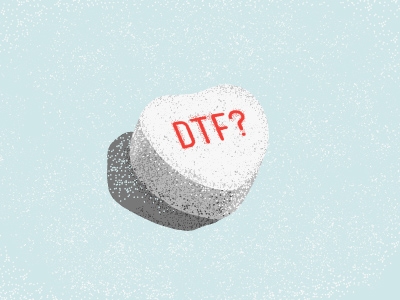 Valentine’s Day is a time for contemplation as couples give each other superficial presents as hollow offerings to the consumerist machine. Or for single folks, it’s a time to figure out which snack to pair with the Netflix show they’ll pathetically binge watch.

On this day even Cupid’s arrow can pierce the hardest of hearts, and Delta Theta Phi fraternity member Scooter McGunderson is no exception.

“I was looking forward to the nine Tinder dates I had set up for today. Ladies love a guy who’s DTF with no strings attached,” McGunderson said, “But waking up in a pile of red solo cups wearing a stranger’s pants on DP with no memory of the night before got me thinking: ‘Is there more to life than just casual sex?’”

McGunderson, a fourth year psychology major at UCSB, is putting his education to good use by analyzing the devastating emotional torment that being single brings. McGunderson has completely revamped his social media, tearing down old photos of beer-chugging festivals and his muscle shirt collection to be replaced with a more “approachable” profile in hopes of finding a permanent mate.

“I never realized how I’ve never had a real girlfriend up until this point.” McGunderson admitted, straightening his cap to the front of his face. “I feel pain constantly now, it’s like in between my third and fourth rib…I think I might be dying.”

While representatives at Student Health have assured McGunderson that his chest pains are in fact normal, there has been large concern regarding other areas that are not. “This has to be the worst case we’ve ever seen,” an anonymous source remarked, shoving a basket of condoms into the reporter’s arms. “We don’t hand this shit out for nothing.”

McGunderson is intent on getting a girlfriend before graduation, saying “Valentine’s Day has really opened up my eyes. I owe so much to Valentine: he’s looking out for his bros.”

Lauren Jensen is a third year who spent this Valentine’s Day eating discounted chocolates just because.