The Daily Nexus
On the Menu
Fantasy’s Over: Starbucks Sued Over Unicorn Frappe
May 18, 2017 at 12:18 am by Kelsey Ferrara

The coffee world is starting to turn sour, as it was recently discovered that Starbucks is getting sued over its sensational Unicorn Frappuccino. In case you’ve been without social media over the last several weeks, Starbucks unveiled a limited-time drink in April that changed color and taste after mixing and dubbed it the Unicorn Frappuccino. Stomachs and Facebook feeds across the nation were full of this mythical, obnoxiously colored beverage. Beyond the viral fame, this drink received both positive and negative reviews. A majority of people would agree that it was a truly a whimsical and Instagram-worthy treat. 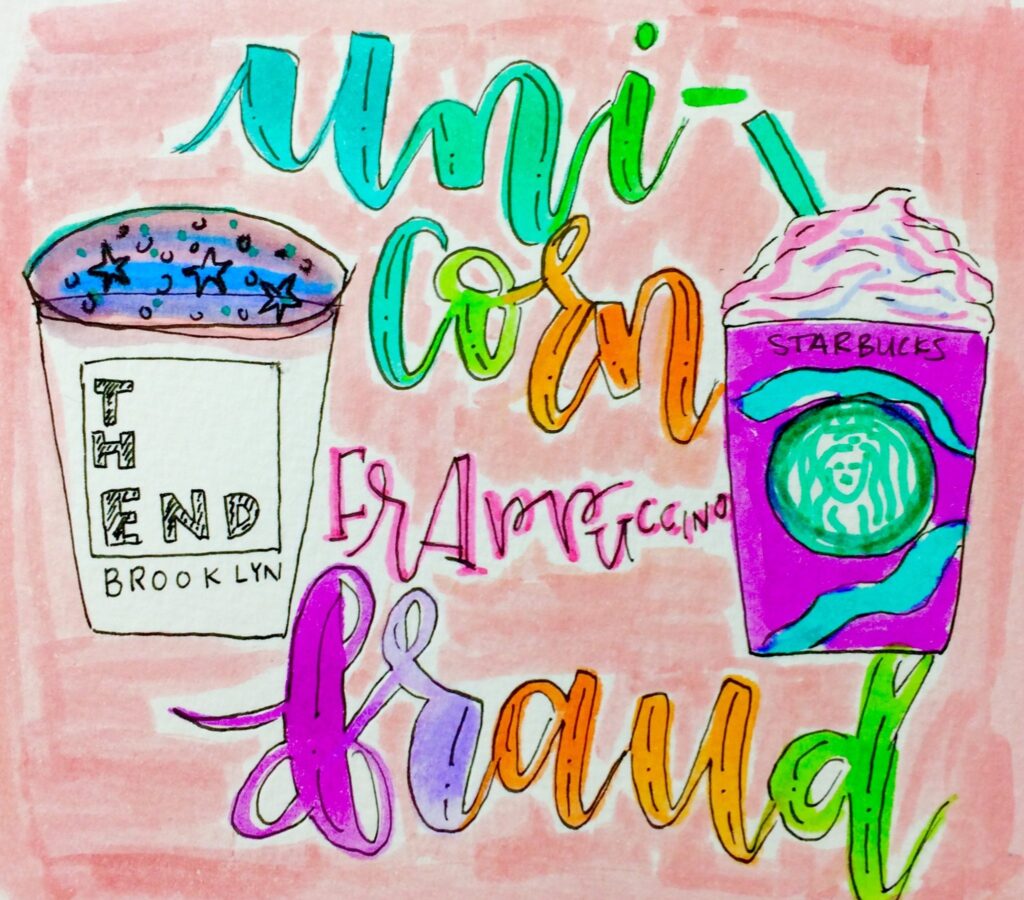 However, among the negative reviews was one small café in Brooklyn, called The End, that wasn’t happy about the social media sensation. Legal representatives of The End claim that the Unicorn Frappuccino bears a striking resemblance to one of their own drinks, the Unicorn Latte. The End has been making this magical latte for over a year, long before Starbucks dreamed up their mythology-inspired beverage. Unlike Starbucks, The End was quick to jump on the social media bandwagon of unicorn-inspired food. The End even filed for a trademark for the beverage in January 2017, months before the Starbucks unicorn army was unleashed. The small shop claims that the Unicorn Frappuccino confused their customers and overshadowed their brand. They were even accused by customers of creating a knockoff of the Unicorn Frappe. Starbucks has repeatedly claimed that its only source of inspiration came from the fun, whimsical unicorn trends that are currently making the rounds on social media.

This, of course, raises the question of how the two unicorn drinks stack up. There are some very large differences between the two when it comes to recipe and taste. The Unicorn Frappuccino recipe is somewhat mysterious and has not been fully released yet. However, caffeine addicts do know that it’s created from sweet pink powder, sour blue drizzle and mango syrup. This gives the frappe a pink-and-blue layered look that turns purple and changes flavor after stirring. The mysterious drink often goes from sweet to tart to sour in just a matter of seconds. On the other hand, the Unicorn Latte is made from healthier ingredients, including coconut milk, ginger, dates, cashews, maca root, blue-green algae and vanilla bean. While it doesn’t change flavor, this latte is very tart, lemony and topped with star-shaped sprinkles. The vibrant blue tones of this drink come from honey and the natural coloring from the blue-green algae.

While the tastes and basic ingredients differ, it seems to be the name and overall look that are suspiciously similar. They both offer magically vibrant tones of bright pinks and blues that catch a customer’s eye. So many companies have started profiting off social media trends; it was only a matter of time before two of them butted heads (or horns?). Unfortunately, only time will tell which coffee shop will win this unicorn battle.