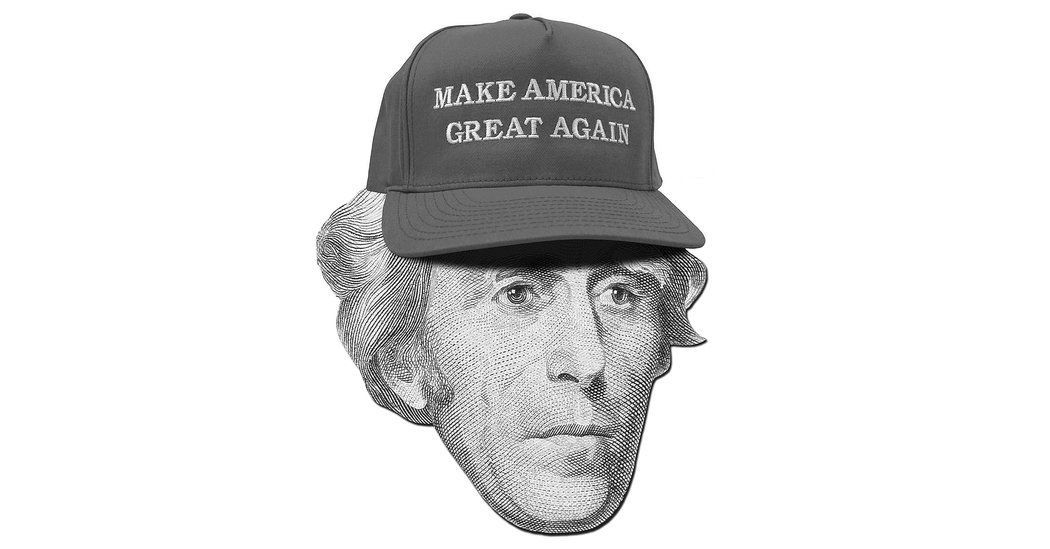 A recent tweet released by President Trump hinted at the possibility of spontaneous new domestic policy. His tweet made mention of a “huge historical inspiration” from a good friend he “would’ve done business with.”

This tweet was released after rumors of an otherworldly visit paid to Trump by notorious former President Andrew Jackson. The subject of the visit, which is said to have occurred Wednesday night, is shrouded in secrecy. However, the most plausible suggestion involves Trump modernizing and re-implementing a Trail-of-Tears style mass exodus.

Although most agree that his main target will be any person of Hispanic heritage (though certainly not those who work in any of his businesses), a growing number of people believe he may be attempting to traffic any non-white straight males and their potential mates into Canada.

Besides discussion of domestic policy, there is evidence to suggest there may have been exchanges regarding representing the common man and hair products. The timing, right after Valentine’s Day, hints at a budding bromance between the pair, and an insider source suggests Trump and Jackson have another seance date planned for President’s Day.

You’re fake news!
Trump will build the wall
And Scotty Cranmer will ride it!