The Daily Nexus
Nexustentialism
It's satire, stupid.
New Plans to Deal With DP Cliff-Slide Risk
February 2, 2017 at 4:20 am by Jenny De La Cuadra 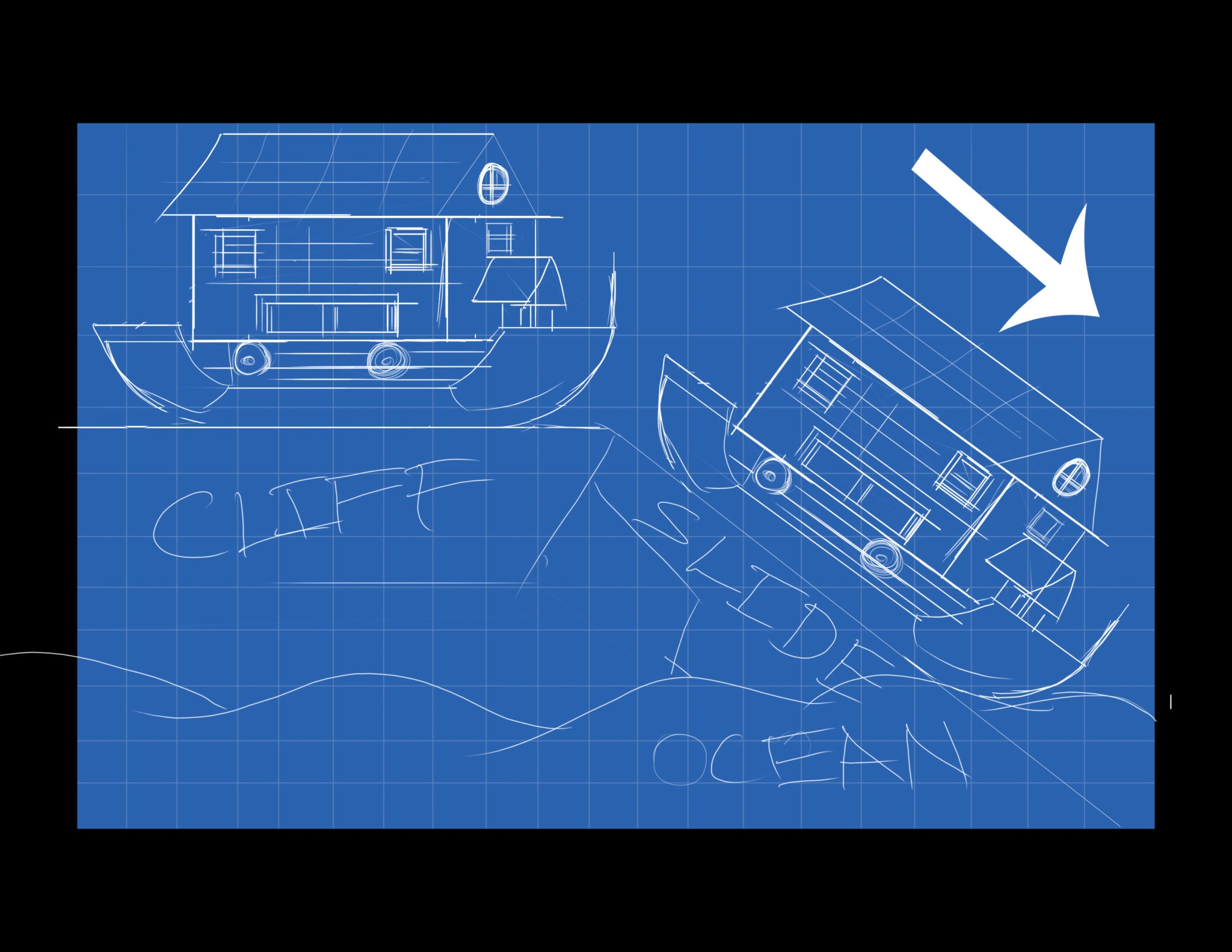 The recent events surrounding the cliffslide and mandatory demolition at 6653 Del Playa have seen a shift in the design philosophy held by owners of oceanside properties. The incident caused not only a major inconvenience to its former tenants who were forced to move, but was also a sizable cost to its owner. In order to better ensure the safety and longevity of oceanfront real estate, it seems that property owners and management groups are resorting to more extreme tactics.

These extreme tactics, it appears, embrace the idea of the homes sliding into the ocean as a benefit more than a potential downside. This new strategy is reflected in blueprints that have been submitted to the local planning office for approval. These blueprints show digitally rendered images of a two-story duplex, replete with floatation, pontoons and oars. Additionally the cliffside nearby will be retrofitted to support a Slip ‘N Slide in order to allow easy beach access for tenants on good days or soft entry into the sea for the entire duplex when that becomes necessary.

According to UCSB geography professor Ashley Dorfman, this type of planning should be of concern to local residents. In reply to our email requesting her input, she stated, “Any attempt at trying to capitalize on the inherently unstable nature of the cliffs along Del Playa is incredibly risky, without precedent and should be rejected.”

Her fears of the danger that may surround the proposed new duplexes were not echoed by current Isla Vista resident Bob Guiney. The second-year chemical engineering student told us, “Look, all those houses are gonna end up in the water soon enough anyway. You may as well just accept it and plan ahead.”

Sources close to the developers of these properties claim that the owners are doing this as part of a change in position from saying that cliffslides are “hazards” to their current view of them as “features.” Critics from the Isla Vista Tenants Union say these “upgrades” are really just a cover to turn duplexes into houseboats in order to be able to charge more in rent since the properties will now additionally be classified as “amphibious vehicles.”

Jenny is praying to the Sea gods that her overcrowded apartment on Trigo becomes beachfront property by next year.