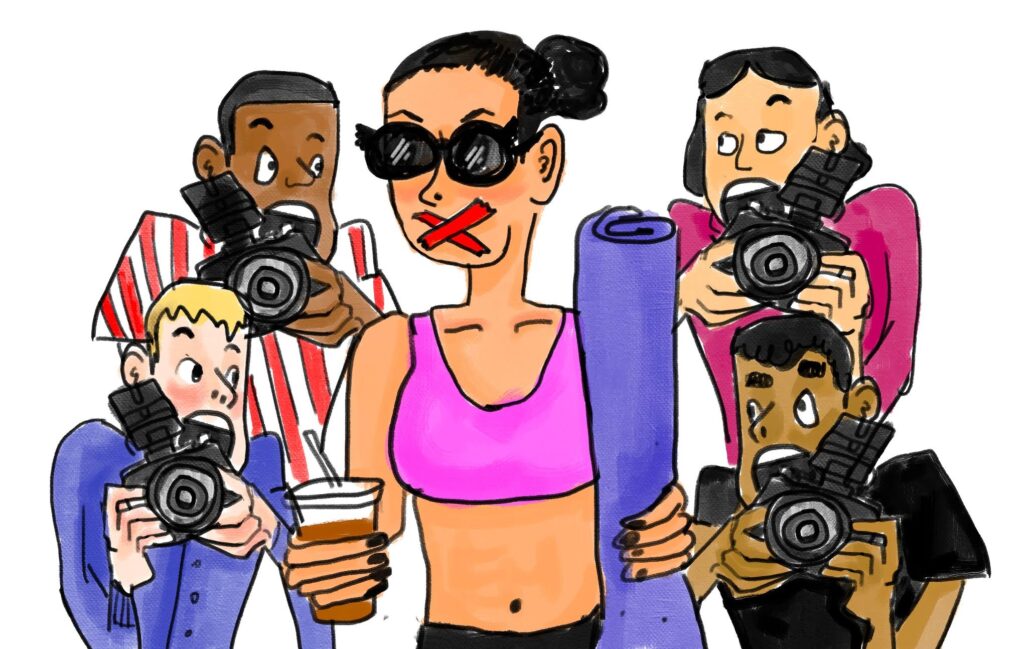 In what will certainly go down as a cornerstone development of the 21st century, scientists at the University of Science in Siberia met Monday morning to discuss the unthinkable.

Various heads of state were also in attendance, promoting the gathering to a summit of scientific sorts; talks revolved around a recent development in our very own local tri-state area. To be precise, a gluten-free vegan crossfit trainer named Mystica Seven announced last Saturday evening that she would be embarking on a lengthy bout of silence due to Donald Trump’s inauguration on Dec. 20.

She took to popular livestreaming app Periscope to issue this official statement and did so after a relatively turbulent diatribe during which she asserted, in part, “It just really bothers me that when you photoshop his mouth onto his eyes, his face still looks the same.”

As for the exact length of her elective silence, she said, “I’ll decide once I read my Daily Nexus horoscope.”

Despite the impressively political nature of the stand Seven is taking, Monday’s meeting focused more so on the biology of the individual in question.

“We believe Seven is, to put it bluntly, a superhuman,” head scientist Roam Margo said at the press conference directly following the meeting. “We know of no other case in which someone with her credentials — gluten-free, vegan, crossfit trainer — has been able to refrain from speaking about said credentials for more than 34 seconds.” He went on to say, “We have come to the conclusion that she is a descendant of either Zeus or John Stamos.”

A source close to Seven, who has since been dubbed “Woke Jesus” by nonpartisan news outlets like Teen Vogue and The Guardian, is convinced that she may also be a free-trade advocate. According to Margo, this pending discovery “makes her vow of silence all the more mystifying.” When asked whether he or she would be accompanying Seven on her wordless journey, the source said, “I really would if I could, but I do a lot of bikram yoga.”

Margo ended Monday’s press conference by taking a few questions, perhaps the most poignant of which came courtesy of The Daily Daily’s Sempris Hergesheimer.

“Do you plan to assemble a rough-and-tumble task force with Seven at the helm in order to clean both the domestic and international streets of crime?” Hergesheimer said.

“For matters of homeland security, I am not exactly at the liberty to say, but know this: We have reached out to Woke Jesus. Of course, the nature of her political stand makes it difficult to contact her, but among other things, we have set up a heavy duty line of grande mocha ice blendeds stretching from her house to the university. She will most likely reach the university in 24 to 78 hours, at which point we will begin analyzing her genome and such in order to get a better grip on the situation.”

For up-to-the-minute developments on this story and more, head to the Daily Nexus’ match.com dating profile.

When he’s not drinking kombucha whilst hot sauna-ing away his deepest desires, Jake can be found in a meditative trance somewhere along the I-5.