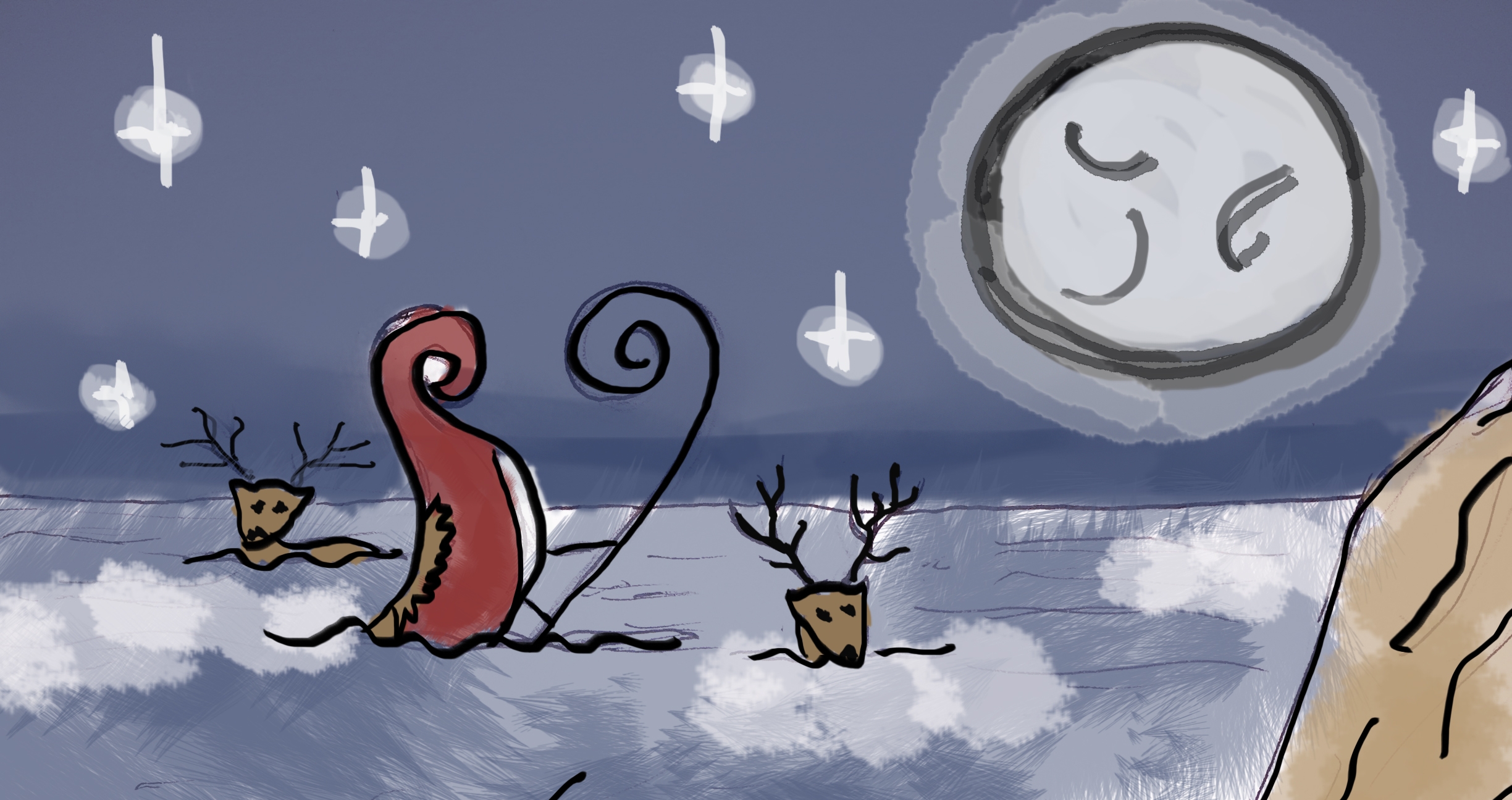 SANTA BARBARA, CA—Chaos almost ensued this Christmas Eve when a mechanical error caused Santa’s sleigh to plunge into the Pacific Ocean just off of Campus Point. Luckily, some UCSB students were enjoying a midnight surf when the reigns detached from the sled, rendering Old St. Nick flightless. Local students were able to pull him to shore without much trouble and, thankfully, no reindeer were harmed.

“At first I couldn’t believe it,” second-year environmental studies Joseph Wilkins, one of the rescuers, said. “I’ve wanted to spot the guy since I was a kid, I didn’t think it would happen like this.”

The students then treated the Christmas icon to a bite to eat while he waited for his replacement sled to arrive.

“We did what all college students do in a time of crisis, we went to Freebirds,” third-year philosophy major Mario Moreno said.

Santa reportedly ordered a quesarito and two servings of nachos and was not charged extra for guacamole. The Daily Nexus could not get a staff member to the scene in time, however, the head elf of the North Pole issued this statement on Mr. Claus’s behalf:

to the rest of the world. The quick and selfless action of these

boys shows that there already is magic out there, all you have

Despite the incident, the workshop is on track to complete all necessary repairs in addition to all the toys required for next year’s run.

Emily is a linguistics major that believes in the power of magic and that of Freebirds steak quesadillas.