The Daily Nexus
On the Menu
Starbucks Protestors Use Unusual Methods
December 23, 2016 at 8:21 pm by Kelsey Ferrara 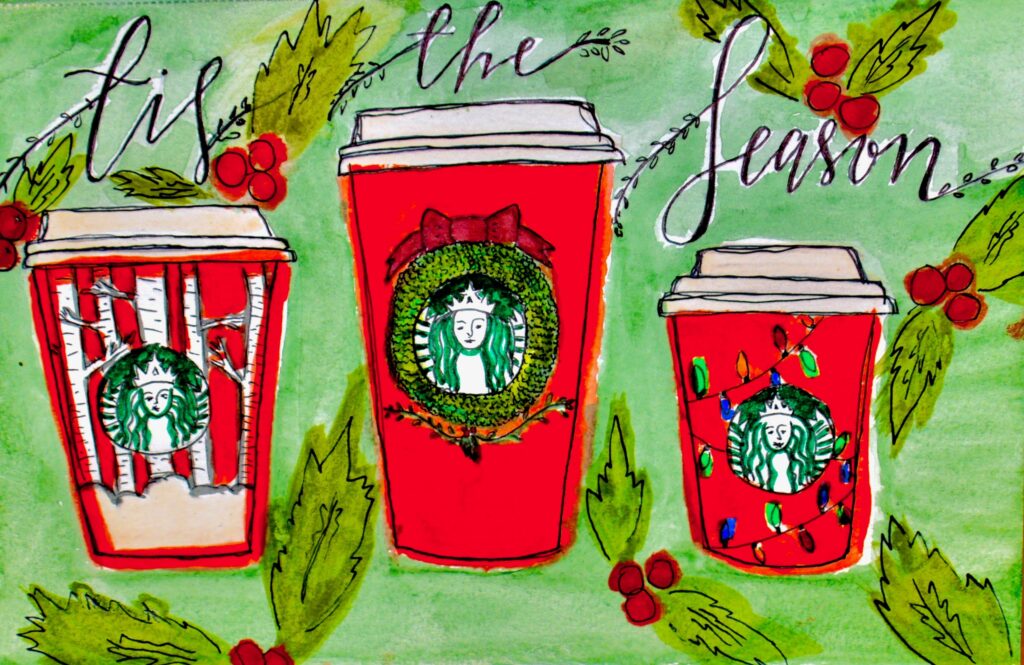 After winning the 2016 election and dividing the country, pro-Trump coffee consumers have decided to target Starbucks. They have launched a protest, also known as the #TrumpCup, which requires protesters to go into Starbucks locations and make a purchase. While at first this may seem to go against the basic definition of a protest, their end goal is to force an underpaid barista to write either “Trump” or “Merry Christmas” on the side of their Caramel Macchiato. The basic premise of this so-called protest is hard to understand because individuals who resent Starbucks are willingly giving their money to a company so they can behave passive aggressively toward teenage workers. The TrumpCup hashtag has been bouncing around the internet for some time now, often sporting pictures of white people sipping on coffee with a barely legible “Trump” scrawled on the side.

Conservatives first began targeting Starbucks when the company shocked the nation last year by releasing plain, red, minimalistic coffee cups. Since they were completely devoid of decorations, swarms of outraged customers took to the internet to vent their frustrations that their favorite coffee shop was so clearly waging a war on Christmas. The viral outrage even managed to make news headlines across the country as Starbucks was called out for not putting Christian symbols on their holiday cups. It’s almost as if there are other holidays being celebrated during this time of year!

Just as the TrumpCup was starting to gain attention, Starbucks opened a worldwide competition for ordinary artists to design the iconic holiday cups. Winners lived in places like Indonesia, the United Arab Emirates, Canada, the United States, Russia and South Korea. Those behind the competition seemed to embrace the holiday spirit of peace on Earth and goodwill to men while acknowledging that they are not impressed by the TrumpCup protesters. In the end, 13 designers from across the globe were selected to represent this year’s festive Peppermint Mocha season. A few designs that might grace your morning coffee include a messy tangle of white lights, intricate falling snowflakes and a sleigh flying over a sleepy suburban town.

The rage over Starbucks cups popped up again earlier this year when they released their “Unity Cup” in November. This glorified piece of green cardboard was supposed to symbolize national unity after a rough election season. Many individuals again took to social media to complain about the nerve Starbucks had to create such propaganda. They grew even angrier when the artist, Shogo Ota, revealed that he drew people from all walks of life embracing on the green cup using only a single line. This was meant to represent how everyone in the country is still connected with one another, no matter what invisible barriers divide us. However, the sentiment was not appreciated as #TrumpCup efforts were increased. While coffee cups may seem insignificant, internet trolls seem determined to continuously find fault with Starbucks designs.