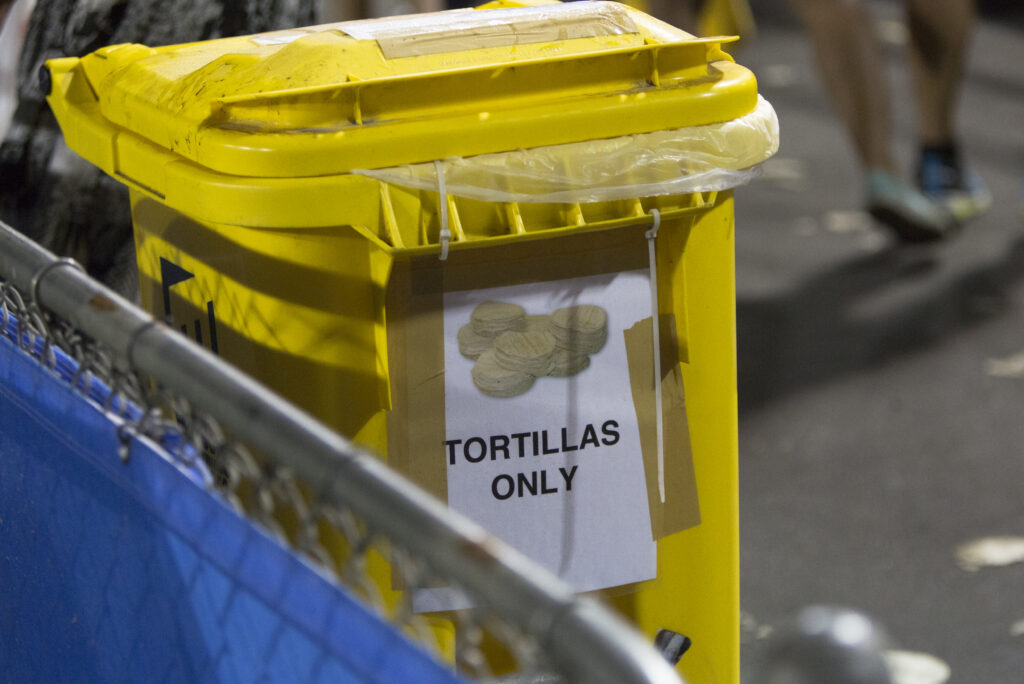 Portola Dining is giving a new meaning to the phrase “Reduce, Reuse and Recycle.”

While the situation is still under heavy investigation, recent official reports gathered evidence that Portola Dining Commons does, in fact, recycle the celebratory tortillas thrown by students during UCSB soccer games for their own menu.

Reports show that as soon as the tortillas hit the grass, they are immediately grabbed by volunteers and loaded into a van to be transferred to Portola’s Center for the Culinary Arts. Once inside Portola’s esteemed kitchen facilities, the tortillas are left untouched and preserved for meals the following day.

“The grass blades and dirt specks complement the lettuce and meat quite nicely,” said Portola Chef Bruno Moretti. “I see no wrong in reusing the soccer field tortillas as our own.”

Despite health and sanitary concerns, students residing at the Santa Catalina residence hall were not surprised after learning the tortillas they threw on the field hours before were the same tortillas they ate just hours after.

“It tastes like everything else served in Portola,” first-year Cody Dustin Jenkins stated as he took a hearty bite out of his reused burrito. “I don’t really care anymore, about this or anything else, to be honest.”

His statement follows the startling discovery that the University has lowered the budget for Portola Dining in order to fund the extermination of the mythical creature allegedly living in the lagoon.

Vianna Mabanag is a first-year English major, and she eats at Portola every day.