The Daily Nexus
Nexustentialism
It's satire, stupid.
5 Things You Need to Know About the Republican National Convention
July 25, 2016 at 7:08 pm by Emily Anne Williams 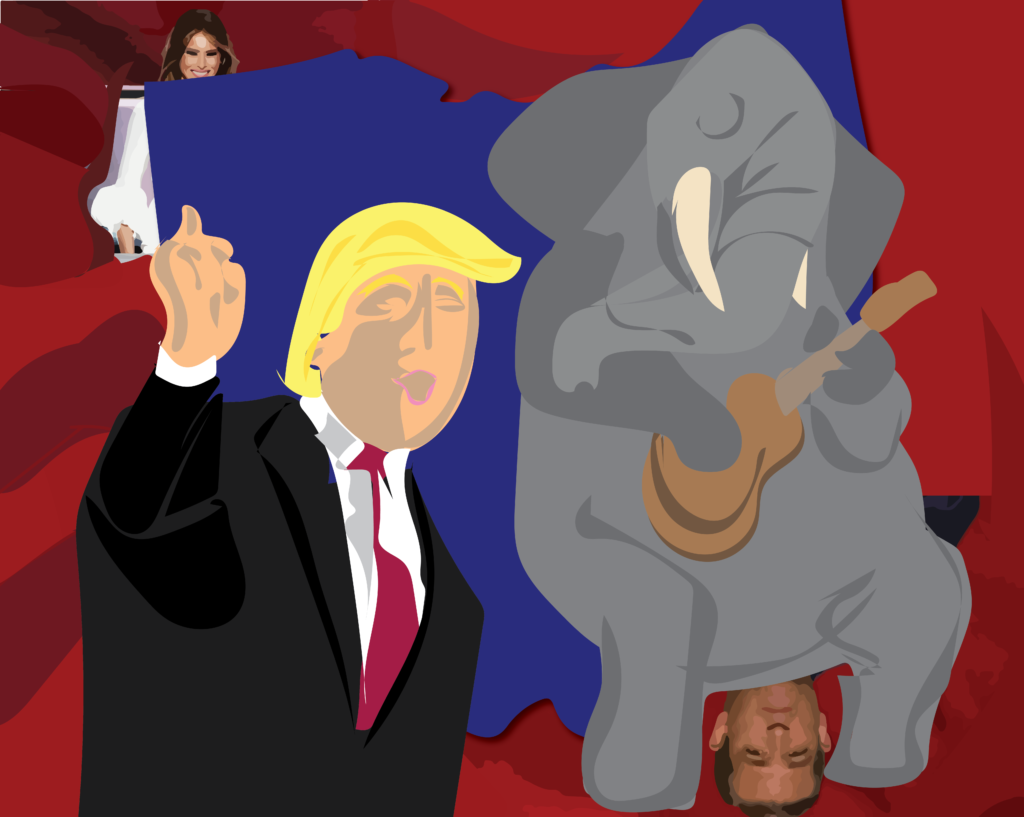 Convention season is here; it’s basically the Oscars for politicians. This last week, everybody who’s anybody of the Grand Old Party was in Cleveland to watch Donald Trump’s presidential nomination become official. Here’s what you need to know:

1. Yes, he did accept the nomination.

Although many of us were expecting Ashton Kutcher to step onstage, The Donald did deliver his acceptance speech, making him the official Republican nominee as of Thursday night.

Many were anticipating Cruz’s endorsement of Trump, although on Monday a few delegates asked for the rules of the convention to be amended so they could vote for the Texas senator instead. Some speculators say Cruz’s speech was met with boos because his endorsement wasn’t apparent, others say it’s because he used a line popular with Clinton supporters: “vote your conscience.”

3. Guns were allowed in the venue, but magically everyone walked away unharmed.

With the media’s constant magnifying glass on gun crime, it’s hard to believe that anyone can be within a foot of a firearm without getting their head blown off. Despite all this, and the pressure added by a few small protests, no one was shot at the GOP convention.

4. Governor Kasich was nowhere to be found.

Ohio governor and former presidential candidate John Kasich was another highly anticipated guest that would end up disappointing the crowd. Although Kasich was the convention’s unofficial host, he didn’t make a single appearance. Another one of Trump’s former competitors, Florida senator Marco Rubio, made a speech through video so he could focus on his reelection campaign.

5. There was some major salt regarding the Trump family.

On Monday night, Melania Trump made a speech that later made her the suspect of plagiarism due to the speech’s resemblance to one made by current First Lady Michelle Obama. Later a speechwriter clarified that Melania had shown the phrases to her and that the writer had included them in the final draft. Donald Trump refused to accept her resignation. On Thursday night, Ivanka delivered a speech that left conservatives reeling after she mentioned democratic talking points such as the gender pay gap. However, many Republicans soon forgot about it once she stepped out from behind the podium and her entire body was in view again.

Emily Anne Williams is a linguistics major that watches politics because she loves having a reason to bash her own brains in.