Ladies and gentlemen, and those who feel they fall somewhere else on the gender spectrum (we are all-inclusive here at the Daily Nexus), grab a Mike’s Hard Lemonade and stay awhile — October is upon us. That means it’s time for your mom’s would-be-award-winning-if-it-wasn’t-for-Jane-Lieberman-paying-off-the-judges pecan pie, offensive amounts of PSL drug paraphernalia and most importantly, the almighty “Halloween movies and chill.” You might be thinking, “Wait, doesn’t he mean Netflix and–”

While “Halloween and chilling” does involve watching a movie with a significant other, there are two game-changing differences to keep in mind:

1.) The movie must be October-ish in respect to general plot structure and/or theme.

Keeping that in mind, I will kick off the definitive list of movies to Halloween and chill to, and describe in great detail what type of chilling will occur after watching said movie. 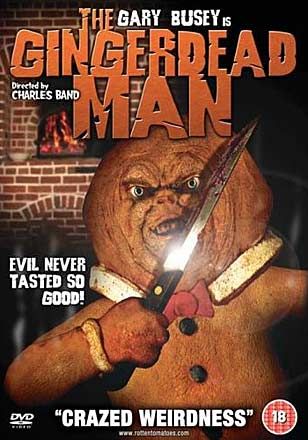 Set in Waco, Texas, this cult classic follows the trials and tribulations of a certain Gary Busey-voiced gingerbread cookie with murderous tendencies. This seemingly innocent dessert is brought to life when a bakery-owning mother of a deceased serial killer uses his ashes along with the blood of a worker and a bit of electricity to put the soul of her son into the cookie. The cookie’s reign of terror is eventually brought to an end, but not before his essence gets put into some cookies that are shipped to Los Angeles. Check out the trailers for the sequels here and here.

You are no longer in the mood to love your boo. You’re too busy thinking about the gingerbread cookies you have cooking in the oven at a consistent temperature of 350 degrees. You wonder if, somehow, someway, the ashes of a certain local serial killer just maybe got into the gingerbread mix. You go downstairs to check the oven and the cookies are gone … Not to worry, though, your mooch of a roommate ate them. Maybe you’ll sleep with one eye open that night. 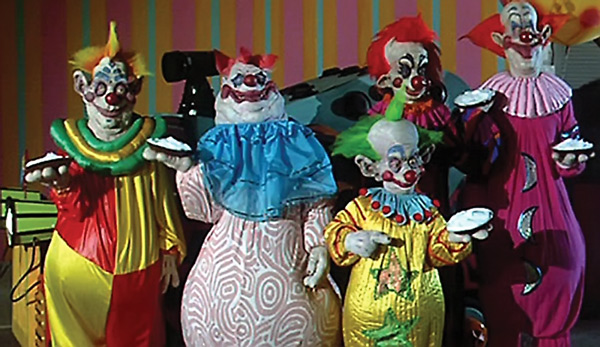 Students Mike and Debbie are making out at a local make-out spot when they see a falling star heading towards Earth. Like any responsible horror movie couple would do, they check out the crash site. They see a glowing circus tent and come to find that inside said tent is a bunch of killer klowns. The town that they invade, modern day Santa Cruz, California, is terrorized by these killer klowns. People are dying, and no one knows what to do until a man named Hanson shoots one in the nose, causing it to die. “That’s the ticket,” he should have yelled. With this knowledge, Mike and Debbie save the day.

You get a call from your dad; he recounts his days at the circus. You confuse your father by telling him you don’t want to hear the story, although usually you’re extremely indifferent on the concept of circuses and clowns. He begs you to stay on the phone, but you can’t muster the courage. Your significant other attempts to bring you close so that you feel better, but you prefer to be alone with your thoughts. You don’t want him or her to die outside due to aliens though, so you let him or her stay at your place. 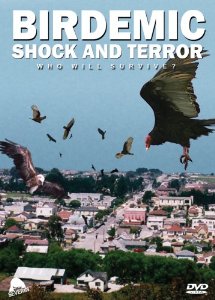 Rod and Nathalie are a software-selling, Victoria’s Secret-modeling tandem. They are oblivious to the obnoxiously consistent local forest fires and large amounts of dead birds. The birds in question spit acid and explode into flames upon striking the ground. Tom Hill, a forest expert, says the birds only go for gas stations and cars because they are sick of global warming. The couple and two estranged children flee town, go to a small beach and are ultimately protected by doves, who scare away the birds.

Your significant other admires the movie for its drive and ambition; it inspires him or her to get it on. You couldn’t feel more different; you decide it’s only right that you check out your pet birds for signs of acid buildup or possible explosions in the near future. For good measure, you give your birds tums and soak them in tap water. You send your boo home because you are disgusted that he or she would admire such a film and you lock yourself in your closet with a blanket and a pillow.

You have possibly just watched the “best movie of the century” candidate. You wonder why Nicolas Cage hasn’t won every acting award for everything forever. ‘What a performance,’ you think to yourself. You take your boo to Burning Man, a much better, less Cage-y version of “Wicker Man”, and make love on top of the tallest infrastructure. 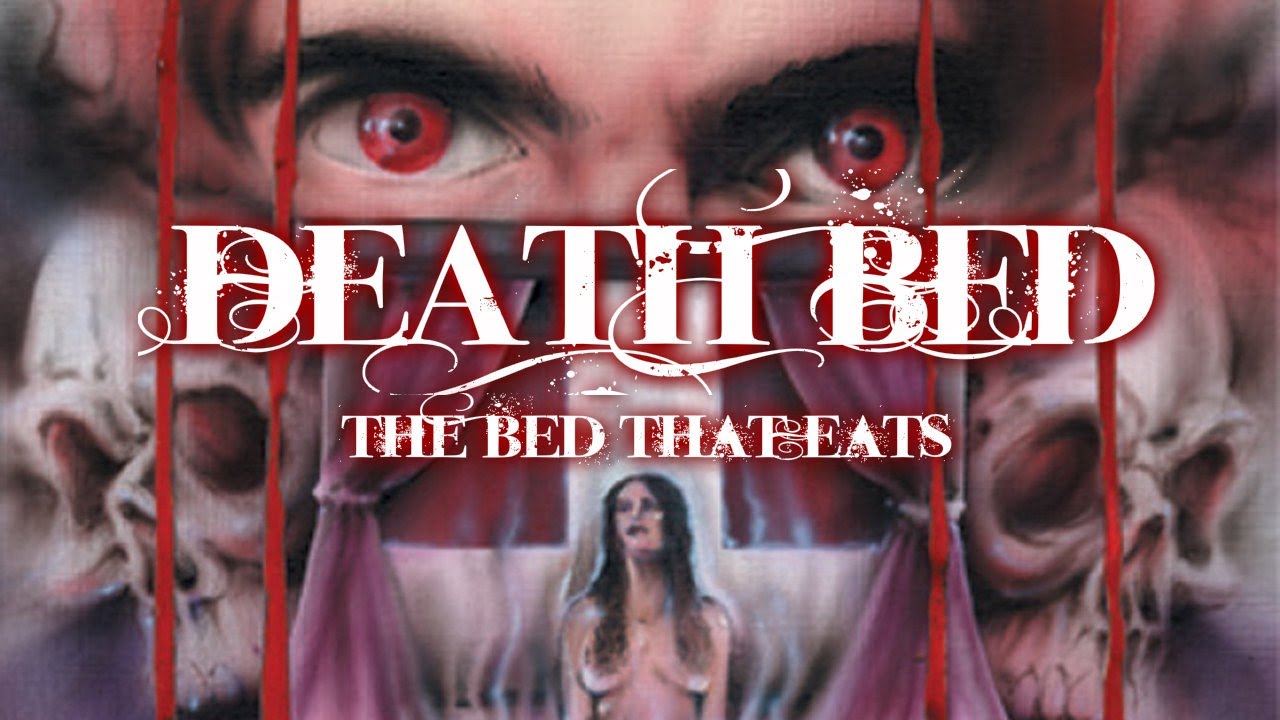 Strap yourself in … time for the best movie since movies and sliced bread. First a young couple come across an abandoned house and make love on the house’s bed. Plot twist: the bed is possessed and they get eaten. A painting containing the only man to ever be spared by the bed mocks the bed for being stupid. The bed destroys the house that contains it. The bed proceeds to eat some more people, and then the demon that made the bed falls asleep momentarily, suspending the bed’s evil powers. The man in the painting then tells someone trapped, but not eaten by the bed, about a ritual that will save her. The woman carries out the ritual, teleporting the bed out of the room and killing her in the process. The bed’s mom is then revived, at which point the bed and mother have sex. If that wasn’t enough, the bed then spontaneously bursts into flames. The end.

You immediately get off the bed you were watching this movie on and burn it with your lighter that you save for U2 concerts. All romantic interest and bed related activities have disappeared from your mind so you and your lover get food instead. However, the night ends with canoodling on the kitchen counter, considering that your bed is now burnt to a crisp and there are leftovers merely a few feet away from you.

Birdemic is the most amazing film in existence.