The Daily Nexus
On the Menu
My Mother’s Cooking: Albondigas Soup
October 7, 2015 at 5:00 am by Collin McLeod 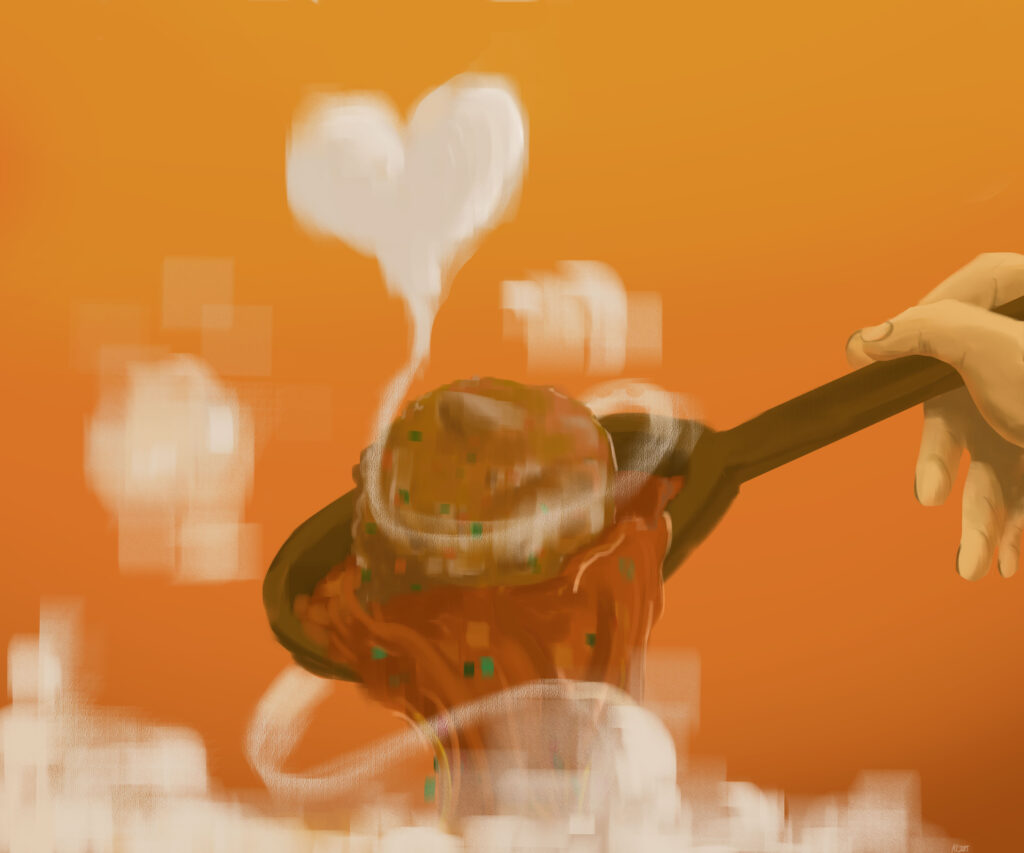 American chef Paul Prudhomme once said that “you don’t need a silver fork to eat good food,” and, goddamn it, he could not be any closer to the truth. Too often do I find myself reading about where different food critics discovered their favorite meals, and I can’t help but wonder where the connections to real people are. Sure, their descriptions are sinfully sensuous and mouth-watering to say the least, but what do I care if I cannot afford half of the scraps that are left over? The best kinds of food are made from the soul with a lot of love; so, for me, the best meal I have ever had comes from home. In case you were wondering, this is not a piece on how foie gras changed my life.

As a former chubby kid, most of my early childhood memories are surrounded by food. I was the proudest member of the Clean Plate Club to say the least, and there was a reason for that. My mom was one hell of a cook. Rest her soul, she was probably the reason I exceeded 200 pounds at five feet, seven inches in high school. Out of anything she ever made me, however, there was one meal that I actually anticipated each month. Not like the “I am so excited!” kind of anticipation, but, rather, the kind of anticipation where I would be legitimately heartbroken to the point of tears if I did not get it. My mom could make some seriously wicked albondigas soup.

Now, I know albondigas soup sounds quite exotic, but believe me when I say that it is actually very easy to replicate. It is a Latin meatball soup, but its simplicity does not mean it does not kick ass in the flavor department. Every time my mom made albondigas, it was like going to Disneyland. The recipe calls for garlic powder, rice, tomatoes, potatoes, coriander, cilantro and more, the scent of which was like waiting in a long line to get on Space Mountain. Finally came the serving. My huge bowl filled to the brim with broth so hot its steam practically became the Disney cast member who would lead me onto the ride of my life.

I would dive right into it, ripping the soft beef meatball to shreds. As I shoveled it into my mouth, all I could taste was the sweet glory of cilantro, tomato and various spices my mother so artistically crafted into the meal. I would gulp every last drop of the broth left in the bowl and beg for more. As I reflect on my experience with this meal, I can only imagine what my mother’s face looked like. I can imagine pride, since she knew she did a damn good job, but I can also imagine disgust at her own child’s morbid food obsession. Regardless, I was happy and full.

Though I no longer have the opportunity to partake in my mother’s albondigas soup, it is a memory that I will forever cherish. Not only was it meaningful to me because of its taste value, but it also did not cost my mom a lot of money to make. So fear not, foodies, for it is okay if the best meal you have ever had is something your mom made you as a kid. The fork you eat from does not have to be silver in order for your meal to be the best.

how much does one bowl cost

I need to know now

its for a school assignment

Thanks for the memory sindy love, when i was in kindergarten my mom would make home made soup those days. i would come home to the windows with condesation and as a kid i thought that was the neatest. mom would use the ham bone and make a bean soup along with freshly made tortillas, then a hot bath, my favorite “jammies” on she would hold me in her arms(and now i am a bear type dude) and hum me to sleep for a little boys nap. wow!

I remember it well..your Mom Was the best cook ever and she did it naturally..No big deal for her to make a meal for 10 or 2.
I loved her, she was a bright light in this world.
I still and always will miss her.