The Daily Nexus
Nexustentialism
It's satire, stupid.
Social Media Madness
July 5, 2015 at 9:56 am by Jake Feder

I remember it like it was yesterday. I was scrolling down my explore page on Instagram when I stumbled upon a profile that would change my life forever. The profile’s description read, “You can’t get an STD if you don’t get tested,” and it was at that point that I stopped everything I was doing and dedicated the next several hours to finding out who this profile belonged to and what its purpose was. It turns out that a man nicknamed “The Fat Jewish” ran it, and he basically sought to curate the internet funnies. And the best part was that there were more profiles just like him. Fuck Jerry, Beige Cardigan and others all serve the same purpose. Here are just a few college-related posts that most students have identified with at one point or other throughout their college career.

1.) I am all for this. Textbooks cost three arms and four legs, not to mention the scientific fact that they break backs on the daily. Nudes do have their place though. 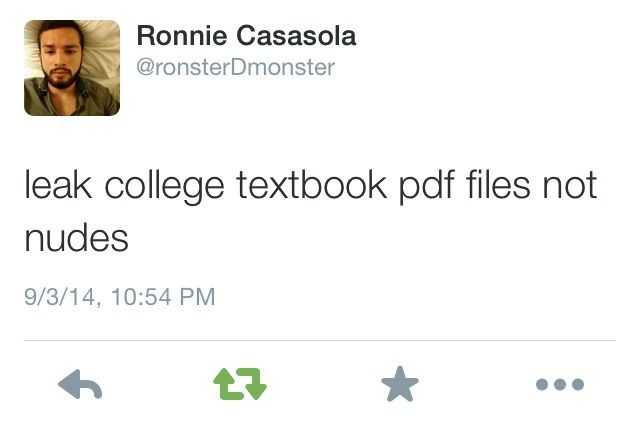 2.) Even though I hate math with a burning passion, word problems involving copious amounts of produce were the only ones I could stand. 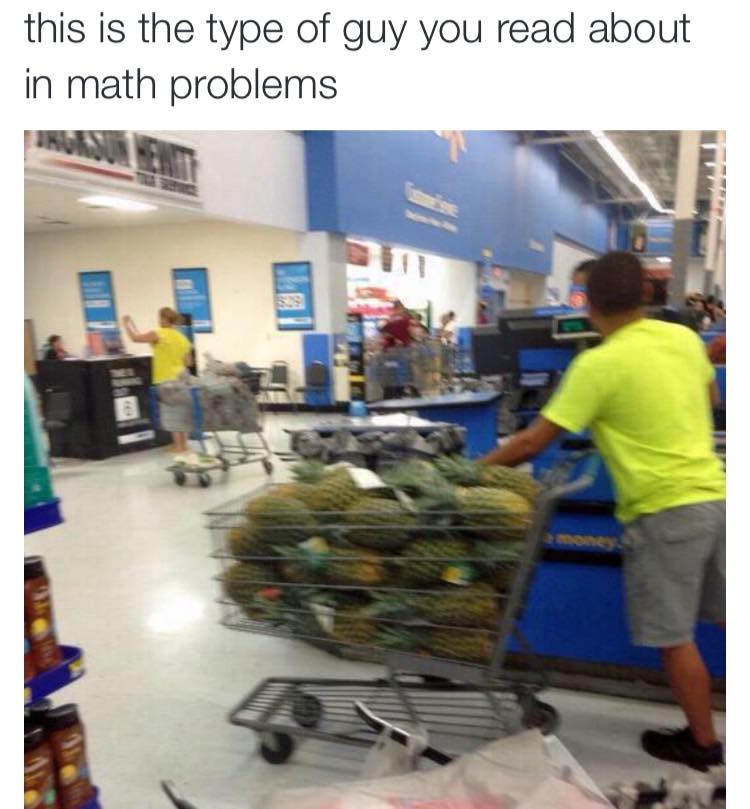 3.) If this isn’t totally, 100 percent, without a doubt #UCSBLIFE, I don’t know what is. If you’re going to borrow my bike for the night, please please please tell me what you thought of the ride. 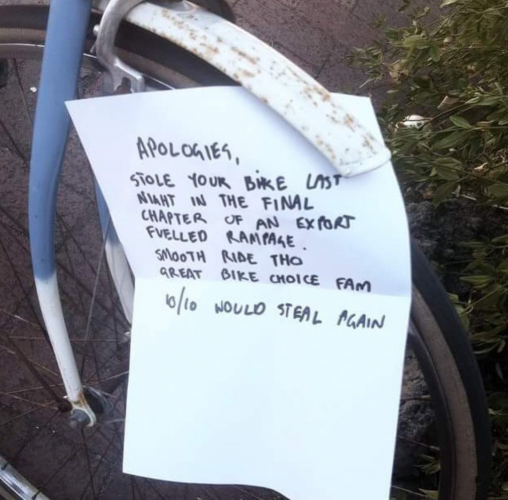 4.) Not only is this a photo of our campus, but it’s also a cause I stand behind. Save the decorations for December you freaks. 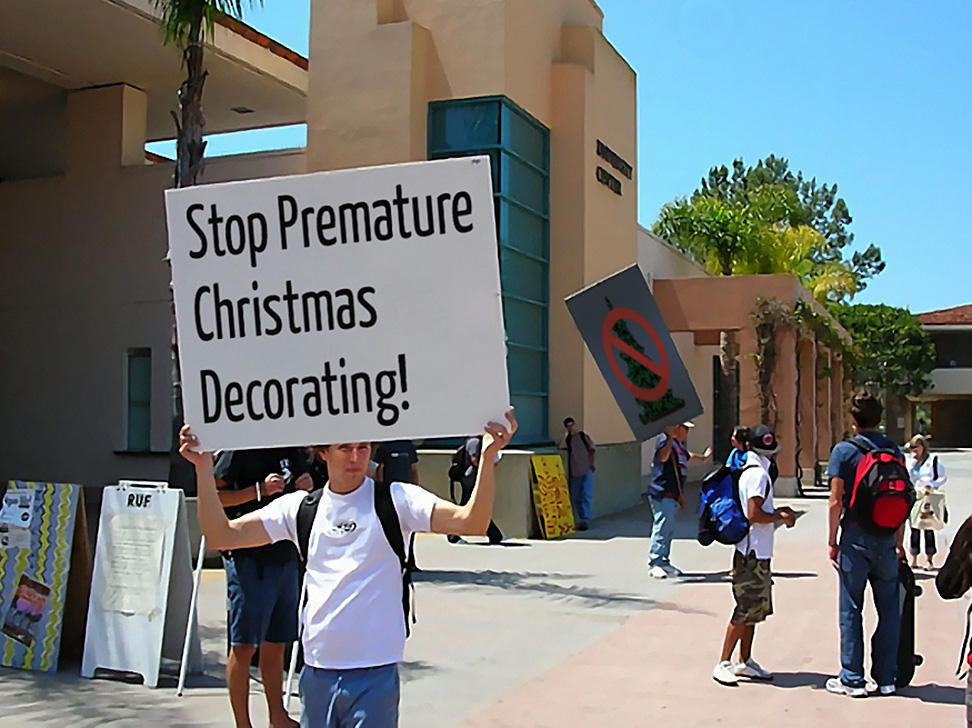 5.) “Aim for the moon and you’ll end up somewhere in Gardena with one-dollar bills in your bra strap.” -Me 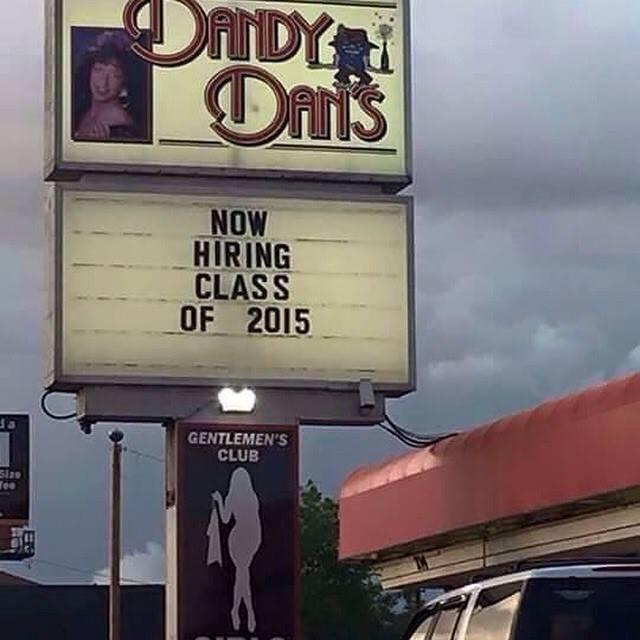 6.) Finally, a realistic portrayal of what I do at parties. Cereal is underrated as it is, but it’s criminally under respected as an alcohol alternative. 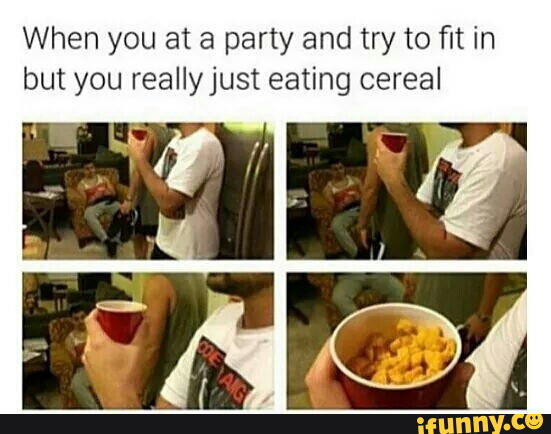 7.) Although group projects aren’t as common as they once were, they still end up with some guy named Greg or Sheldon doing all the actual work. 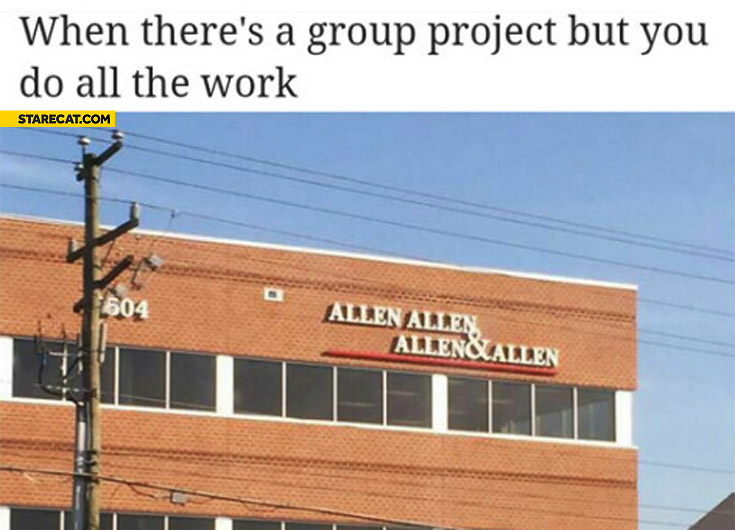 8.) DDs know the deal. Drunk people and newborns are one in the same when it comes to following directions, moving and trying to go to sleep. 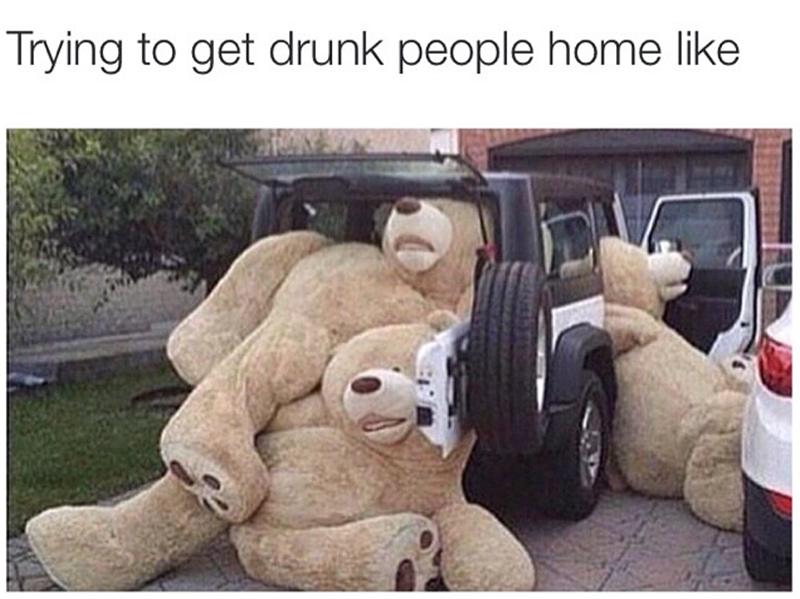