The Daily Nexus
Nexustentialism
It's satire, stupid.
5 Awesome Gangster Movies You Haven’t Seen
May 15, 2015 at 9:50 am by Kevin Clark

Too often, the gangster genre gets boiled down to a handful of classics: “The Godfather,” “Scarface,” “GoodFellas.” And I don’t mean to disparage or denounce those films — they’re all very good movies — but there are plenty more to which no one seems to be exposed; films that shed the romance and clichés of traditional mafia-flicks (sorry “Godfather” fans) in order to say something new. Cinema tends to caricaturize gangsters, turning them into something more akin to folklore and legend — they’re cool and suave and classy. These are five awesome gangster movies that take a more verisimilar view of the world of organized crime. A world where a bullet in the back means you’ll never walk again; a world where no one is safe. These films have fucking grit. They’re dirty and ugly and seamy and oh-so fantastic. 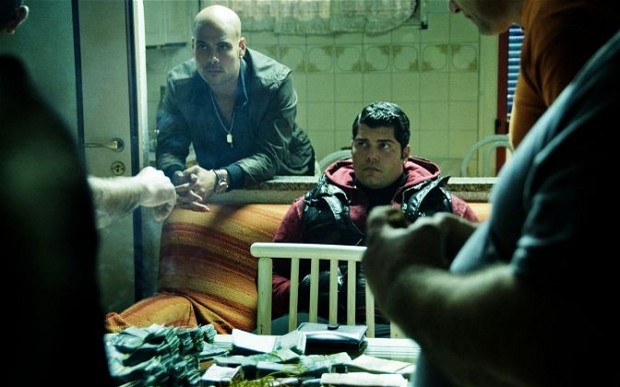 This Scorsese-approved, Italian-made, gangster flick explores many facets of the Neapolitan mob from corporate corruption to the street-side dealings of impoverished urban ghettos. Five different, concurrently running, but never intersecting stories of unorthodox enterprise: A child of nine gets indoctrinated into a local mafia, exposed at a young age to violence, death and betrayal; an esteemed Italian tailor recruited to instruct exploited sweatshop workers in the art of counterfeit production; a young man shadowing his corrupt, self-aggrandizing father through his not-so-kosher, white-collar, industrial dealings; a money-runner caught between the manipulations of two rival gangs, and two young wannabe gangsters who come across a massive stash of illegal weapons. This film presents characters facing situations too large to control. We watch with a strange mixture of horror and melancholy as their existences fragment and scatter before their eventual termination. 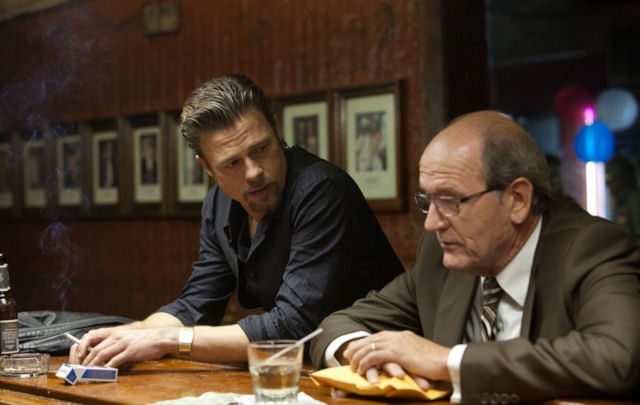 Brad Pitt, Richard Jenkins, Ray Liotta and James Gandolfini (Tony Soprano). With such an all-star, iconically gangster cast, I think this is just one of those films that slipped through the cracks of criminal cinema. Not focal to its plot (which is quite simple), this film shifts its lens towards its motley characters as they meet their often unsubstantiated demise within the chaotic and brutal world of gangster enterprise. But for every part heartless this film is, it is equal parts beauty. Rather than through intense, back-and-forth battles between characters, each on-screen death comes via poetic execution. Brad Pitt plays a sort of smooth-talking, cigarette-smoking, merciless angel of death. He kills without blinking, without hesitation, all the while explaining to his more perturbable companions how killing isn’t personal, it’s business. The film’s characters are beaten, tortured and executed; often despite having done nothing wrong (and with their attackers being equally aware of their innocence). This film explores the seditious perversions of the human condition. And unlike the more theatrical representations of some of the more iconic gangster films, “Killing them Softly” does not encourage or romanticize the gangster lifestyle. 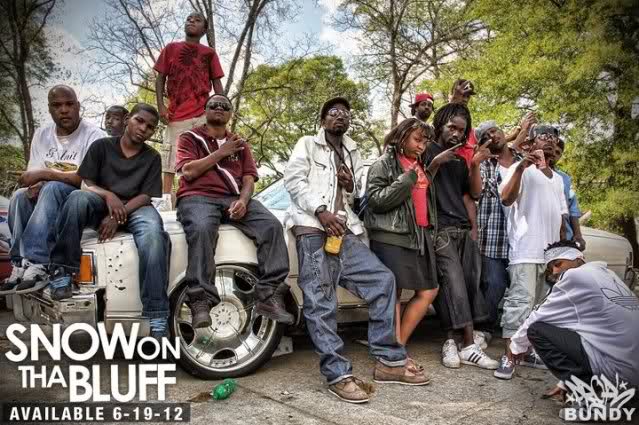 This is a fun movie, and definitely the best found-footage film I’ve ever seen. Following Curtis Snow — a drug dealer living in the green ghettos of Atlanta — this film opens with him stealing a video camera from some tourists during an armed assault. The rest of the movie is him using the camera to record the many exploits of himself and his gangster compatriots. This movie has a little bit of everything — from heartache, to action and comedy — and distinguishes itself through its unromantic representation of a gang culture often overlooked in cinema.

But don’t think for a second this movie is all serious; it’s funny as hell: Curtis smoking blunts, dealing coke, drinking 40s, and engaging in all-around fuckery with his friends is some of the funniest shit I’ve seen on screen. But the film is not without its fair share of intensity: revenge killings, gun fights, exchanges with cops and drug dealers; all done with such biting realism in both content and acting that after the first time I saw it, I thought it was a documentary. It’s also a very emotional movie, showing the plagues and anguish that come with destitution. I can’t recommend this movie enough. However, unless you’re from Atlanta, you might want to turn on the subtitles, as the characters’ southern ebonic vernacular sounds about as foreign as Japanese to suburban white bread such as myself. 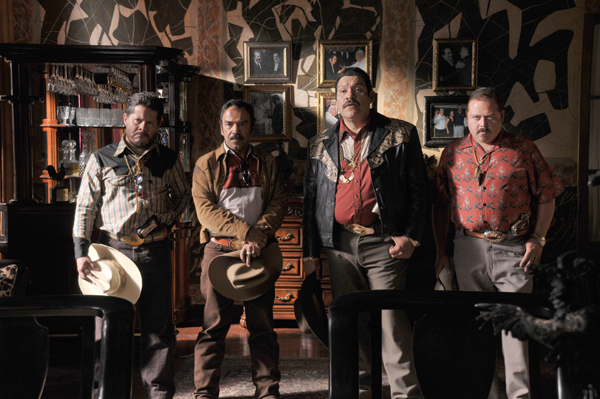 This is just a damn good movie. It’s a gangster film to its core. There’s cocaine, corruption, prostitution, executions, torture and more. It’s got grit, and rightfully so considering it follows a drug cartel in a small, impoverished Mexican town. In addition to being wholly entertaining, this film really shows on a personal level how much the drug trade has bled into everyday life in Mexico. But I don’t want to give the impression that this movie is depressing, or even sad. It approaches these dark themes with an oddly upbeat cynicism. And despite its murder, mayhem and pain, it’s actually a really funny movie. I would say more about it, but you’re just going to have to see it for yourself. 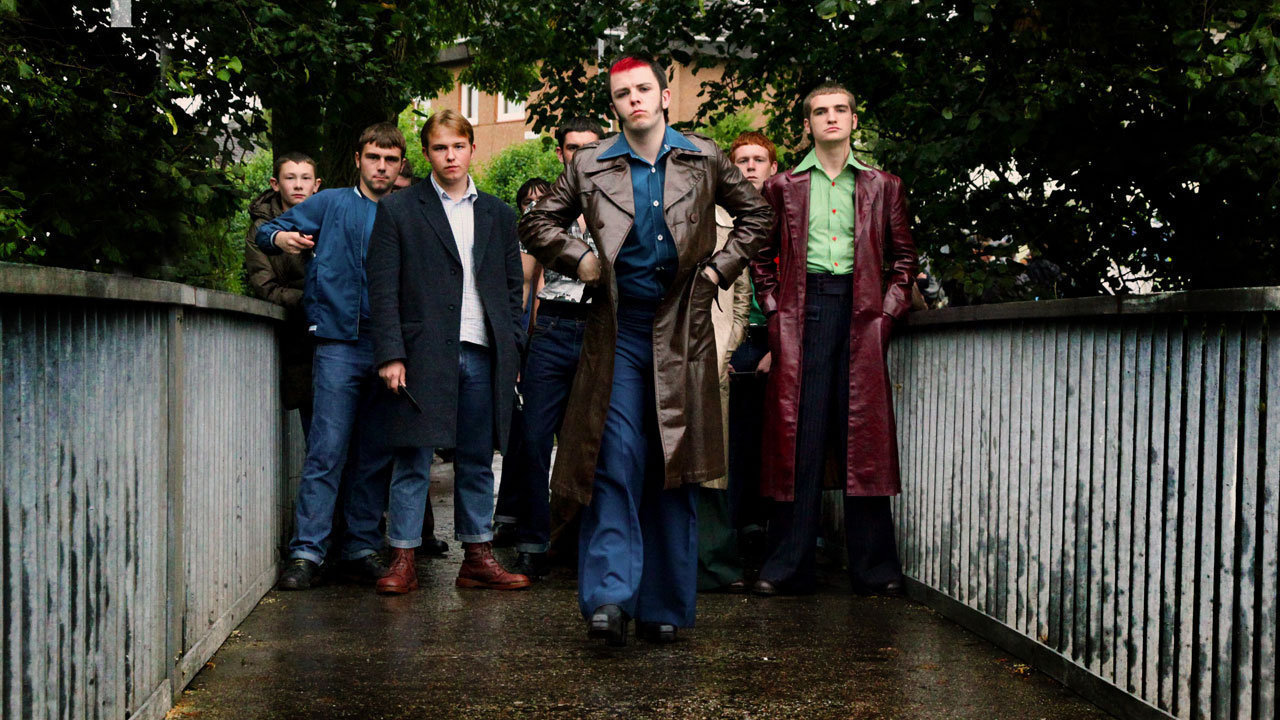 This film is the only one on this list not on Netflix; an unfortunate fact because I think it’s one of the best. And along with “Gomorrah,” it’s one of the more serious. “NEDs” stands for Non-Educated Delinquents, which pretty much sums up its characters. Following the anxious, working-class teens and preteens of Scotland in their quest for belonging, this film demonstrates all family gangs have to offer and why so many promising youths seem to happily shed their otherwise comfortable (and even prosperous) home lives for the ragtag tomfoolery of street life. One thing I noticed about this film is that every character is a horrible person — every single one— throwing your head into dissonant knots as you try to figure out who you’re supposed to sympathize with and why. A kid gets his throat slashed and nearly dies, but you find yourself taking little pity on him because he was a shithead who had it coming. A boy gets beaten so hard with a rock he becomes mentally disabled, but you know he would have done the same to anyone else had he gotten the chance. The teachers, the parents, their kids — everyone in this film is abusive and horrible, yet not in any ways that seem farfetched or out of the realm of possibility. Despite its chaos, pain and destruction, not a single action in this film is committed without reason (no matter how distorted those reasons might be). This film has the youngest cast you’ll find on this list, but I wouldn’t put it out of the running for most brutal.