The Daily Nexus
The Daily Stench
Spiritual man takes pride in killing his ego
December 1, 2022 at 4:20 am by David Litman 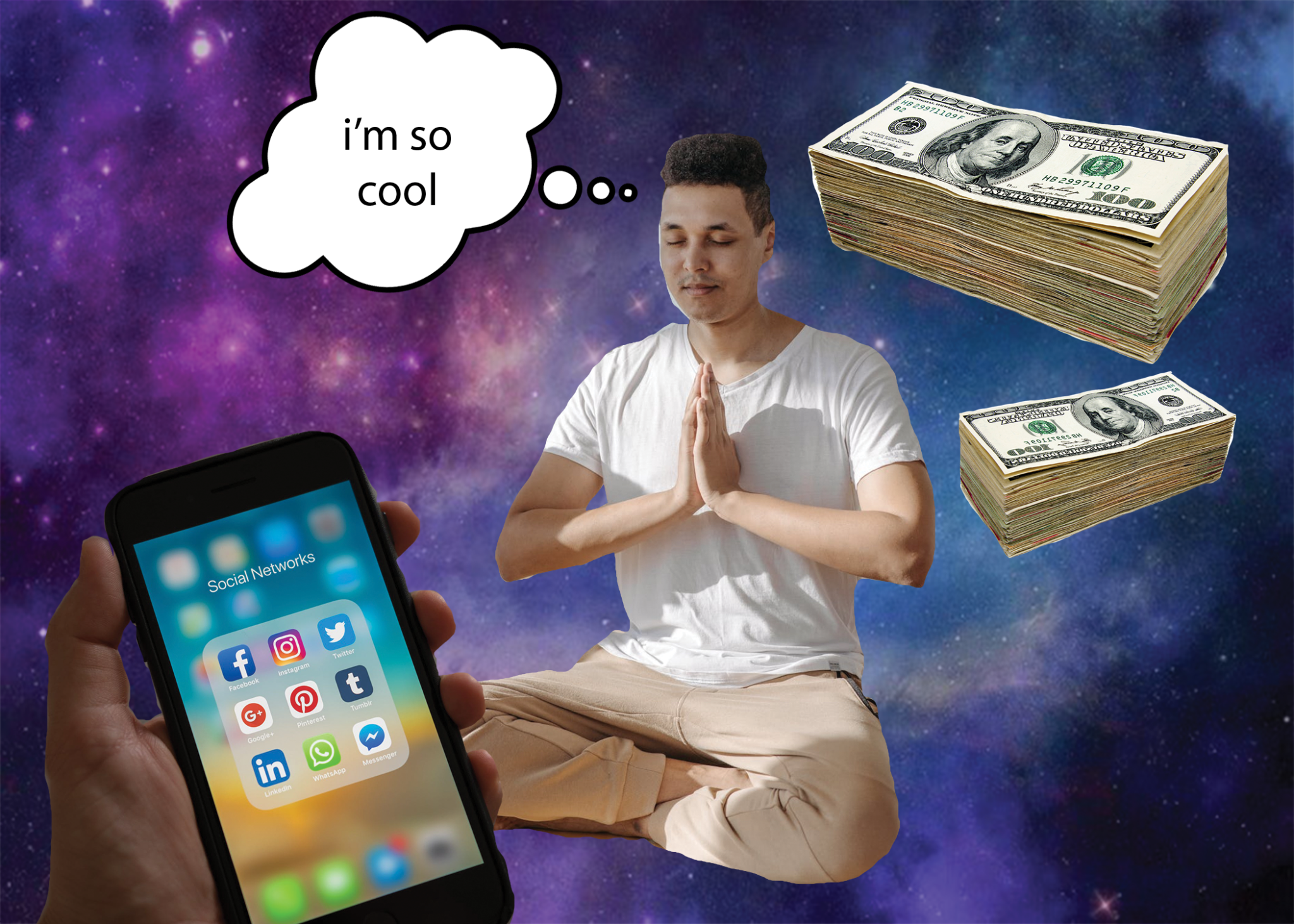 Opening his eyes after a long meditation session, Xander Lamb realized that he did it: he killed his ego! Observing his surroundings with a newfound sense of superiority, he swelled with pride knowing that he was simply better than the mindless drones of the world around him.

“Is this what Nirvana feels like?” he asked to the infinite cosmos. “Awesome!” he exclaimed, not waiting a moment to post his success to social media so that everyone would know how egoless he was.

It all started when he learned that his ego was the cause of his unhappiness — he was too good to be self-centered. So, he DM’d an online influencer who suggested that he take up mindful meditation. The guru also disclosed to him deeply spiritual mantras, such as “your body is a temple,” and “you miss 100% of the shots you don’t take.”

From then on, Lamb’s life felt so much simpler. Knowing that he was just a speck of consciousness in the vast, infinite cosmos, he felt that he should really only focus on himself and his uniqueness. Through his meditations, he found himself to be less distractible to the point where he could really focus on the important parts of life like the stock market and his investment banking internship. A newfound sense of materialism took over as he realized that, in order to become even more enlightened, he had to buy more material things like necklaces, incense and life advice podcast subscriptions.

One of his friends, calling Lamb’s recent behavior “pretentious” and “annoying as hell,” told him that if he really wanted to kill his ego, he should focus more on others around him. Lamb, knowing himself to be a superior enlightened individual, responded with, “Gandhi says ‘desire causes suffering,’ so if we can all just stop desiring to help the less fortunate, then the world will be even happier!”

“Whatever, Xander,” his friend replied. “And that’s the Buddha, not Gandhi, genius.”