Saturday night saw the No. 2 seed Gauchos take on the No. 3 UC Irvine Anteaters in the Big West Semifinals. UC Santa Barbara broke through in the second overtime and secured a 2-1 victory and is consequently moving onto the Big West Finals. 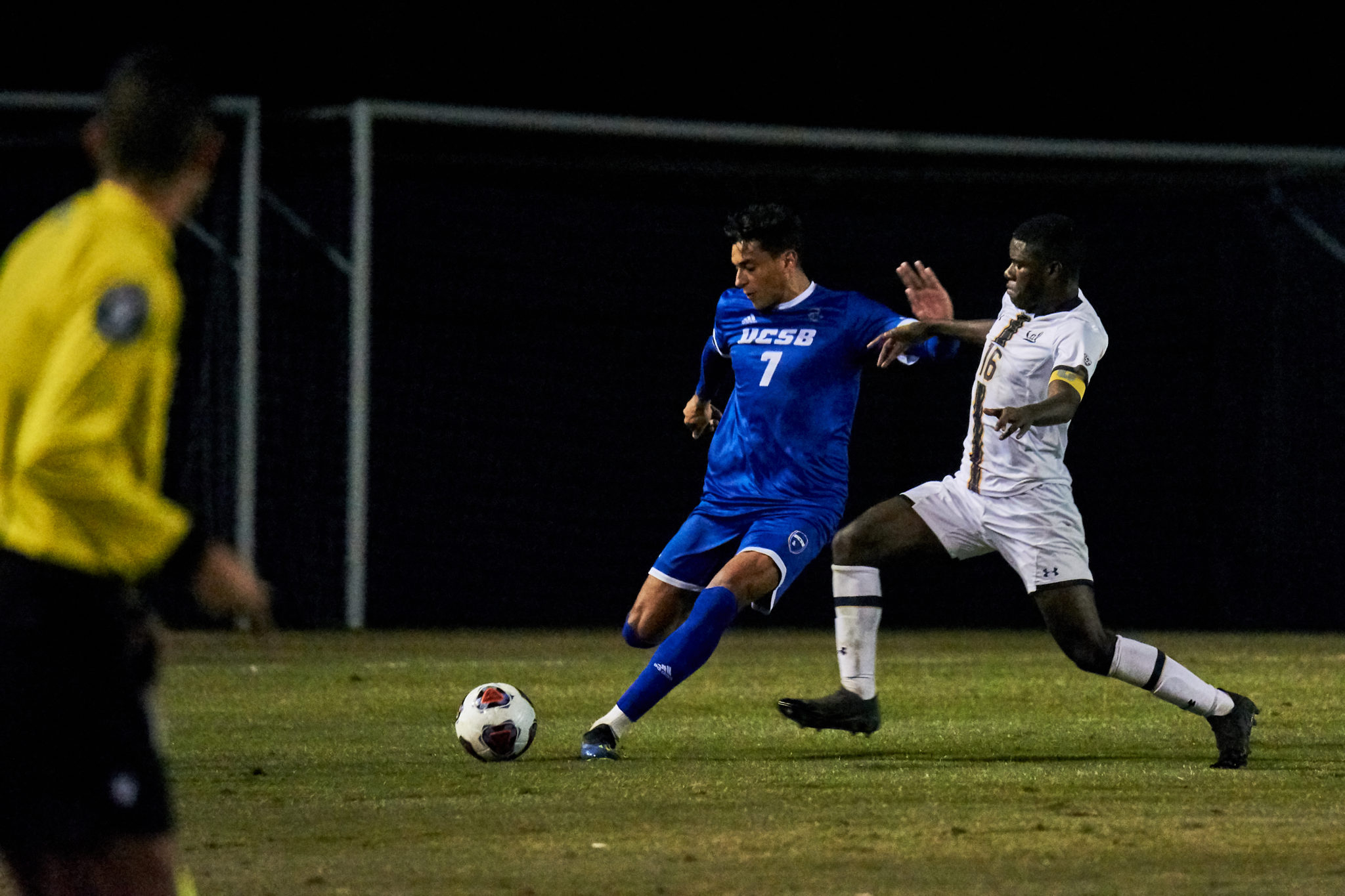 The scoring was kicked off in the 28th minute, thanks to junior midfielder Nemo Philipp. After drawing multiple fouls in the first half because of his reliable dribbling skills, Philipp was able to earn a free kick. The crafty lefty was able to set up and place the free kick from 23 yards out into the top right corner.

In the 42nd minute of the match, the Gauchos had another great chance in the second half as senior defender Henry Davies forced a solid save out of the UC Irvine’s goalkeeper, sophomore Luke Pruter.

Despite the Gauchos’ success in the first half of the game, the Gauchos stumbled during the second. With much of the midfield being dominated by the Anteaters, they were able to control a majority of the possession. The Gauchos felt the absence of senior midfielder Sam Fletcher and subsequently weren’t able to control the attacking third of the pitch.

After a slew of shots in the second half from UC Irvine, they were finally able to equalize in the 57th minute of the match. Outshooting the Gauchos 12-0 in the second half led to a breakthrough from graduate student forward Robert Mejia. A cross from sophomore midfielder Francesco Montanile was met with a powerful header from Mejia into the back of the net.

In the 62nd minute, UC Irvine sophomore midfielder Samuel Atiye took a shot from just outside the box that warranted a full-stretch save from the UCSB sophomore goalkeeper Leroy Zeller.

Just before the end of regulation, sophomore defender Caden Vom Steeg looked to be taken down inside the edge of the box, but UCSB was ultimately only awarded a corner kick for the Gauchos.

Finally, with just over a minute to spare in extra time, Vom Steeg sent in a cross from the right side of the field that took a flick from redshirt sophomore midfielder Lucas Gonzalez’s head before deflecting into the back on the net off of a player on UC Irvine.

In the final moments of the game, UC Irvine sent in a cross that found the head of an Irvine player, but was easily held by Zeller in goal.

A final kick from Zeller ended the game and sent UCSB onto the finals of the Big West tournament.

The Gauchos are looking to repeat as champions and will have to go to UC Riverside to complete the task. UCSB last lost to the Highlanders on Oct. 29 to cede the Big West No. 1 seed. The Big West championship will take place at UC Riverside on Nov. 12 at 7 p.m.