During their sophomore and junior years, fourth-year communication majors Romi Benasuly and Lian Benasuly had difficulties with shopping for their groceries because neither of them had a car. It was then that Romi had the idea for a grocery shuttle service to help students with limited transportation more easily purchase fresh food and groceries. 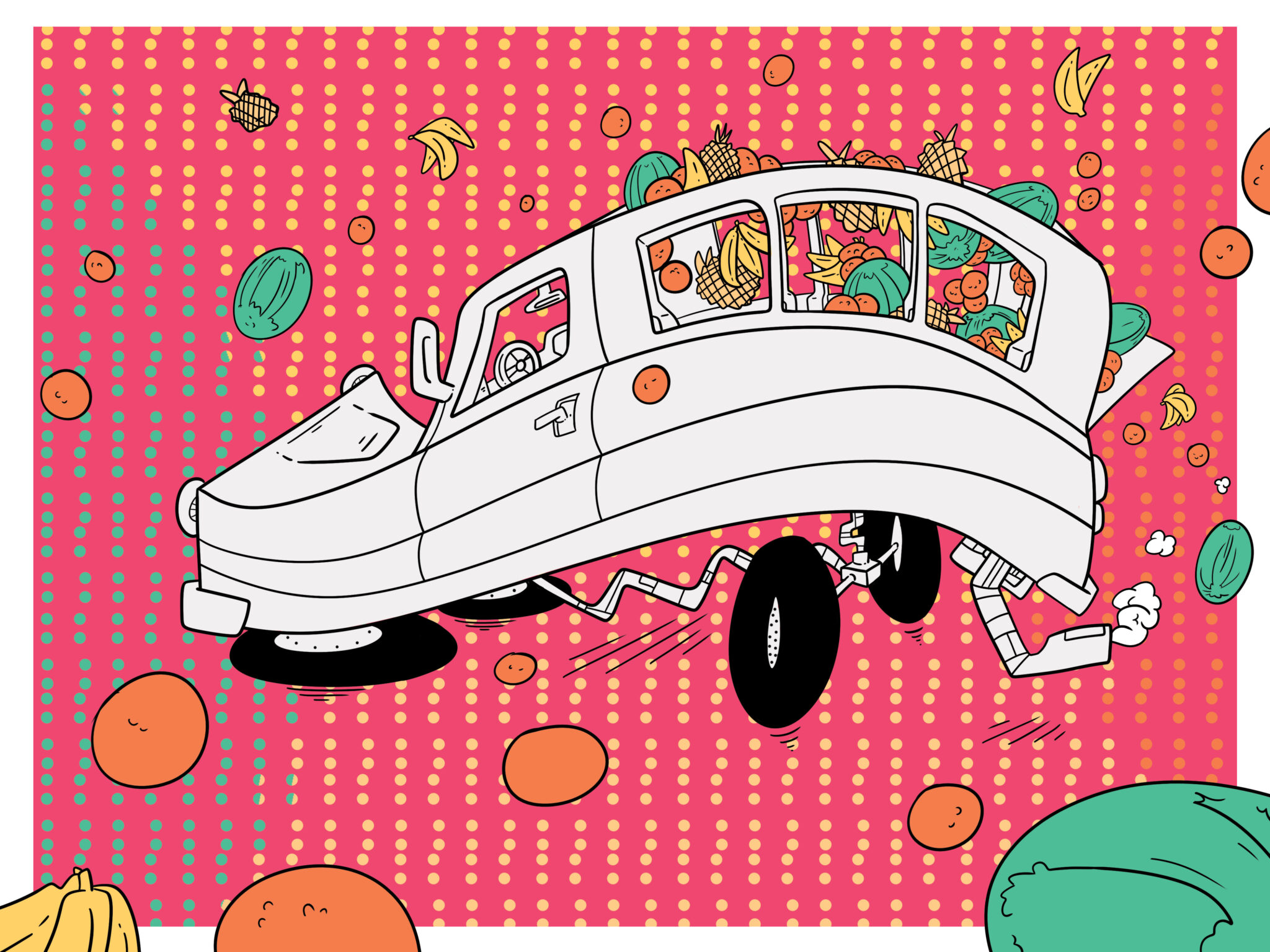 The service is only available for UCSB students, and passengers will be asked to present their access card to their driver prior to boarding. Luca Disbrow / Daily Nexus

According to Lian, the Gaucho Grocery Shuttle program currently consists of vans provided by UC Santa Barbara transportation services and will operate every weekend starting in early November. The 10-passenger vans — operated by hired students — will make stops throughout Isla Vista on a 15-minute basis from 12 p.m. to 4 p.m., driving students to Trader Joe’s in Goleta.

Romi said the Santa Barbara MTD isn’t always reliable or accessible for students in I.V. and hopes the shuttle will make it easier for students to carry groceries back to their apartments.

“We found [the bus system] was not super convenient for students living in Isla Vista because there’s one or two stops, [and] it’s not super reliable,” she said. “So we wanted to make [the shuttle] so that there are enough stops in Isla Vista to reach the highest density, like apartments and houses, so that we reach the most people and to make it easy enough for them to carry their groceries back.”

The main objective of the project is to combat food insecurity by hosting a direct route to local grocery stores, thus providing a more convenient mode of transportation with a reliable schedule, Lian said.

“I know with a lot of students’ busy schedules, sometimes getting groceries isn’t prioritized when it should be,” Lian said. “Our mental and physical well being relies on the food that we intake, and if you’re not eating enough good and healthy food, then it can be really detrimental to your overall well-being.”

The shuttle is funded by UCSB’s Student Fee Advisory Committee (SFAC) and is the first student-led proposal that has received funding from the committee, Romi said. The service is only available for UCSB students, and passengers will be asked to present their access card to their driver prior to boarding.

The idea began as a project for a community engagement course the two took during Fall Quarter 2021. After conducting a survey with students, they found that out of 102 students polled, 77% would be interested in using a free grocery shuttle service, according to their Instagram page.

In the survey, Trader Joe’s was the most popular vote for a grocery stop, with the other two popular options being Albertsons and Costco. However, after speaking with the MTD, they came to the conclusion that the bus service was sufficient for reaching those stores, Lian said.

The program is still in its early stages, and the shuttle will launch its pilot run during the first weekend of November. Additional surveys will be offered to passengers who participate in the program to collect feedback about how the shuttle service could be improved for the future. Currently, the program is set to begin Nov. 12 and run throughout the 2022-23 school year.

“We want to get as much information so we can change things — modify things — to help more students. We really want to show SFAC this is working and there’s a need for it,” Lian said.

Romi added that in order to ensure the longevity of the program, hard data and modifications help the program ultimately succeed in its objective.

“If we do want this program to continue on beyond our years here, then it would be really great to have hard data that shows that students are using this program, students like it and that there is a need for it,” Romi added.

Finally something wonderful for the students!

I love this project. Since I do most of my errand running with a cargo bicycle. I wonder if swapping out the vans for cargo bikes that can be checked out like library books might be a better/in-addition-to solution? The advantage of the cargo bike is that it would not limit the students to weekend shopping and would also introduce more students to the joys of shopping without a car. The bikes could be logo’d up with Trader Joe’s stickers in exchange for $ support of the project.