The Daily Nexus
Nexustentialism
It's satire, stupid.
“He’s never gonna find someone like me,” says some girl in angel costume
November 7, 2022 at 4:20 pm by Fart Tent 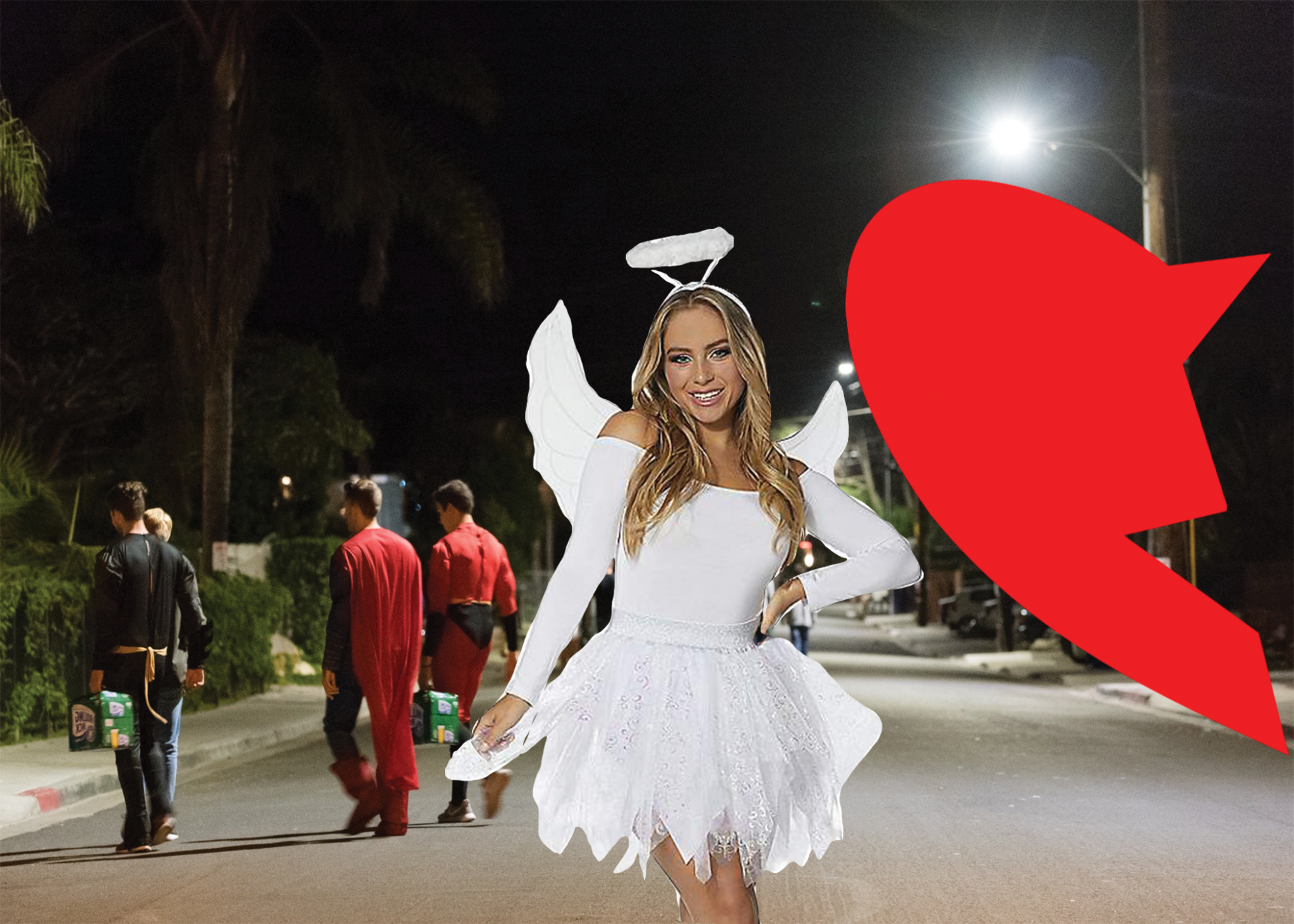 “Like, it’s so stupid. He’s literally losing his chance, and I have, like, everything he could ever want!” says Starchy Malessence, “I don’t know what to do!”

For many, Halloween is one of the greatest times to be in college. Most spend their weekend dressed up in their best Amazon finds, drinking till dawn and just enjoying their time in Isla Vista. However, Halloweekend can bring out the worst in some relationships — and not just for the ones who couldn’t agree on a costume that says, “Cute, but not annoying!” Such is true for Malessence, a third-year communication major at UCSB. After a rather recent split from her boyfriend, she, unlike the rest of UCSB, has not been looking forward to the devilish celebrations to come.

“I literally was just getting ready with my girlies or whatever, and this, like, total douche swipes up on my story asking who I was with, like he doesn’t know literally all of my friends already. He is so obsessed with me! He was so weird when he first met them, too, like, I had to defend him day and night to my roommate, who he always wanted to fuck,” Malessence explains. “She’s always thought he was a total creep.”

Malessence told us at Nexustentialism just how her Halloween plans have already gone awry. Reportedly, after breaking up with her boyfriend, Chooper Cockrey, she had to pretend to cancel the Halloween party she was planning on throwing with her roommates. Given that neither Malessence nor her roommates wanted to see him, she reached out to Cockrey to tell him that the party was canceled. Unfortunately, this meant that Malessence’s party would now be without someone to buy them alcohol, leaving them with just half a handle of Pink Whitney and one already opened Four Loko.

“Like, I obviously don’t want him there. I’m so excited to finally get to do my own costume this year and not do something lame with Chooper. I’ll get to finally go as an angel, which I’ve been wanting to do for years except Chooper said it was complicated and a disservice to God. But, would it be, like, so bad if I just reinvited him just so he can bring us alcohol? Like literally just for alc!”

“And a Puff Bar.” Malessence agreed.

Whether or not Malessence chooses to reinvite Cockrey is unknown at this point. Malessence claims to still be excited about celebrating Halloween — she claims her angel costume this year is seriously no joke. If you find yourself out this weekend, keep an eye out for an angel because as this drama has made clear, you might just need one.

Fart Tent swims with the dolphins in the ocean like a mermaid.