The Daily Nexus
Nexustentialism
It's satire, stupid.
Incoming freshman decides racist mascot fucked up, but not dealbreaker
October 2, 2022 at 4:20 pm by Natalie Kothergirls 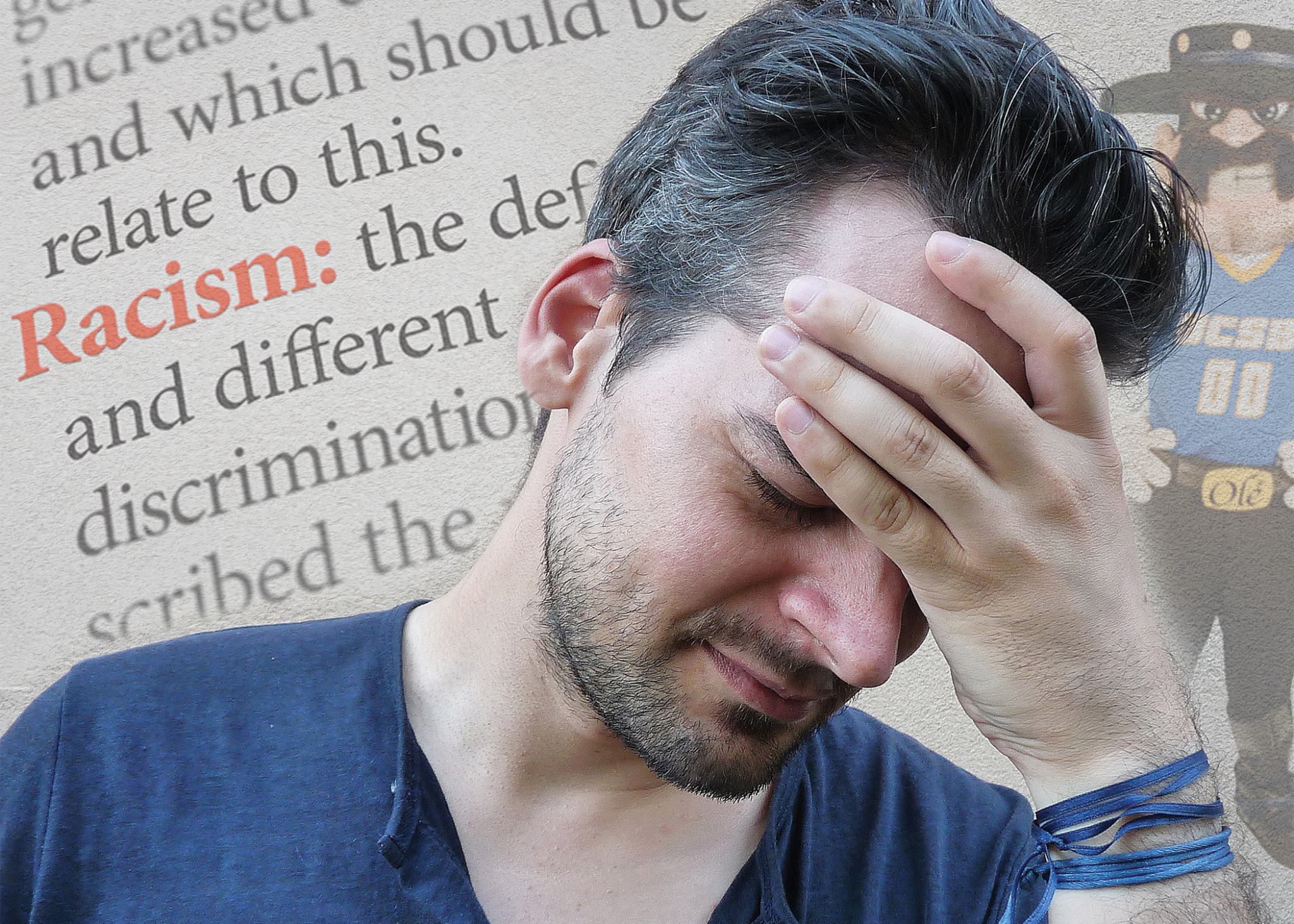 We’re finally back, Gauchos! As we all venture to campus for the beginning of the school year – some of us for the first time ever – it’s beautiful to see the fresh campus camaraderie that unites us as Gauchos. There are several experiences that bind us together as a student body, but one stands out among the rest: our collective decision that, although it really sucks that our mascot is culturally appropriated, it’s not a big enough reason not to go here.

“It really is unfortunate,” incoming first-year student Nat A. Raycyst said, as she twirled the ends of her cornrows. “But, we’re in the top five public schools in the country, and our school is, like, right on the beach, so I just had to come here!” she exclaimed. Upon being informed that our beloved university is actually now number seven in the ranks, Raycyst dropped her jaw and furrowed her brow before kick-ball-changing and storming away from our field reporter, muttering something about how she should’ve gone to Westmont instead.

Other freshmen seem to feel shocked by their retroactive racism. “That’s what a gaucho is?!” first-year student Iman Idiot gasped after learning that he chose to attend a university with an Argentinian folk hero for a mascot. “I thought it was a raccoon,” the poor little dunce choked out through tears of white guilt.

Unless you’re one of the 2500ish students from 2018 that signed the petition to change UCSB’s mascot to the mapache, you can rest easy knowing that you’re safely a part of a community – a community that is complicit in the university’s casual racism for the sake of living on the beach and working-hard-playing-hard ‘til the cows come home.

Natalie Kothergirls thinks the new mascot should be her favorite animal: her ex-boyfriend.