The Daily Nexus
On the Menu
Goleta Lemon Festival: A Celebration of More than Citrus
September 29, 2022 at 3:00 pm by Abigail Monti 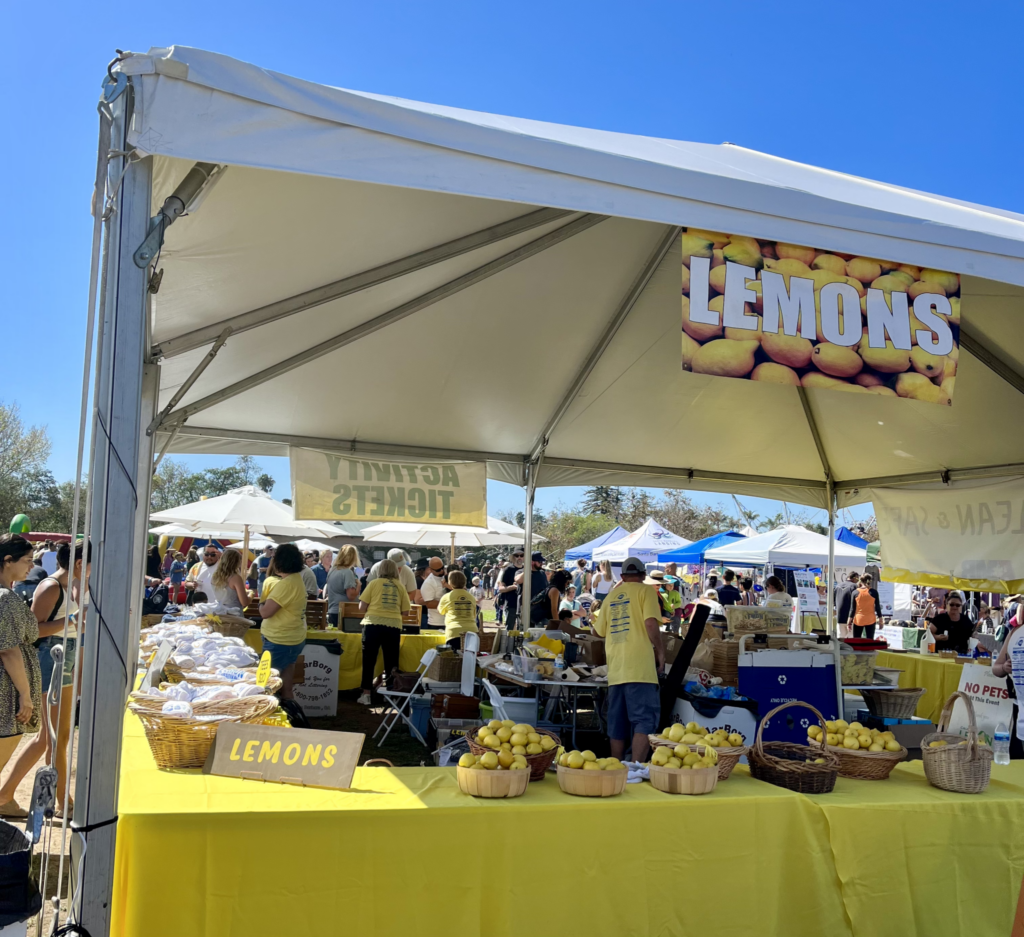 Over 80 local craftsmen and companies hosted booths along the park walkways, using prize wheels and free merchandise to drum up business. A large central tent sold lemon festival T-shirts, tumblers, hats and more. Santa Felicia Drive, which runs alongside the park, was barricaded to host a fleet of emergency vehicles and other booths celebrating Goleta’s first responders. The Santa Barbara Sheriff’s Office handed out stickers, EMTs offered crash courses in CPR and firemen let children climb in their trucks. 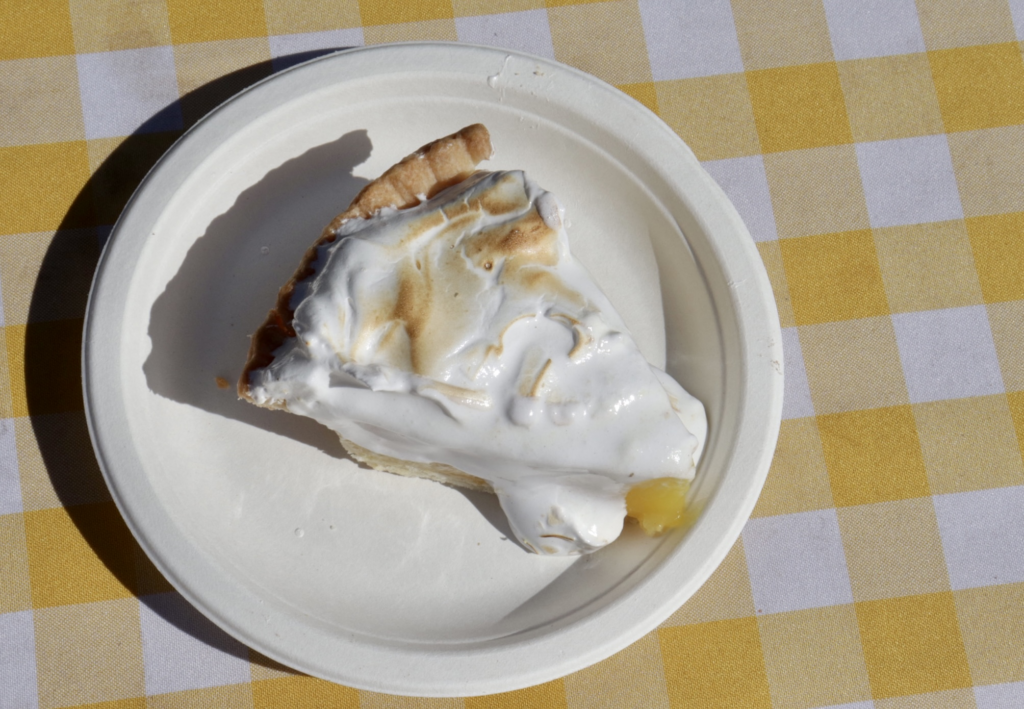 The most popular attraction, however, remained the food court area. As for the lemon-themed bill of fare, there were lemon churros, lemon meringue pie, lemon bars, lemonade, lemon tamales and lemon beer. Other available cuisines included chili dogs, potato swirls, curly fries, Rusty’s Pizza Parlor, açai bowls, tacos and ice cream. The $5 large lemon bar was worth every penny. Though, the $10 potato swirl and $5 strawberry lemonade could not similarly justify their price.

Sitting across from the vendors and rides, the Goleta Fall Classic Car Show displayed dozens of restored vintage vehicles. Each vehicle sported a placard with the make, model and build date; some spirited car owners even hung around their cars to answer questions and chat with passersby. Many of the cars had popped hoods and doors, allowing curious visitors to peek at their shiny interiors.

The main event was the meringue pie eating contest. In the first of two rounds, 10 children under 12 years old competed to see who could consume the most pie in one minute. The catch: No hands or utensils were allowed. Each kid was provided a hairnet and a poncho before digging in. The end result was lemon curd carnage everywhere. The 12-and-up group took the stage next, where 10 adults competed to finish an entire pie.

Local musicians and performers got their chance to take the stage once the pie remnants were cleared away. One featured band was WhoseHouseIsThis?, a local high school rock band with some impressive covers. Shaded picnic tables surrounded the stage, allowing visitors to listen as they ate.

Overall, attending the Goleta Lemon Festival was the perfect way to spend the first weekend of fall. With novelty food, entertainment, music and free gifts, there was something for everyone.