The Daily Nexus
Nexustentialism
It's satire, stupid.
Catastrophe! Gaucho Bucks Economy Collapses After Everyone Forgets They Exist
July 11, 2022 at 4:20 pm by Casey Gallagher 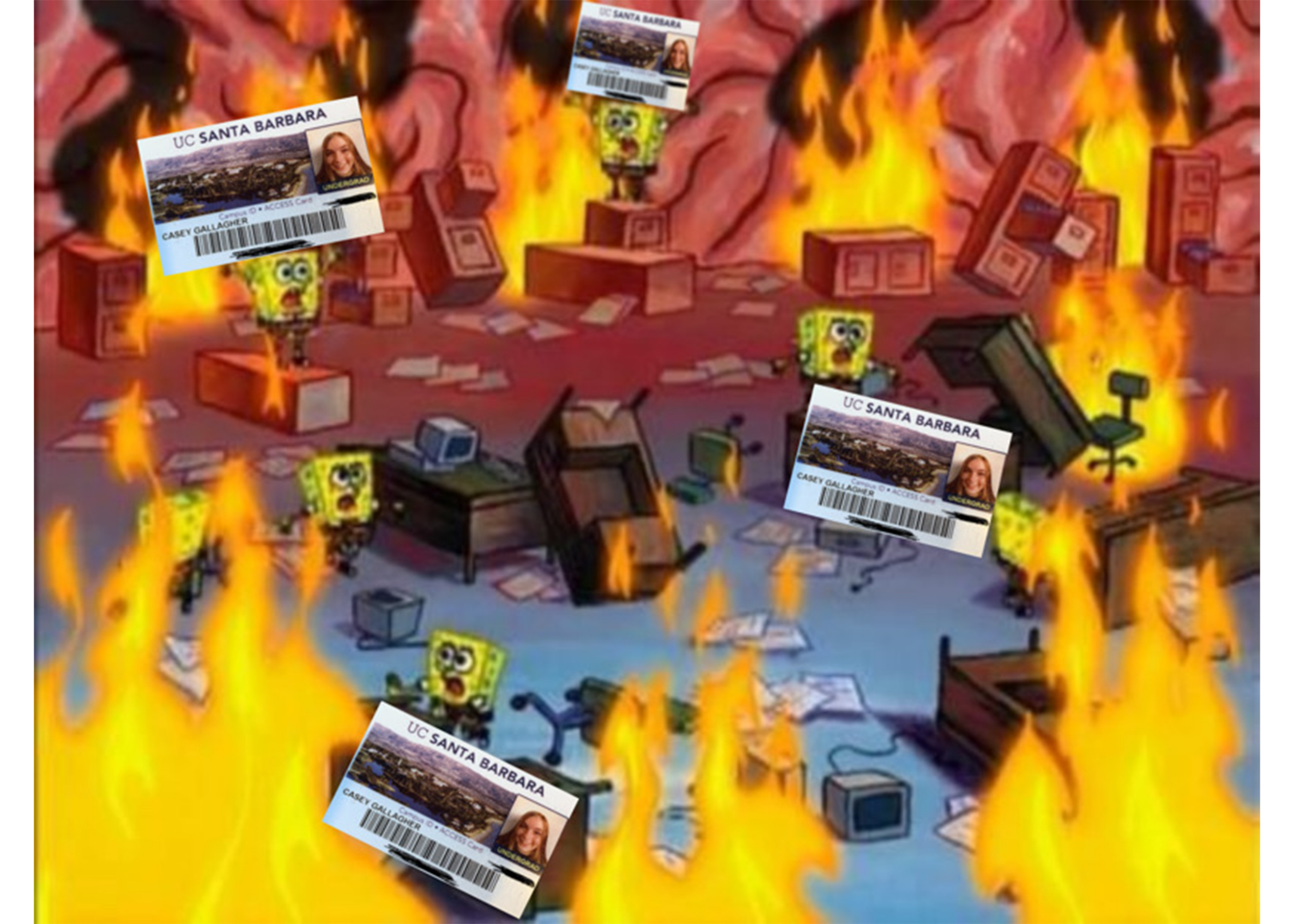 UCSB IS IN CRISIS! This time, however, it is not housing, registration, overflowing admission or any of the other litany of issues faced here in Isla Vista, but an economic collapse. Is it a war? The pandemic? Gas prices? Nope … it’s Gaucho Bucks, baby!

“Wait … I’m sorry, I really want to help answer your questions, but I genuinely just don’t know what the fuck those are,” one first-year replied when asked about her feelings regarding the collapse of UCSB’s economic backbone. “No, but really, what the fuck are you talking about? I want to know if this is going to affect my tuition because that is noooot chill at all,” she followed up.

So what are Gaucho Bucks, then? If you are familiar with the financial conundrum of a gift card, then Gaucho Bucks will make a lot of sense. To elaborate, Gaucho Bucks follow the same ridiculous format of taking money you can spend everywhere and anywhere, and converting it into money that you can only spend at a few places — except it’s not even a gift! Even worse, they only work at random places in Isla Vista and on campus. Wherever will the self-proclaimed, subculture girlies thrift their subversive basics?! Essentially, it is just money, but way more useless and complicated for both the customer and the cashier. Awesome!

“Well, I actually like Gaucho Bucks for my kid,” a parent who uses them to keep his daughter on a leash remarked. “That way, I still have control. She may have left me, but as long as I’m in charge of her purchases, she’ll be under my thumb forever! MUAHAHA!” So, apparently, this asshole is the only one who knows of and finances Gaucho Bucks. Not a good look.

Now, what is there to do about this UCSB financial crisis? We could collectively buy out all of the Gaucho Bucks to restart the GBconomy, but who the fuck would ever want to do that? This isn’t merely a “print more money” conflict but, in fact, a print less money one. Although administrative employees have been running around screaming and burning files like that one episode of SpongeBob trying to figure out a solution, it is unlikely that students are going to exchange their precious weed money for a voucher that purchases a shitty takeout container of chow mein from Panda Express (at best). Thus, the heyday of the Gaucho Bucks financial empire has met its final boss: students with some common fucking sense.

Casey Gallagher does not even know enough about the economy to make better jokes about it.