The Daily Nexus
News
UC Santa Barbara Plans To Close Campus Dental Clinic
May 19, 2022 at 10:00 am by Mark Alfred and Nisha Malley

UC Santa Barbara’s Student Health Service is closing its Dental Care Center — the only on-campus clinic that offers dental services to all graduate and undergraduate students with UC Student Health Insurance Plan health care — by June 30, citing financial considerations, under-use of the clinic and a shift to invest resources in other medical services. 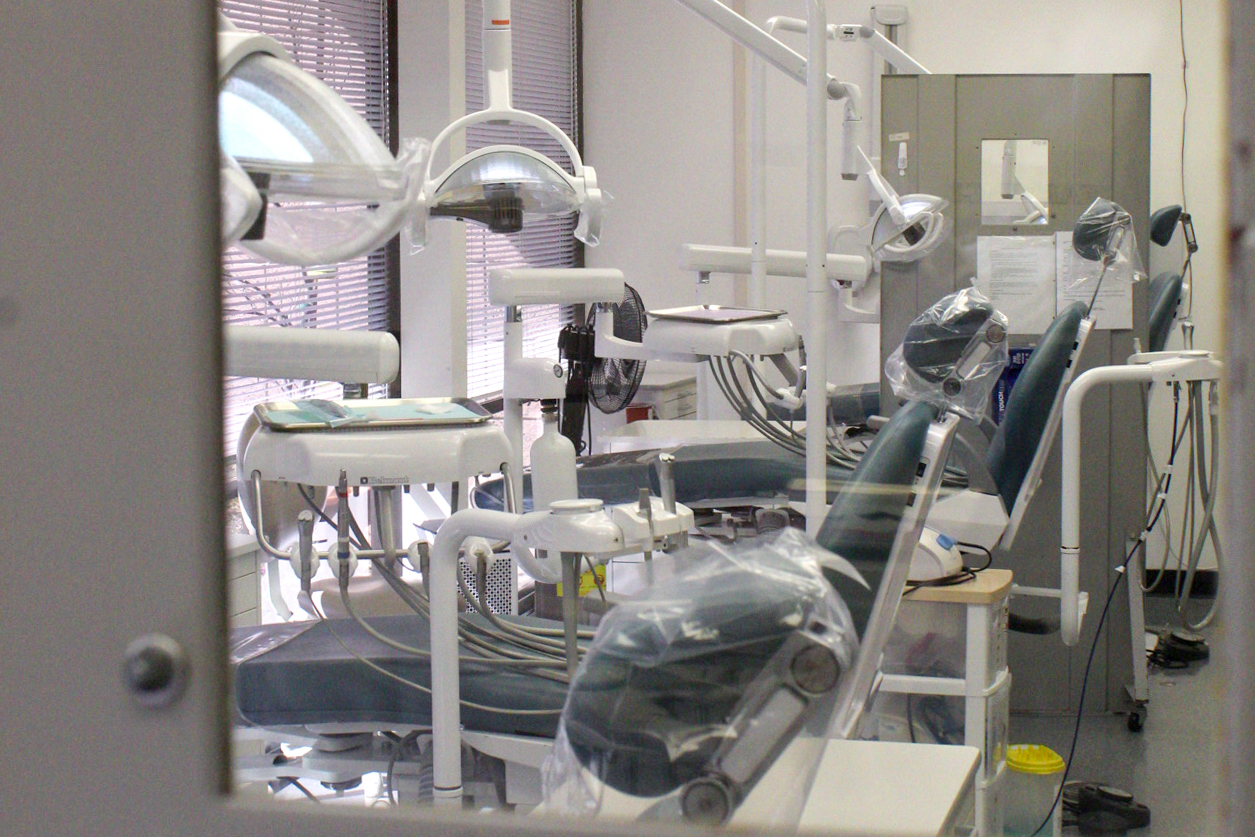 The dental clinic offers teeth cleanings, dental X-Rays, cancer exams, fillings and emergency services, according to the Student Health Service (SHS) website. With the return to in-person learning for Fall Quarter 2021, the dental clinic announced that it had “resumed all dental services including restorative and surgical treatments,” the website read.

The closure has been in the works for well over a year, according to SHS Executive Director Dr. Vejas Skripkus. In that time, the university did not consult the student population for input on the clinic’s closure or inform them of the clinic’s intended closure, according to Skripkus.

The university also neglected to give notice to the dental clinic staff about the closure, only discussing the decision with staff supervisors, Skripkus said in a meeting held with the United Student Labor Action Coalition (USLAC) on May 6. Skripkus apologized for the university’s handling of the decision during a May 18 Zoom meeting with members of USLAC, United Auto Workers 2865, American Federation of State, County and Municipal Employees and dental clinic staff.

Information on the closure was publicized by the USLAC, a network of campus organizations supporting labor and workers rights. USLAC circulated a petition to signal support for the dental clinic in an effort to prevent its closure and reached 147 signatures as of May 17, according to USLAC.

“The communication of this change was insufficient, and we apologize — myself and everyone on the call here — for the confusion and concern that this process has caused. We acknowledge this change could have been communicated much more effectively,” Skripkus said in the May 18 meeting.

“This change was considered carefully with concern for the students and staff involved. We regret that the communication has not met expectations and take this lesson to heart,” he continued.

UCSB has not made an official university-wide announcement regarding the clinic’s closure.

“There are several dental practices in the immediate vicinity of campus that are accepting applications on UCSB Delta Dental PPO plan,” Skripkus said. “And so the volume of our dental clinic will not overwhelm the local market since our operation has only involved a single full-time dentist for quite some time, who recently departed for another organization.”

During the May 18 meeting, community members raised concerns regarding student access to essential, affordable health services, potential layoffs due to the clinic’s closure and the university’s lack of communication around the decision.

According to the university, UCSB SHS conducted regular evaluations of the use, financial stability and services offered by the dental clinic — information that guided the decision behind the clinic’s closure.

“With the declining utilization numbers seen at the dental care center over the past several years, consultation began with the SHS governing body and the student health advisory committee about dental options for UCSB students within the community,” Reyes said in a statement.

Skripkus said at the meeting that the dental clinic only accepts UC SHIP insurance, limiting its ability to serve UCSB students, over half of whom are enrolled in a non-university insurance program.

“Given the large number of dental providers in the surrounding area who accept UC SHIP sponsored Delta Dental insurance and can provide the same level of insurance benefit coverage for our students, SHS decided that the dental care center was not the most beneficial service they could provide,” Reyes said in a statement.

Students expressed concern over wait times to book an appointment with private clinics in the area, as well as transportation issues that could arise in not having access to an on-campus facility.

“We are committed to provide transportation assistance as we transition for our non-campus dental clinic operations,” Skripkus said in response.

Skripkus said consideration of the clinic’s long-term financial viability also played a role in the decision, citing a need for “extraordinarily expensive” investments in the clinic’s facilities if the university sought to keep it open.

“The infrastructure of our dental clinic is nearing need for renewal, and it will be extraordinarily expensive, require additional space renovations, equipment and more,” Skripkus said in the May 18 meeting.

UCSB dental hygienist Linda Metcalfe responded by questioning the need for substantial renovations in the meeting, saying that most of the equipment and facilities are in fact functioning well. She said that the sole problem the dental clinic currently faces is the loss of their only full-time dentist, who abruptly left her position this year.

“Our clinic is fine,” Metcalfe said. “We’ve been up and running and fully functioning. The only problem is that we lost our dentist. So the demand is there, the equipment is there, the need is certainly there. It was just that our dentist departed quite unexpectedly and left us in this hole.”

Student activists are protesting the closure of the dental clinic because of the necessary on-campus services it provides to students, the petition said.

“This is a decision that is not in the best interests of students as this will force many people to seek help in Goleta and Santa Barbara rather than having a local clinic to get their dental problems fixed,” the petition read. “These private clinics have no guarantee that they will have the same expert care as our UC workers and no guarantee of having any interests in students’ health aside from what their insurance can pay.”

Kimberlee Keithley, a student researcher in chemical engineering, expressed her personal frustration with the lack of communication from the university regarding the closure of the clinic.

“I just don’t understand why there wasn’t some earlier communication at least a few months back, so that people could schedule something off campus and not now be six months to a year behind on their dental cleanings,” Keithley said in the meeting.

“This has been a difficult decision to make,” UCSB Vice Chancellor for Student Affairs Margaret  Klawunn said in the meeting. “It really is about what we’re seeing in terms of the services that students need to have on campus and what’s available in the community.”

Fourth-year history major Jarod Ramirez laid out USLAC’s demands regarding the clinic, asking that the clinic remain open entirely or at least through the summer.

Metcalfe affirmed this, saying that outgoing seniors tend to schedule appointments during the months of July and August and would benefit from an extension of the clinic’s operations.

“Instead of making our close date for June 30 I think we could possibly bring that out to at least the end of August so that we can service our seniors,” Metcalfe said. “Usually we would have that scheduled for July and August, and I just feel bad. We’re leaving them in the lurch with only two months left on their insurance and on their lease.”

Ramirez asked Skripkus directly if there was any chance the clinic would not be shut down.

“Any possible way to have [the clinic] remain open?” he asked.

“Jarod, at this time, the answer is no to that,” Skripkus responded.

Skripkus said that the clinic closure could not be pushed back, as work on expansions to UCSB’s pharmacy are set to begin upon the dental clinic’s closure.

With the closure of the dental clinic, SHS is shifting its resources to invest in other medical services for students — expanding pharmacy, gynecology and sports medicine services as well as hiring more primary care providers, according to Reyes.

“While the future vision of student health is not an admission in dental specialties, it will provide comprehensive and outstanding primary medical care and behavioral health,” Skripkus said.

Following the university’s dismissal of USLAC’s initial demands to keep the clinic open, the organization plans to hold a May 25 rally in front of the library in protest of the clinic’s closure.

Skripkus promised to respond to USLAC’s closing requests within a week.

The auxiliary services have been shuttering. I had assumed it was space-related, since the current Student Health building will be relocated elsewhere for Ocean Road housing.