During the month of April, the Gauchos were scorching hot, beating all their opponents by at least 3 points and going undefeated throughout league play. As the Big West Tournament comes around this week on April 28, the Gauchos will have experience on their side. The women’s tennis team has won the regular season championship for the fourth consecutive season, were the conference tournament champions the year prior in 2021 and have won 3 of the last 5 conference tournaments. 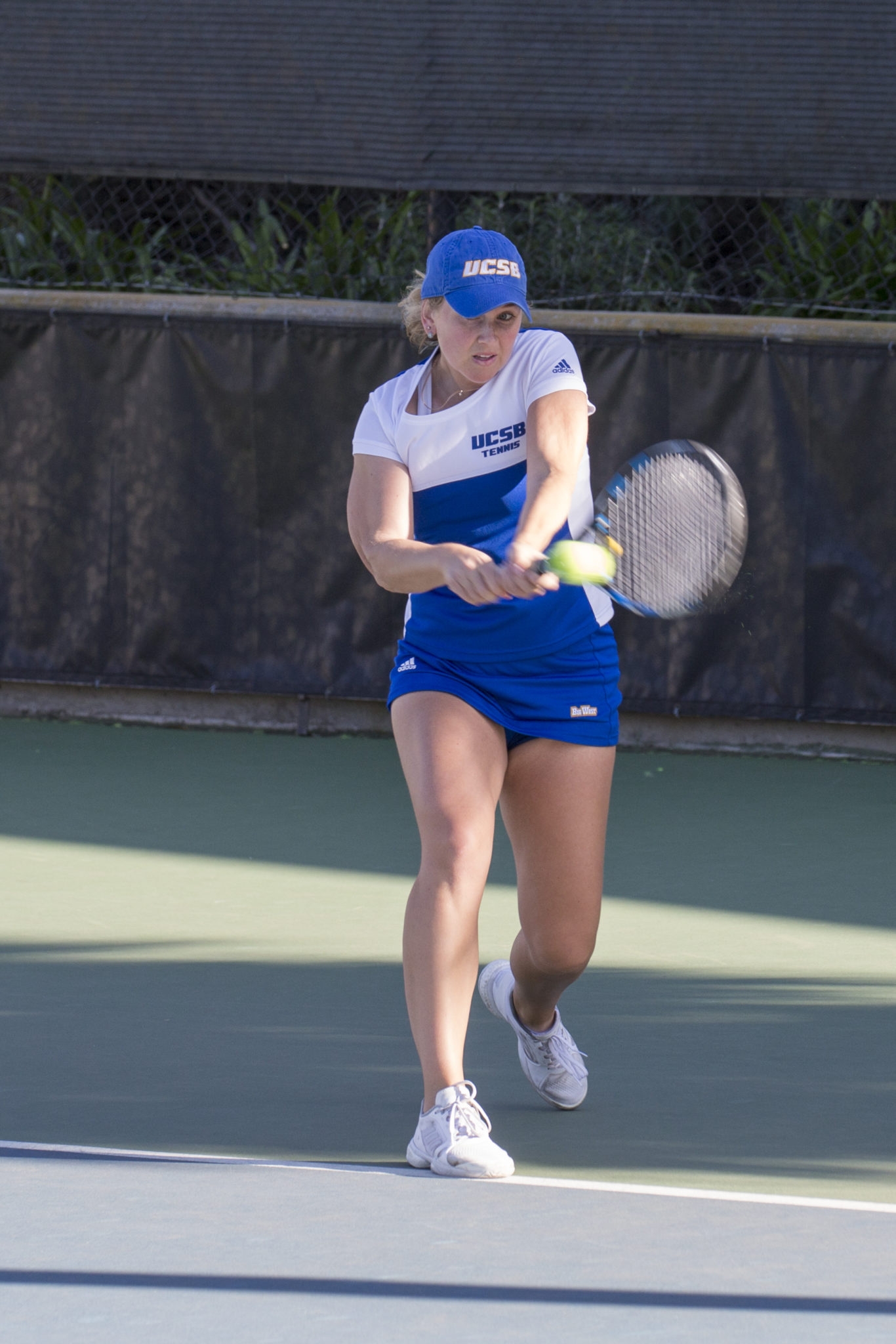 Coming into their last regular season game against Cal Poly San Luis Obispo, each team was undefeated in conference play, hence setting up a showdown of the undefeated teams. In the first doubles match, the No. 25- ranked Gauchos took a victory with sophomore Shakhnoza Khatamova and graduate Elizaveta Volodko, beating the Cal Poly duo 6-4. Then, in the second doubles match, the Gauchos continued the winning momentum with freshman Amelia Honer and junior Kira Reuter beating their duo 6-3.

In the singles matches, the Gauchos got off to a cold start, losing the first singles match in 3 sets, then followed this with a straight-sets loss in the second match. Following the opening 2 singles losses, sophomore Camille Kiss put a halt to the losses, beating her opponent in 3 sets. Honer continued the success of Kiss with a straight-set victory, allowing her opponent to win just 3 games in the 2 sets. Another victory came at the hands of the Gauchos in Match 5 with Filippa Bruu-Syversen, who beat her opponent in 2 straight sets. The UCSB women’s team ended up splitting the singles matches — dropping Match 6 — but still managed to win 4-1 due to their doubles results.

Looking forward to their next match, the Gauchos will have to wait a bit as they will get a first- round bye in the conference tournament being the No. 1 overall seed in the conference. Their first match of the tournament, will come versus either No. 9 UC Irvine or No. 10 UC Riverside. The Gauchos handled each of these potential opponents fairly easily during the regular season, beating UC Riverside 4-0 and UC Irvine 6-1.

The Gauchos will be the overwhelming favorite coming into Big West tournament play, having gone undefeated in conference play and Big West tournament play in 2021. If the Gauchos go undefeated in the conference tournament, it would be 2 straight seasons of perfection against their Big West foes. The Gauchos are also following a standout performance from their previous tournament run, not allowing a single point in their 3 matches, and are looking to repeat that feat for the third time since the 2008 season.