The Daily Nexus
Nexustentialism
It's satire, stupid.
Belltopia: Storke Tower To Chime Alone This Weekend
April 14, 2022 at 4:20 am by Fart Tent 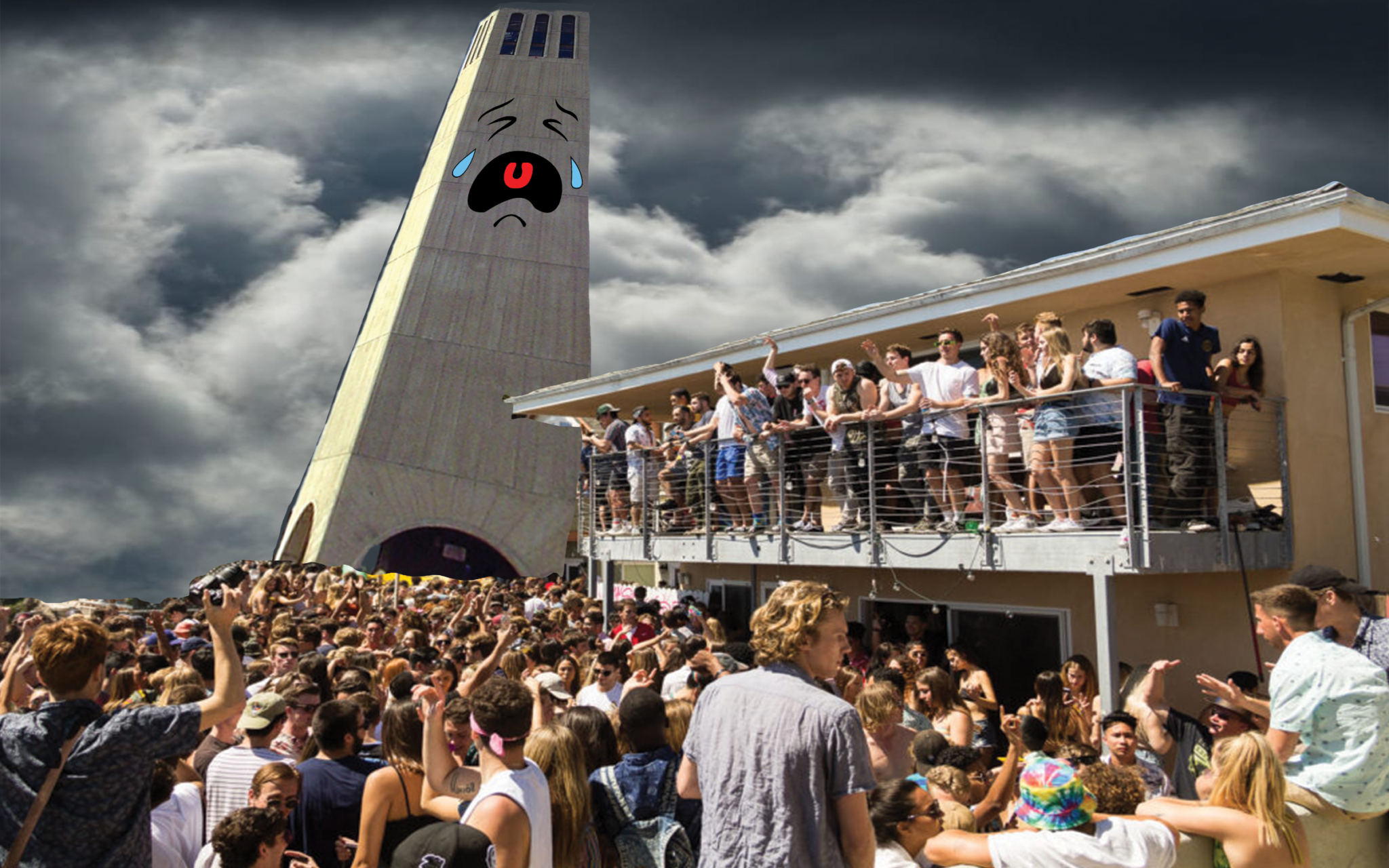 Selfish much? While Deltopia raged this past weekend, Storke Tower was left sad and alone, singing its lonely song without an ear left to listen. You probably didn’t think about how it would make her feel to be left all alone this weekend while you were out partying the day away, did you? We all make mistakes from time to time. Forgetting to give Storke Tower a hug and making sure she knew what time you would be home was yours this weekend.

“It’s just like, I put my whole Storke Tussy into my bell song every day, and it feels like it doesn’t matter at all to you. I love singing, and I want you to love my singing as much as I do. I’m doing it all for you because, you know, I love you,” she remarked through sobs.

Storke recalled waking up on Saturday morning to an eerie vibe on campus. There were people up and awake at like 9 a.m., which was super unusual. Students were seen galavanting across campus towards Isla Vista, despite the chilly weather and the fact that it was literally, like, 11 a.m. Storke reported feeling scared and unsure of what really was going on and why everyone was leaving campus so early in the morning. It wasn’t until she heard a group of students screaming, “Deltopia!!!” over and over again that she finally began to understand.

“I was just like, what the hell? First of all, nobody even told me we were going to pregame or where the pregame even was. It sucks to feel so left out of everything, despite being like the ‘center of campus’ or whatever. I didn’t feel very central. And then, the second thing is that like, why didn’t I hear anything about parties during the day until the day of? Like had I known, I could’ve planned on going out, but I didn’t even know! It just really sucked for me, and I wish that you guys would come and say sorry at least.”

Well Gauchos, I hope it was worth it. You made Storke Tower cry. Make sure to stop by and say hello to Storke this week with Starbucks and an apology for her. She likes lattes with oat milk.

Fart Tent is madly in love with Storke Tower.