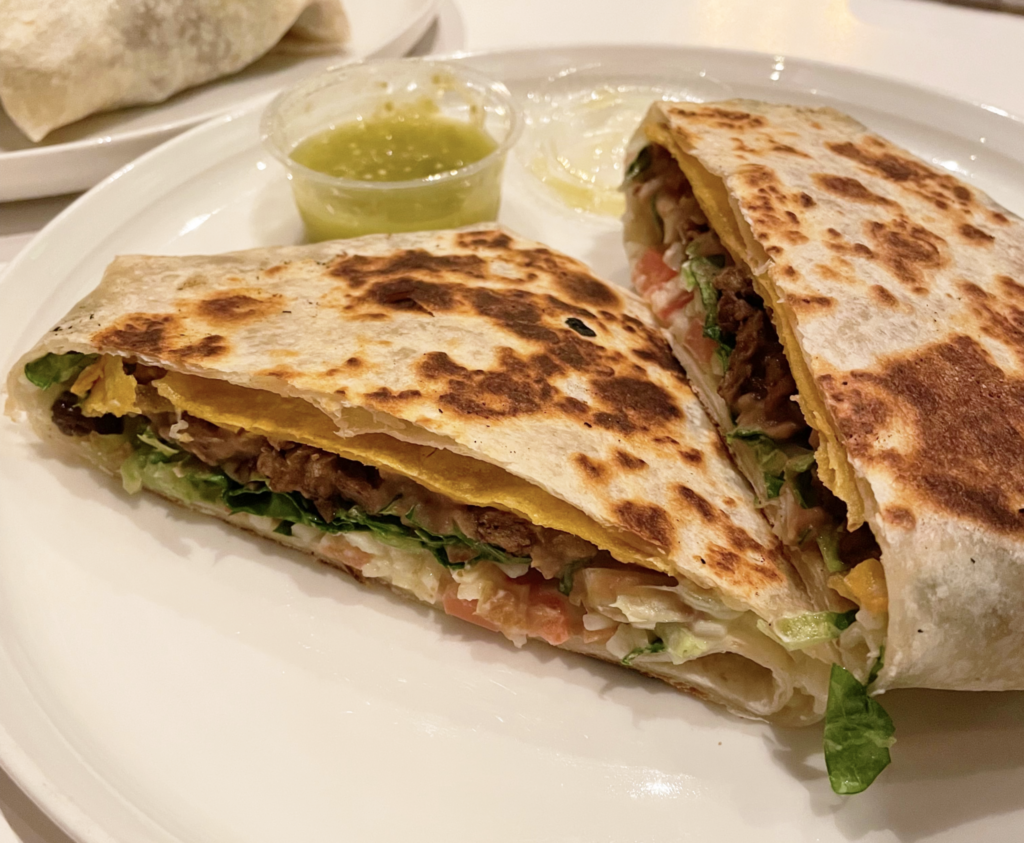 So, I’m not technically vegan – I meeaan, I try to shop vegan for environmental reasons and limit my animal product consumption (which I think we should all try to do if we can, but that’s a different article), but, when not buying groceries, I eat pretty much everything. However, one of my close friends is vegan and another is vegetarian, so we try a lot of different vegan options and restaurants around Santa Barbara. Last year, we heard of this little pop-up that makes vegan Mexican and fast food and had to try it! The first time I visited, and every visit since, has been magical from start to finish.

First of all, the atmosphere! It’s located out of this beautiful lofty space on 18 E Cota Street, right by Palace and Foxtail. Venus in Furs was formerly a bar owned by The Good Lion company that operated out of the location, but is now exclusively occupied by Rascal’s. It feels like an elegant jungle garden – the definition of curated good vibes.

Let’s talk about the food! Rascal’s has a 100% vegan menu they update fairly frequently, and they’re good about offering and labeling gluten-free options. The restaurant is open five days a week from Wednesday to Sunday. As of March 18, 2022, they offer a large selection of vegan Mexican dishes from Wednesday to Saturday. Their tortillas and chips are made from scratch and are honestly some of the most delicious I’ve ever had. 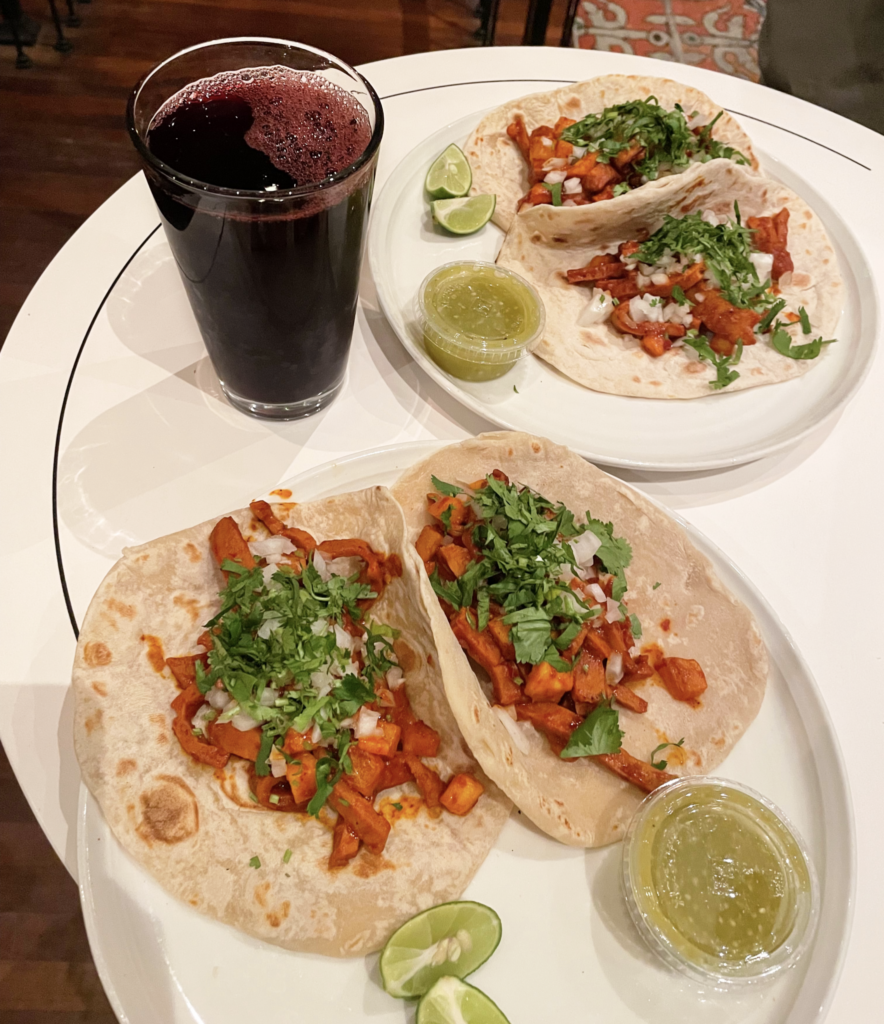 For dessert, they currently have a lemon cheesecake. They also offer a variety of agua frescas and soft drinks. Additionally, price-wise, I wouldn’t call them expensive. Small plates run from $6-8, everything else ranges from $12-16, and the portions are generous.

On Sundays, they serve their Burgertown menu, which mainly consists of waffle fries, a cheeseburger and their weekly milkshake flavor. Will note, their waffle fries are just so delicious, I don’t know how they do it; my partner is gluten intolerant, so the only thing on the Burgertown menu that he can have is the waffle fries – they were more than enough to call it a successful outing.

From this current selection, my friends and I have tried the chips and salsa, rajas tacos, al pastor tacos, asada sopes, specialty crunchwrap and Burgertown menu. We’ve marveled at their ability to so closely replicate the taste and feel of meat, especially in dishes like the asada sopes and crunchwrap, in addition to just how delicious the food always is. No matter what’s on the menu, we know everything will taste great. From past menus, we’ve enjoyed delicious combinations like hibiscus flautas, blue corn potato tacos and chicharron chile verde tacos with nopales. I’m already dreaming of coming back, even though I was just there this weekend!

I’m super glad that they’re putting a ton of effort into strengthening the relationships with other local small businesses since it creates a unique community of businesses with meaningful connections to this area! Restaurants and businesses coming together to collaborate is always, in my eyes, an indicator of a thriving local food scene. They publicize their events and menus on their Instagram (@rascals_sb). They also recently started offering delivery on Grubhub!

For someone like me who loves cooking, I sometimes feel as though restaurants in Santa Barbara are overpriced for something you can just make at home. Part of the magic at Rascal’s is that all the dishes are so deliciously indulgent that it never crosses your mind that they’re vegan substitutes, and I don’t think their food is something you can easily replicate at home.

In the past, Rascals, The Good Lion company and Barbareño collaborated to split the rent of this space, running Barb’s Pies, the Venus in Furs bar and Rascal’s out of one location. However, since then, Barbareno dropped out, followed later by Venus in Furs. Now, the space is exclusively Rascal’s, and they’re fighting hard to be able to keep it. If I can recommend any restaurant in Santa Barbara, or go anywhere on a night out, it would be Rascal’s. The food is made with heart and talent, is always delicious, all while set in a gorgeous space.

A version of this article appeared on page 12 of the March 31, 2022 edition of the Daily Nexus.