In 2019, UC Santa Barbara Chancellor Henry T. Yang promised to fulfill multiple demands from the Black Student Union, including the creation of an Office of Black Student Development and new staff positions. 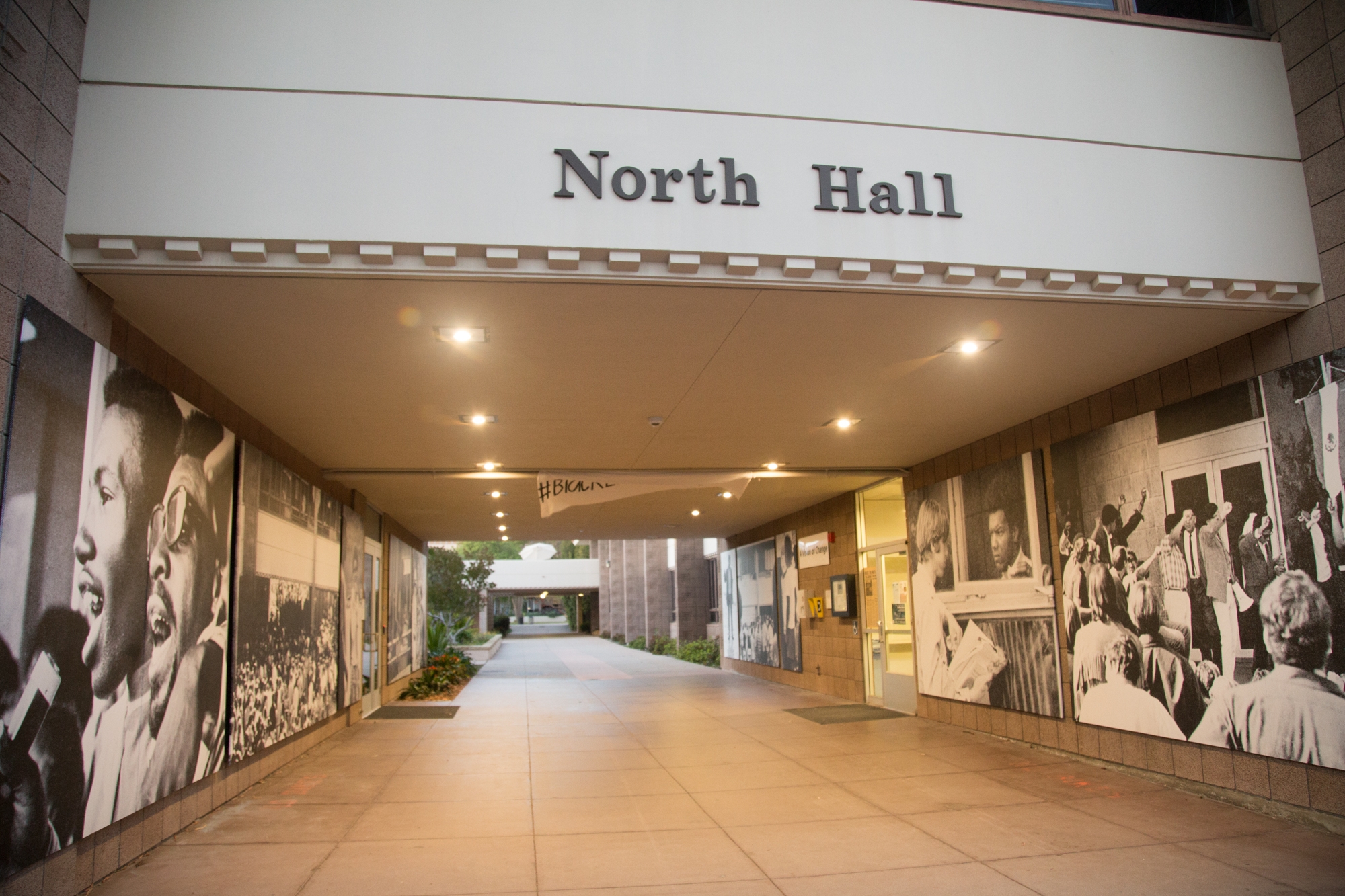 While the BSU currently has no new demands, no progress has been made on the creation of a standalone building on campus named after Malcolm X for Black students commemorating the North Hall Takeover. Daily Nexus File Photo

Now, the university is  adhering to “most” of those demands, fifth-year financial mathematics and statistics major and Co-Chair of the Black Student Union Jude Kiruuta said.

The Black Student Union (BSU) released their February 2019 demands to address structural hindrances that Black students at UCSB face and to provide a reliable source of advocacy for Black students on campus, building upon previous BSU demands from 1968 and 2012.

While creation of the OBSD and funding for staff positions were fulfilled, one original demand remains: a permanent, standalone building on campus for Black students.

Essence Wynter, a UCSB alumna and former BSU Demands Team lead, said in a statement to the Nexus that while the entirety of the 2018-19 Demands Team graduated, they stay in “close contact” with the OBSD staff, Vice Chancellor Margaret Klawunn and Assistant Vice Chancellor Lupe Navarro-Garcia — all of whom were tasked with fulfilling the demands and hiring for the new positions.

In January 2020, Dahlia Hylton was hired as the inaugural director of the OBSD, marking the first demand fulfillment. However, Hylton resigned from the position in September 2020 but didn’t cite any specific reason. The decision shocked the BSU, Wynter told the Nexus in 2020, although they supported her decision.

Wynter said Louis, the assistant director of the OBSD, worked to “continue the mission of the OBSD” in the interim period, and Pinks was “able to step into his position pretty rapidly” after Hylton’s resignation.

Three paid positions within the OBSD still have yet to be filled: a coordinator of Black student life, an advocacy counselor and a recruitment and retention specialist, Wynter said in her statement to the Nexus.

The original demands included two advocacy counselors rather than one and didn’t ask for an assistant director or business counselor, but they “were modified in collaboration with the team almost immediately after they were approved,” Wynter said.

The inclusion of a business counselor is due to the size of the office’s large budget, which comes directly from the Office of the Chancellor.

“Although the university has supported [us] in many ways, the reality is it is difficult to build an office during an international pandemic,” Wynter said. “It has been a constant pivot to adapt to virtual/hybrid learning.”

The OBSD and BSU both put on a variety of in-person and virtual events centering Black students and voices, and the OBSD offers a Vision Fellowship program to support students with research and creative projects.

Kiruuta said that Chancellor Yang’s original decision, as well as the continued fulfillment of the demands, evoked surprise and excitement for the BSU and Black students on campus.

“It’s a pretty big win,” he said. “We are surprised. I think it’s going to be a big help. Everyone I’ve talked to that’s Black on campus has been like, ‘Yo, this is a very solid achievement, something that that we deserve.’”

“A lot of students here just fall through the cracks. And I can speak for myself, I’ve been playing catch up academically, so this will definitely help the incoming students and continues to as well,” Kiruuta continued.

While the BSU currently has no new demands, no progress has been made on the creation of a standalone building on campus named after Malcolm X for Black students commemorating the North Hall Takeover.

The school compromised with a display of the 1968 North Hall Takeover on the walls of North Hall, Kiruuta said.

“I wasn’t surprised that they turned down the Malcolm X change,” he said.

Currently, the organization is working on getting a BSU member in a diversity intern position on UCSB’s admissions team “to have a permanent Black person, year in, year out, from BSU to work with admissions,” according to Kiruuta.

Additionally, the OBSD will be holding an in person and virtual opening event for their new physical office suite in the Student Resource Building this Saturday, where students can preview a sneak peek of the office.

Wynter said that support and funding for the OBSD is integral to uplifting Black students on campus.

“Now, will the OBSD be the groundbreaking office we dreamt it to be? I can’t answer that,” Wynter said in her statement. “But I can say we haven’t lost hope yet and while we wish all of the OBSD positions were filled, through this journey we recognize that some things are out of our control and take time.”

“It is imperative that we continue to shine light on the demands so they do not continue to slip under the radar, as they are not only our past, but also our future,” she continued.

Kiruuta emphasized the importance of supporting the “most oppressed” groups on campus, who historically have received little support from the institutions they exist within.

“This goes to show that we are a community that deserves care, [and] that deserves the same care as any other student on campus,” he said. “[These demands are] a way to alleviate the lack of attention the school has towards Black students.”