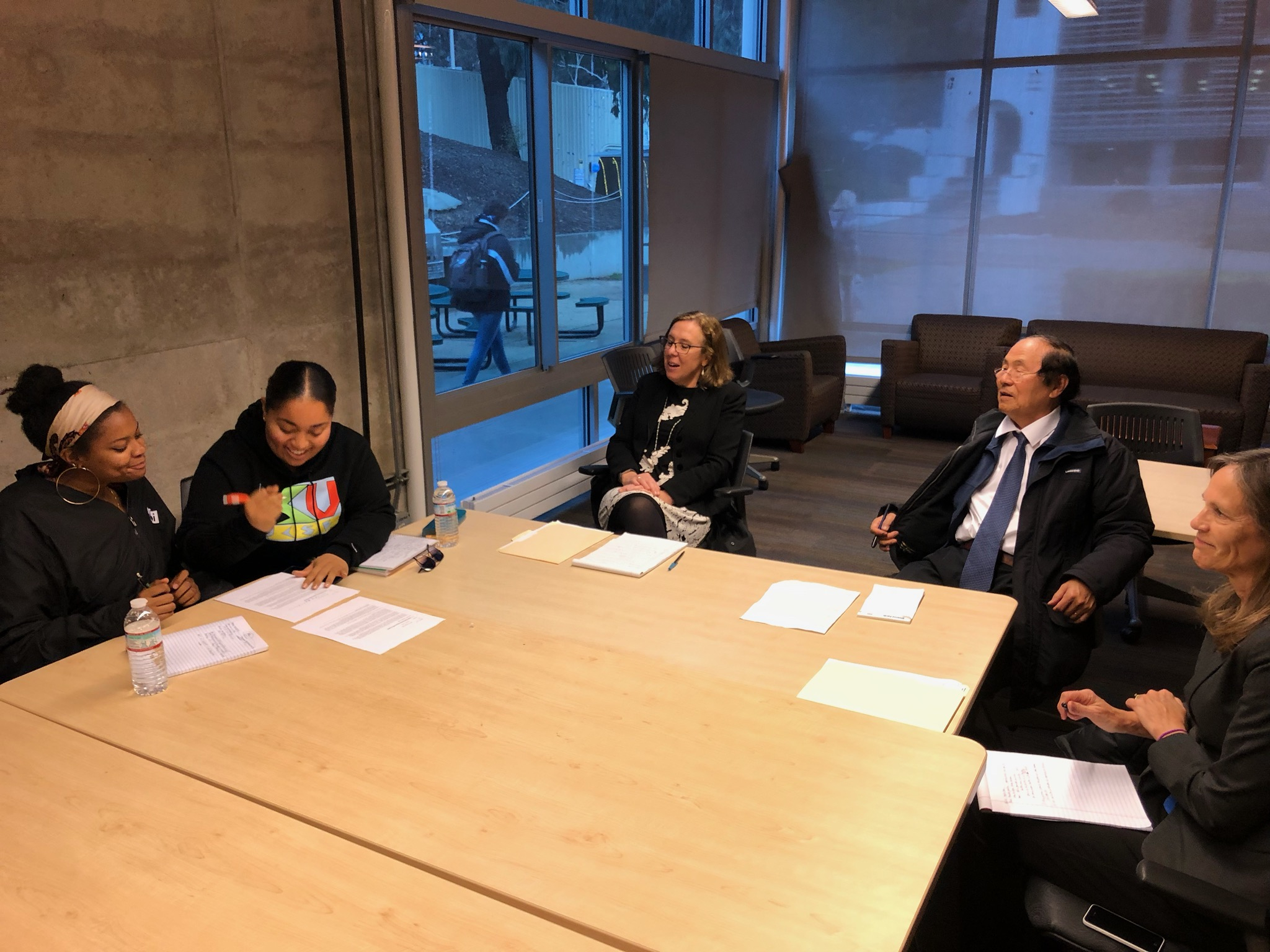 Tuesday marks the fulfillment of some of Black Student Union’s (BSU) primary goals in its demands throughout the years: the creation of an Office of Black Student Development at UCSB and a space on campus dedicated to Black students.

Chancellor Henry T. Yang sent a message to the BSU Demands Team yesterday, promising funding for BSU’s eight proposed positions within the office, $55,000 annually for BSU programs and that the university would “work toward the vision of a Center for Black Student Development over the next several years,” according to the message.

These proposals were part of the most recent set of demands BSU released to the university in February, but built upon over 50 years of efforts from previous generations of BSU students.

For BSU President Mariyah Lewis and BSU Demands Team leader Samantha Sanchez, seeing the fulfillment of these demands warranted a moment for the two to pause from their efforts and celebrate.

“I cried for about two and a half hours,” Sanchez said.

“It’s a good feeling to say the least, to know the administration is pushing for us and striving for better support of Black students on campus,” she added.

Yang said BSU’s demands represent a vital aspect of university’s commitments, which include “creating a culture that affirms the intrinsic dignity in each of us, celebrating differences, and making UC Santa Barbara an inclusive environment in which to live, work, and learn,” he wrote in an email.

In an email to Black student groups and community members, Sanchez acknowledged the strides made by UCSB administrators in its support of Black students, noting that these commitments are a symbol of courage as well as progress toward equity.

Moreover, Sanchez said the fruition of these demands will pave the way for “monumental initiatives across the UC system to create greater access to higher institutions of learning and overall achievement for Black people and people of color.”

Sanchez said that the hiring process for positions in the Office of Black Student Development can start immediately. The positions will be developed within the Division of Student Affairs, and  hiring will be led by BSU members and Vice Chancellor for Student Affairs Margaret Klawunn.

The positions within the office include a director, an assistant director, two academic support counselors, a recruitment and retention specialist, a coordinator of Black student life and two advocacy counselors. The budget for the positions totaled about $900,000, according to BSU’s list of demands, and will be provided by the Chancellor’s Office.

But Lewis and Sanchez emphasized that their work to help the Black student community is not over. Changes are still needed within universities to create equity among minority student populations, and BSU is far from short of ideas for how this change can happen, Lewis said.

“There are so many more things that we can imagine.”

Is there an Office of White Student Development?

A waste of money to help a few at the expense of the many.

You attend a publically funded university which serves 0.062% of the state population, dumbass

Yeah a waste of money. You’re probably an entitled white boy that lives off your parents wealth.

Chancellor Yang needs to address the issue of white under-representation at UCSB. The US is 72% white but only 33% of UCSB students are white. This proves that whites are discriminated against in the application process.

That’s right. The only reason they agreed to your demands is because they know that they have been screwing over minorities. We can’t thank them until the problems are completely gone.

hmmm…just wonder…maybe these black students should just take responsibility for their own lives and education. I did at UCSB…no need for coddling and entitlements…I graduated and am doing just fine making it in the world….relied on myself and my resourcefulness. Over and out.

relax! you are probably a white student with well equipped resources (your parents’ money)

Can’t wait for my next phone call from UCSB asking for money. Aaaa, no.

shut up with ur broke ass