The Daily Nexus
News
Inaugural Director of the Office of Black Student Development Hired Fulfilling BSU Demand
January 23, 2020 at 12:27 am by Max Abrams and Sanya Kamidi

The first director of the Office of Black Student Development, Dahlia Hylton, started work at UC Santa Barbara last week, marking a historic fulfillment of one of the Black Student Union’s long-standing demands of the university. 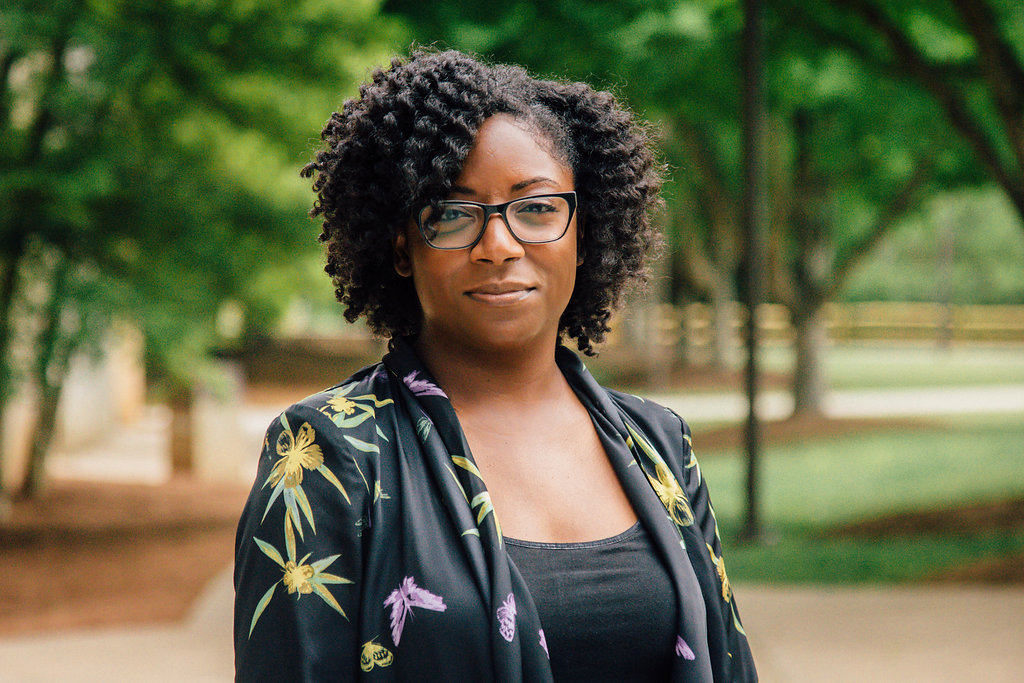 Hylton was selected after a national search by a committee comprised of members of the BSU demands team as well as other campus leaders. Courtesy of Dahlia Hylton

Last March, Chancellor Henry T. Yang promised to provide funding from his office for the creation of the office, the hiring of eight staff members — of which Hylton is the first — and $55,000 annually for programming.

In addition to the creation of the office, Yang said that the development of a Center for Black Student Development, which is meant to be a standalone building, would be “an important priority within campus planning.”

The demands were presented by the BSU demands team in February and fulfilled by Yang in March but were built upon over 50 years of activism from previous generations of BSU students.

Hylton was selected after a national search by a committee comprised of members of the BSU demands team, as well as other campus leaders, according to Assistant Vice Chancellor for Student Academic Support Systems Lupe Navarro-Garcia.

Hylton said she hadn’t heard about the demands before she saw the job announcement, but that she was aware of “some type of forward movement that was happening, as to why this office was being created.”

“I feel like I’m someone who literally stands on the shoulders of people who look like me, and to be able to be a vessel, if you will, for the amazing work that this institution has done,” Hylton said.

“The students have played such a significant part in bringing this office together.”

Last year, a job posting by the Division of Student Affairs described the role of director as an individual who is both capable of overseeing and advising entities — such as the Black Resource Committee and Black Student Union (BSU) — while leading in strategic planning and participating in organizations from the local to national level.

“The search committee wanted someone that really understood the diversity within the Black community and really had a commitment to intersectional identities and making sure that everyone that set foot in the place where we have that space, or was interfacing with anyone with the office felt welcomed, seen and understood,” said Meridith Merchant, assistant director for Mental Health Initiatives and Inclusion for Counseling & Psychological Services (C.A.P.S.) and member of the search committee.

Navarro-Garcia noted that Hylton has worked in various multicultural affairs offices at different campuses and at her most recent university, Lehigh University, grew the office from one person to a full staff.

“A lot of the work that I have done, particularly within higher education, has been around diversity and inclusion,” Hylton added. “Even when I was cultivating those skills in undergrad and graduate, I just always gravitated towards a space like this.”

Hylton noted that she has worked in advising offices, Educational Opportunity Program offices and admissions offices in addition to her work in multicultural spaces and said she’s looking forward to working with various offices at UCSB to help students in any way they need.

“I want to hold true to the demands that the students brought forth and however that actually manifests its ways, then we’ll actually do that,” she said.

Right now, Hylton said she’s focusing her time on learning what exactly the needs of the student are, and how she can help facilitate them.

In her first few days, she said she spent time getting to know a lot of different people on campus and building relationships, which she described as key to a position like hers.

“I’ve been able to meet, in my opinion, with some really great, great allies, or potential allies, of the space, and everyone seems so excited, which has given me a lot of energy,” Hylton said.

Now, she’s ready to get to work creating a strategic plan for the office and begin hiring other staff members.

Navarro-Garcia said they have already hired an assistant director who will begin Feb. 3, and are in the process of looking for an advocacy counselor and an administrative business officer.

As OBSD moves forward in filling positions, Merchant said “we have to be very intentional and thoughtful” in making future hires, as to meet the BSU demands and properly accommodate new employees as they arrive on campus.

“Do we have space in our suite here for the first tier [of hiring]?” Navarro-Garcia said. “And then we need to start thinking where are we moving to advance to the hiring of tier two and tier three.”

In a similar sense, Merchant emphasized the need to continue developing OBSD’s infrastructure in an effort to make future employees feel they can perform their job to the fullest.

“When you’re inviting people to positions where they’re going to be supporting multicultural students, it’s important that there is the infrastructure, so that you can draw people that will feel supported and be able to continue to do the great work that they’re doing,” she added.

According to Hylton, she’s looking forward to doing just that. In the future, she hopes to help create a space where Black students can seek “empowerment, education and inspiration,” while providing them with the resources they need to succeed.

A version of this article appeared on p. 1 of the Jan. 23 print edition of the Daily Nexus.

The take away message: Threats and bullying work.

“Navarro-Garcia noted that Hylton has worked in various multicultural affairs offices at different campuses and at her most recent university, Lehigh University, grew the office from one person to a full staff.”

Either an intentional hedge or bad journalism. What is a full staff? 3? Please report.