The Daily Nexus
Nexustentialism
It's satire, stupid.
Top 5 Ways White People Made Black History Month All About Them
February 17, 2022 at 4:20 am by Dick H. Edd 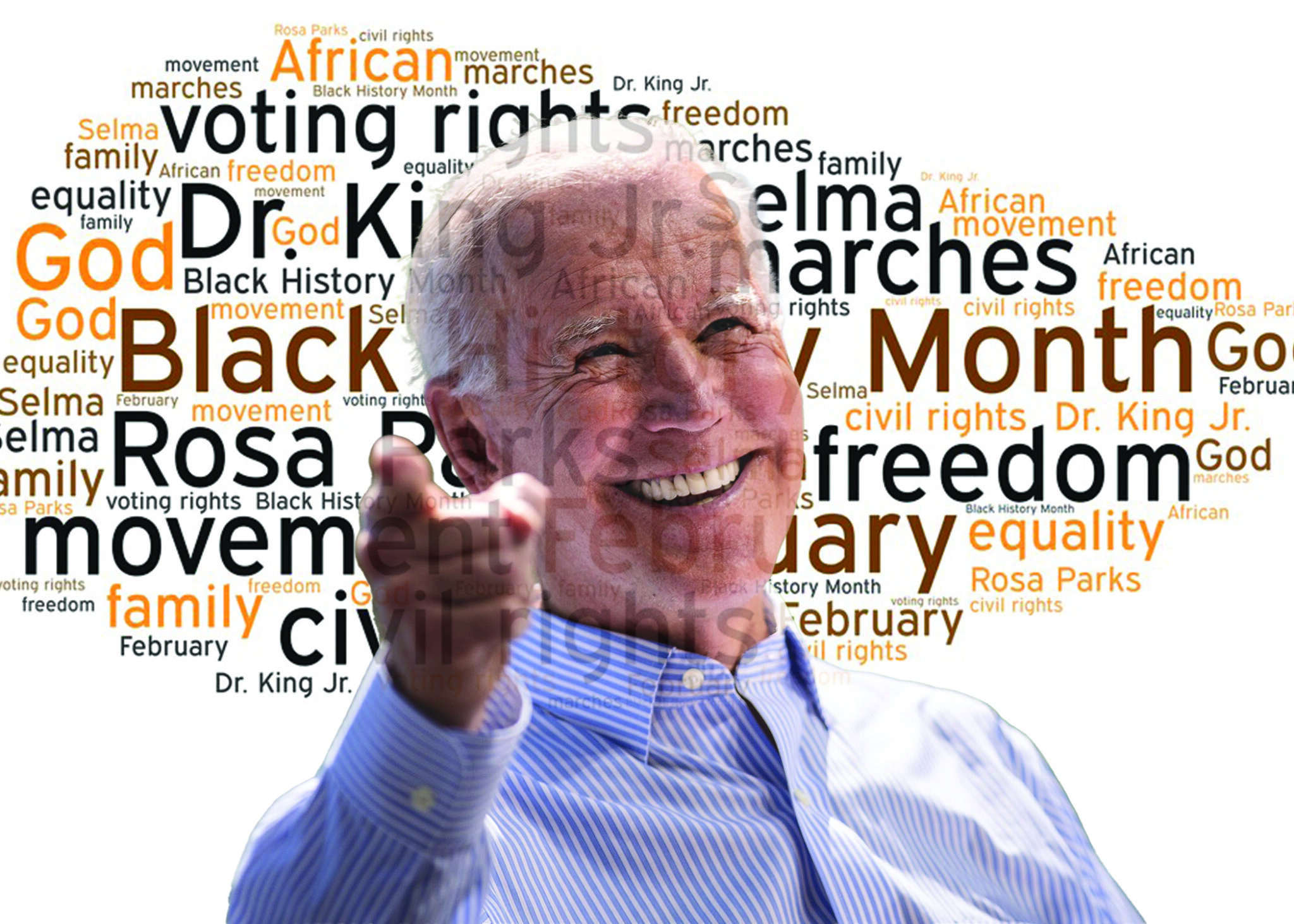 It’s that time of year again! Ever since white people found out what the word “reclaim” means, the group has been itching to find something that they can take back for themselves. This time, they’ve set their sights on Black History Month. Despite backlash from literally everyone, white people nevertheless persist. Cries dissipated from the Black community, echoing “can we have just one thing?” to which White Man Supreme, Joe Biden himself, responded in a press release. It read:

America! Sports! Go get that ball! What’s whiter than throwing a few ‘dogs on the ‘cue and watching the big boys on the television toss around the pigskin? This Superbowl Sunday, Americans basked in the beautifully American tradition while forgetting about everything else, including that silly fella Colin Kaepernick from way back six years ago. Who needs him when you have “The Star-Spangled Banner”?

Thank goodness for these guys! Where would we be without Big Georgie and Abey Lincs? These Professional White Guys have brought whiteness to a whole new level, claiming their own celebrations during Black History Month! How impressive! And who could forget about the other 43 white guys staking their white-man claim on February in the form of President’s Day?

Nexustentialism actually managed to finagle some exclusive audio content from Gerald Ford and his gooneys who formally instituted Black History Month way back in 1976! Ford was recorded to have said “You’re sure February is the shortest? There’s not one with, like, 20 days?” before agreeing to give February the title of Black History Month. History is neat, right?

4. The Abandonment of the BLM Highlight on an Instagram Profile

As white people everywhere are posting their Galentine’s Day pics on the ‘gram, they’re sure to stumble across that pesky old Black Lives Matter story highlight. You know, the one they haven’t posted on since June 2020 but are afraid of deleting out of fear of seeming racist. Call that an inclusivity win!

Slay pussy king! While Mr. White could be doing any number of things to help Black Americans — like decriminalizing marijuana usage, canceling student debt, abolishing the police, instituting reparations or addressing the inherent inequity between Black Americans and white Americans in the areas of education, healthcare, career opportunity, wealth, housing and pretty much everything else — you have to admit, Willow is so darn cute!

Dick H. Edd is, or is not, that is the question.