The Daily Nexus
News
Three Professors Selected to Contribute to the National Climate Assessment
February 11, 2022 at 11:00 am by Nisha Malley 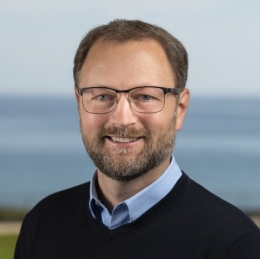 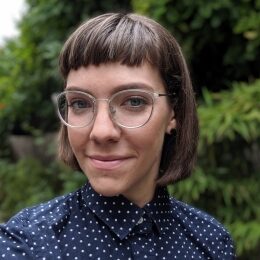 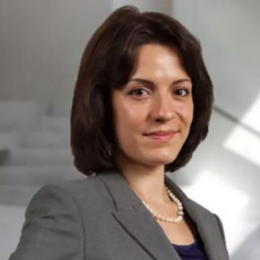 UCSB spokesperson Shelly Leachman congratulated the professors on behalf of the university in a statement to the Nexus which said the selection was a reflection of the university’s standing as a leading institution in climate research.

“That these faculty members — all experts in their fields — were chosen for this important undertaking is fitting for our campus … UC Santa Barbara is an established institutional leader on environmental and climate research, as well as in sustainability efforts here on campus and in the world beyond,” the statement continued.

Masanet expressed his gratitude to be selected for the Fifth National Climate Assessment (NCA-5), which he deemed “critical,” and emphasized the urgency of global warming.

“I’m really thankful to represent UCSB. We’ve got two other great authors … Every past national climate assessment has been important, but it feels like this one is really critical because of the shrinking window we have and the need to have a lot of action in a short time period,” Masanet said.

Masanet, who received his invitation to help author the NCA-5 in August, described the drafting process. The document, with an anticipated publication date in 2023, includes several milestones — a “zero-order” draft submitted in October, followed by public comment workshops and a second and final draft.

“There’s this very important but lengthy process of assembling the right teams doing the research, proposing an outline, getting feedback, writing a draft, getting feedback, addressing all the comments, and that cycle can’t really rush too much. Otherwise, there just won’t be time to do the scientific research that’s needed,” Masanet said.

The document includes over 30 chapters and solicits the contributions of hundreds of climate, economic and energy experts across the country.

Masanet said that the document follows a mandate to be “policy-neutral,” presenting and evaluating different potential actions without providing explicit recommendations.

“The mandate is not to be policy prescriptive but rather summarize what the mitigation opportunity landscape looks like and what policies are available to help enable mitigation, essentially,” Masanet said. “So it wouldn’t say, for example, ‘The U.S. must have a carbon tax.’ Rather, it may say something like, ‘Incentivizing industry to adopt lower carbon technologies could come through multiple policies, such as low carbon material standards, tax rebates, incentives for adopting new technologies.’”

No new research is conducted for the project. Instead, the authors are tasked with compiling and synthesizing from the sizable bulk of existing literature on climate change. The NCA-5 aims to present technical research in accessible language for the general public, policymakers and others to easily digest.

“The general public, the private sector, frankly, all of these have a stake in mitigation effort. And so ideally, we want to make the chapter clear and relevant to all of those stakeholders,” Masanet said.

“They all come to the table and give us their perspectives on what they would like to see in that report, what their needs are,” Masanet said.

Masanet said his chapter on mitigation efforts will provide an informative resource for local, state and federal policymakers to demonstrate potential avenues for reducing emissions.

“We can show there are pathways for addressing greenhouse gas emissions that can also address climate justice issues, development issues, pollution issues and, frankly, save money compared to what we’re doing already,” Masanet said.

He stressed the importance of governments ramping up their climate and energy initiatives in order to achieve President Joe Biden’s pledge to reduce emissions by 50% by the year 2030.

“The times when I’m a little bit less optimistic is when I take a step back and look at the pace of change compared to what we need to get to net zero,” he said. “For most technologies, we’re well behind where we need to be in terms of their adoption.”

Nevertheless, he also expressed his optimism in the continual development of new technologies, such as carbon capture and carbon removal, and their potential.

“I’m really enthusiastic and optimistic about our ability to address climate change … I spent a lot of time researching new technologies and looking at their potential before addressing climate change. And the amount of innovation I see is just really heartening and encouraging,” he said.

Correction [2/11/2022, 5:03 p.m.]: A previous article incorrectly stated that the NCA-5 mitigation chapter will address balancing the development needs of impoverished nations and communities with reducing global emissions. The article has been updated to reflect that the NCA-5 will only focus on national-level climate change policy.