Third District Supervisor Joan Hartmann represented Isla Vista on the Santa Barbara County Board of Supervisors from 2016 through 2021. 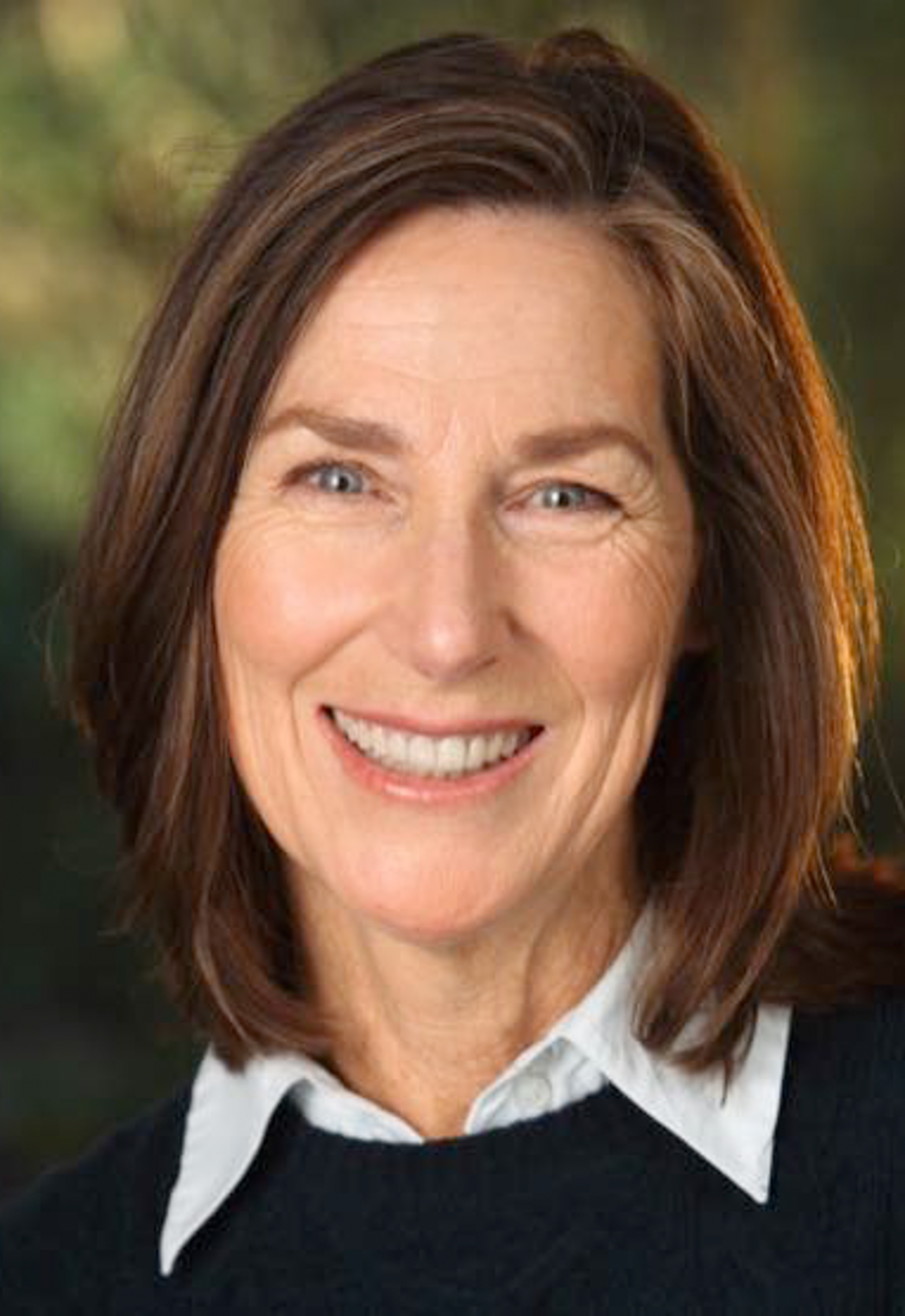 Hartmann began her tenure of representing the college town with one of the largest bluff collapses in Isla Vista, when a storm caused part of the “communal backyard for the nine units on 6653 Del Playa Drive, known as The Oasis housing,” to collapse, the Nexus reported in 2017. In response to the storm and bluff collapse, the Santa Barbara County Board of Supervisors — with Hartmann leading the response for Isla Vista — declared a local state of emergency to help procure funds that would restore public property.

Hartmann also worked with the county to improve their bluff erosion policy for structures on oceanside Del Playa Drive. This policy moved the minimum distance between houses and the cliff  “to 15 feet and require[d] that ‘a building foundation should be evaluated when any portion of the building, foundations, or appurtenances, are within 15 feet of the bluff face,’” the Nexus reported in 2019.

In a statement to the Nexus, Hartmann said that the bluff collapse was only one part of her broader vision to improve public safety in Isla Vista, citing substance use and sexual assault as other key public safety issues that were prominent in Isla Vista when she took over the 3rd District office.

“​​I was really engaged with partners to change the culture in a positive and not punitive way, to respect survivors of sexual assault, to expand resources, to get students to better look after one another, and for law enforcement to launch a voluntary restorative justice program for young people who maybe had minor alcohol infractions but were being entangled in the criminal justice system,” Hartmann said in a statement to the Nexus.

Working with the Isla Vista Foot Patrol (IVFP), Hartmann helped create the IVFP Restorative Justice Program in 2019, which “allows residents who have violated one of three ordinances — ordinance 36-2, consuming alcohol in public; 36-3, having an open container; or 40-2, playing loud music outside of curfew hours — the chance to wipe the violations from their permanent record” by attending a class or workshop conducted by IVFP and completing community service hours, the Nexus reported in 2019 and 2020.

However, Hartmann’s work with the IVCSD was not limited to securing counseling services for survivors of sexual assault.

Hartmann, the IVCSD, county public works and UC Santa Barbara’s Associated Students all worked together to improve public infrastructure by improving and expanding street lighting, sidewalks, pedestrian and biker access and the use of Pardall Road. Hartmann and the board also implemented a shared mobility program for electric bikes and scooters, which they piloted in Isla Vista and that received an award from the state of California.

In fact, Hartmann advocated for the creation of the IVCSD in 2016 with Measure R-2018, a measure allowing the IVCSD to exact a user utility tax to provide a source of revenue. Her advocacy helped secure self-governance for Isla Vista.

Perhaps one of Hartmann’s greatest accomplishments was providing local housing for community members experiencing houselessness, a population that dramatically increased in size over the course of the pandemic. Hartmann worked with Good Samaritan Shelter — a Santa Barbara county-based houselessness assistance agency — to bring in temporary pallet shelters at the Isla Vista Community Center.

Hartmann also helped create the El Colegio Project — a permanent houseless shelter in Isla Vista. The shelter will be named after Father Jon-Stephen Hedges, a community organizer, spiritual leader and social justice advocate known for his work with the houseless community in Isla Vista.

One of Hartmann’s more recent ventures, in tandem with the IVCSD and several other partners in local government and the Goleta Valley Library, was the creation of a mobile library service in Isla Vista. The program has been running since Oct. 4, 2021.

The supervisor representing Isla Vista and UC Santa Barbara is someone who regularly addresses issues on campus or that are affecting the campus community, and has the responsibility of regularly communicating with the university. Prior to the March 2020 decision to transition to remote learning, and after the university resumed in-person instruction, Hartmann could often be found speaking at or attending events on campus.

“UCSB is a crown jewel of the central coast, of the public university system, and really is world-renowned,” Hartmann said in a statement to the Nexus. “I loved representing UCSB and I.V. Young people’s idealism really inspired me and shaped my experience as Supervisor. UCSB is an incubator for cutting edge businesses, in research and development and is an economic engine for the central coast.”

Despite an ongoing legal battle between the county and the university over alleged violations of the Long Range Development Plan — a contract stating that the university must cap enrollment at 25,000 until 2025, build more dormitories for the additional 5,000 students the UC mandated every campus to enroll and build 1,800 new units for its faculty and staff — Hartmann said she enjoyed her time working with the university.

“I really enjoyed my relationship with Chancellor Yang and appreciate his vision for the campus. The County and UCSB are currently at loggerheads about housing, but despite that, our two institutions have managed to have a productive and respectful relationship during my tenure,” Hartmann said.

In addition to working with the university, Hartmann centered on listening and responding to student advocacy as the Isla Vista representative on the Board of Supervisors. One such issue was climate change mitigation — an issue that Hartmann said “drove [her] to public service and shaped [her] career.”

Sunrise Movement Santa Barbara and the Environmental Affairs Board often worked with the 3rd District to advocate for mitigating the effects of climate change via county legislation and voting “no” on projects that would increase reliance on fossil fuels.

To address this issue, Hartmann, along with her colleagues on the Board of Supervisors, implemented Community Choice Energy, a coalition that engenders greater local agency for residents “to get cleaner electricity to local homes and businesses and provide greater local control over how that electricity is sourced” on a countywide level. Hartmann and the board also voted for the county to adopt a fleet of electric vehicles.

Hartmann is continuing to work on this issue by advocating for the expansion of electric vehicle charging infrastructure in the county and a countywide solarize ordinance that would “streamline and incentivize the permitting of large-scale solar projects.”

“I’m most proud to say that we can achieve things like this, real climate change legislation, because Isla Vista residents and UCSB students demand as much and they have been a key constituency in influencing County policy,” Hartmann said.

Though Hartmann accomplished much for Isla Vista, she was unable to solve all the issues that Isla Vista faced during her tenure.

Zoning and transportation — two aspects of living in Isla Vista that many community members haven taken issue with for decades — were not significantly improved under Hartmann’s tenure. However, Hartmann is not alone in leaving that project unfinished. Many Isla Vista representatives have previously cited zoning and transportation as a priority to improve on but failed to create meaningful change.

Though Hartmann did work to lessen criminal charges related to substance use during her tenure, she cited it as an issue left unresolved as Hart takes over representing Isla Vista. Hartmann said that this specific issue requires state support, and the state is only now understanding the gravity of the issue.

“It was UCSB students who really pushed us to think about decriminalizing drug testing kits many years ago. It turns out that was mostly a state issue, but Sacramento is just waking up to this idea, especially amidst a fentanyl epidemic,” Hartmann said in a statement to the Nexus.

During her tenure, Hartmann continuously and consistently employed thoughtful responses and meaningful solutions to several issues that the Isla Vista community is passionate about and affected by. Though Isla Vista previously lacked adequate service and attention as an unincorporated part of the county, Hartmann was consistent in not only improving the lives of Isla Vistans but also constantly engaging in and with local events, organizations and causes. Hartmann provided a voice to the often overlooked college town to create lasting, impactful change.

“As a former college teacher, it was a privilege to represent I.V. and UCSB. The campus community is innovative, resilient, and fun,” Hartmann said in a statement to the Nexus. “I hope people felt listened to and represented by me and I look forward to working just as hard on behalf of the new parts of my district.”