Santa Barbara County’s Second District Supervisor Gregg Hart announced on Jan. 13 that he will be running for State Assemblymember to represent the Central Coast on the 37th California Assembly District with the Democratic Party. 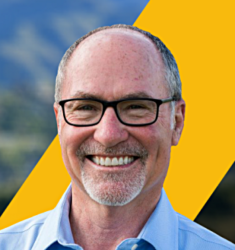 Photo Courtesy of the Board of Supervisors

Isla Vista Community Services District General Manager Jonathan Abboud has also announced that he will be running for the California State Assembly as well.

Hart is a lifelong Santa Barbara County resident and has been the second district representative, a city councilmember, a city planning commissioner, a state coastal commissioner, a sustainable transportation leader and a state legislative staff member.

“I believe in a California that works for all of us. The COVID-19 pandemic has tested our state in many ways, but I know that we can work together to chart a bright future,” Hart said in a press release. “From increasing educational opportunities and reducing homelessness to preparing for emergencies and supporting the health and safety of our communities, I’m eager to get to work on behalf of the Central Coast in Sacramento.”

Hart, who began his tenure on the Board of Supervisors in 2019, said he is excited to bring his experience to the California State Assembly if elected.

“Since taking office in 2019, I have worked with my colleagues to invest in our community’s resilience, help people in need, and strengthen our local economy. I would be grateful for the opportunity to continue this work in the California State Assembly,” Hart said in the press release.