The city of Goleta filed its lawsuit against UC Santa Barbara last month, after publicly accusing the university of violating its plans to expand dormitories and cap enrollment. 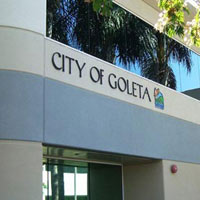 Each UC school has a Long Range Development Plan, a contract developed in 2010 stating that the university must cap enrollment at 25,000 until 2025, build more dormitories for the additional 5,000 students the UC mandated that every campus enroll and build 1,800 new units for its faculty and staff. The city of Goleta publicly accused UCSB of violating its long Long Range Development Plan (LRDP) in November.

The city of Goleta said in a press release that the LRDP “ensured that the pace of UCSB’s growth in student population from 20,000 to 25,000 would be matched by the construction of on-campus housing.”

The city of Goleta claims that this part of the LRDP was breached by the university and that “As a result of UCSB’s unmitigated population growth and ongoing negative impacts on Goleta’s housing shortage, the City had no choice but to resort to litigation.”

Additionally, the city of Goleta argues that UCSB has been violating the LRDP since 2015 “by failing to provide sufficient housing for its students.” Thus, the goal of the lawsuit is to “compel UCSB to abide by its promise,” according to the press release.

In addition to breaching the contract, the city of Goleta accused the university of depriving the city of critical tax revenue by placing students in Goleta hotels, which took up Goleta housing, decreased the housing supply for other residents and placed a greater demand on Goleta’s public services.

“There is no foreseeable end in sight for these negative impacts on Goleta,” the press release read.

The city of Goleta has also expressed a lack of faith in the success of the controversial Munger Hall planned dormitory as a potential solution to the university’s housing crisis.

“UCSB’s currently proposed student housing project, Munger Hall, a 4,500-unit dorm, has recently received harsh scrutiny in the national press. In light of this, we, at the City, are concerned that there may be no certainty as to whether the needed student housing will be built in a reasonable time frame,” Goleta Mayor Paula Perotte said during the Nov. 5 meeting.

UCSB maintains that it did not violate the LRDP and that “it looks forward to the courts having an opportunity weighing in,” according to UCSB spokesperson Shelly Leachman. “The University hopes the most efficient resolution of this dispute can be achieved so all energies can be devoted to serving California students and families and supporting the community through transformative research endeavors,” Leachman said.