Dedicated to the weird and wonderful science of everyday things and the world around us, Simply Stated features no-nonsense explanations of technology, medicine, natural phenomena and any other assortment of subjects which may spark one’s curiosity.

For the first time since October, drought-plagued California was doused with heavy rain and snowfall from Dec. 12-15. Even Southern California got to join in the party, with Santa Barbara and the rest of the South Coast averaging 2 inches of rain at the water’s edge and upwards of 5 inches in the mountains. San Marcos Pass, traversed by Highway 154, received more than 8 inches of rain from the storm. 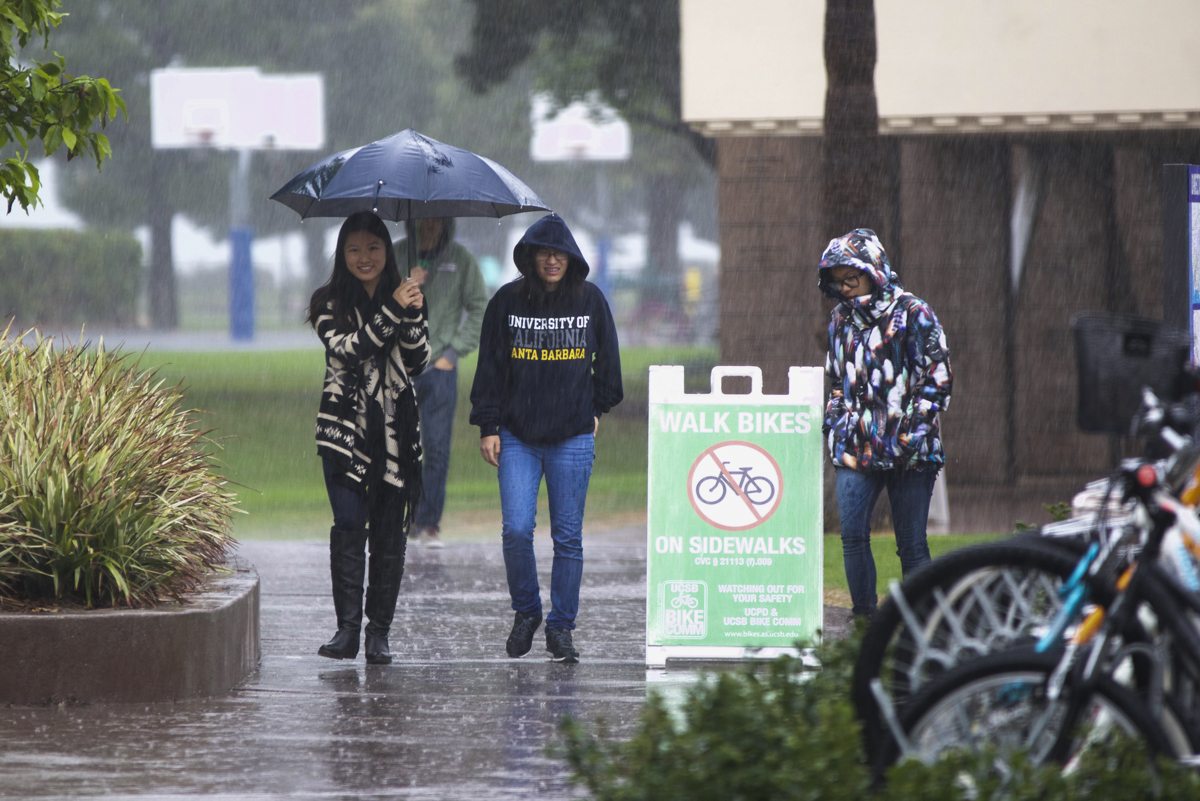 Such a downpour was a welcome contrast from a very dry November, wherein storms often bypassed the Golden State. Why now, though?

These bands occur globally and are responsible for moving much of the water vapor that flows outside of the tropics, especially on the west coast of the U.S. and in northern Europe. When they come into contact with a landmass, atmospheric rivers will often release their vapor, resulting in rainfall and snowfall at higher elevations.

California owes much of its rain and snow to atmospheric rivers which barrel toward the state throughout the colder months, generally from November to April. In some years, these bands of moisture provide us with up to half of all the precipitation we’ll get in a wet season.

These sorts of storms basically always occur during late autumn, winter and spring because of California’s mediterranean climate. The summer months in the state are marked by the presence of an incredibly durable ridge of high pressure to the immediate west of California. High pressure systems, also known as anticyclones, are areas in the atmosphere where the pressure is greater than its surrounding regions. These systems cause winds to blow outward from them toward areas with lower pressure.

Persistent high pressure shapes many of the world’s subtropical deserts. In California, high pressure during the summer steers storms well clear of the state. During these times, the only sources of moisture that can reach Southern California come from occasional monsoonal storms to the southwest.

But then comes winter, and this ridge generally begins to break down, allowing storms to move on a more southerly track and soak the Golden State with some much-needed rain and snow. However, this isn’t always the case. Resilient ridges in the winter can cause periods of drought and heat, and even during wet years, high pressure will return periodically — especially in Southern California — ushering in welcome periods of sunshine.