The Daily Nexus
Sports
UCSB Men’s Soccer Comes to a Close After a Successful Bid Into the NCAA Tournament
December 7, 2021 at 6:54 pm by Garret Harcourt

By winning both the Big West Regular Season Title and the conference tournament, the Gauchos were poised for an NCAA tournament appearance. 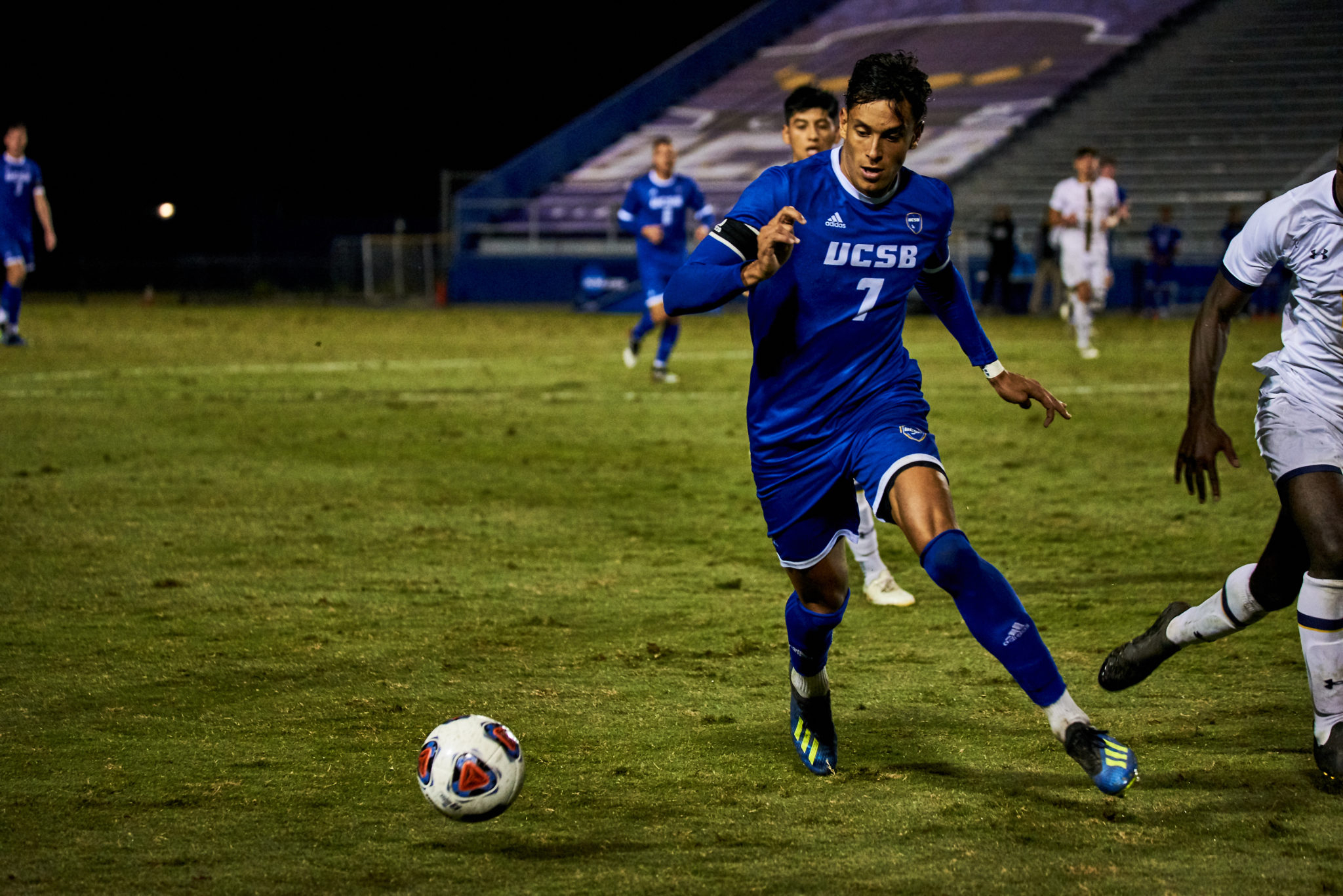 The first-round matchup was all we were able to see as the talented UCLA Bruins men’s soccer team was able to beat the Gauchos by a score of 2-1.

The Bruins were riding high coming into the matchup being No. 22 in the nation and on a three-game winning streak, beating the top-ranked Oregon State team.

This game was a back and forth affair for each side as the game ended up going into a golden goal format in the second overtime.

The first half was an even affair as the Gauchos managed to get 1 shot on goal while the Bruins didn’t get a save from the UC Santa Barbara sophomore goalkeeper, Leroy Zeller.

Zeller got to work in the second half, however, managing 5 saves. The first breakthrough of the second half came with a goal from freshman attacker Ramses Martinez in the 54th minute.

With Zeller providing outstanding goalkeeping, UCSB thought they had it all but won. With five minutes remaining, freshman forward Jose Contell equalized for the Bruins, forcing the game to go into overtime.

In the first overtime, there wasn’t much action as there was only 1 shot on target from each side and no goals to show for it.

Unfortunately, in the second overtime, the Gauchos conceded a goal to the Bruins, and the golden goal rule insinuates it’s the first goal to score wins.

Although this goal ended the Gauchos’ season, there were many standout performers for the team this season.

Sophomore forward Finn Ballard McBride led the way for the Gauchos this season, having a team-high 9 goals and also a team-leading 7 assists.

Junior forward Thaabit Baartman was second in each of those categories with 7 goals and 5 assists.

Zeller had an outstanding season in the net completing 9 shutouts while having a .804 save percentage on the season and an even more impressive .810 save percentage in league play.

All in all, although the Gauchos came up short nationally, they still had an outstanding season finishing both the regular season and the conference tournament on top.