This autumn, I found the most stunning spread at Trader Joe’s: fig butter. If fig butter was a person, I imagine she would be a classy grandma beating everyone at bingo — heavenly sweetness and witty, with an indescribable depth. Fruit butters are made by slowly cooking down a fruit with sugars, an acid (like lemon juice), pectin (a thickening agent) and spices until there is no water left, only godliness. Last autumn, I spent six hours waiting for a dozen apples to become apple butter. I did not want to wait for figs to metamorphose this year. I’d rather spend the time making this fig butter cinnamon roll recipe. 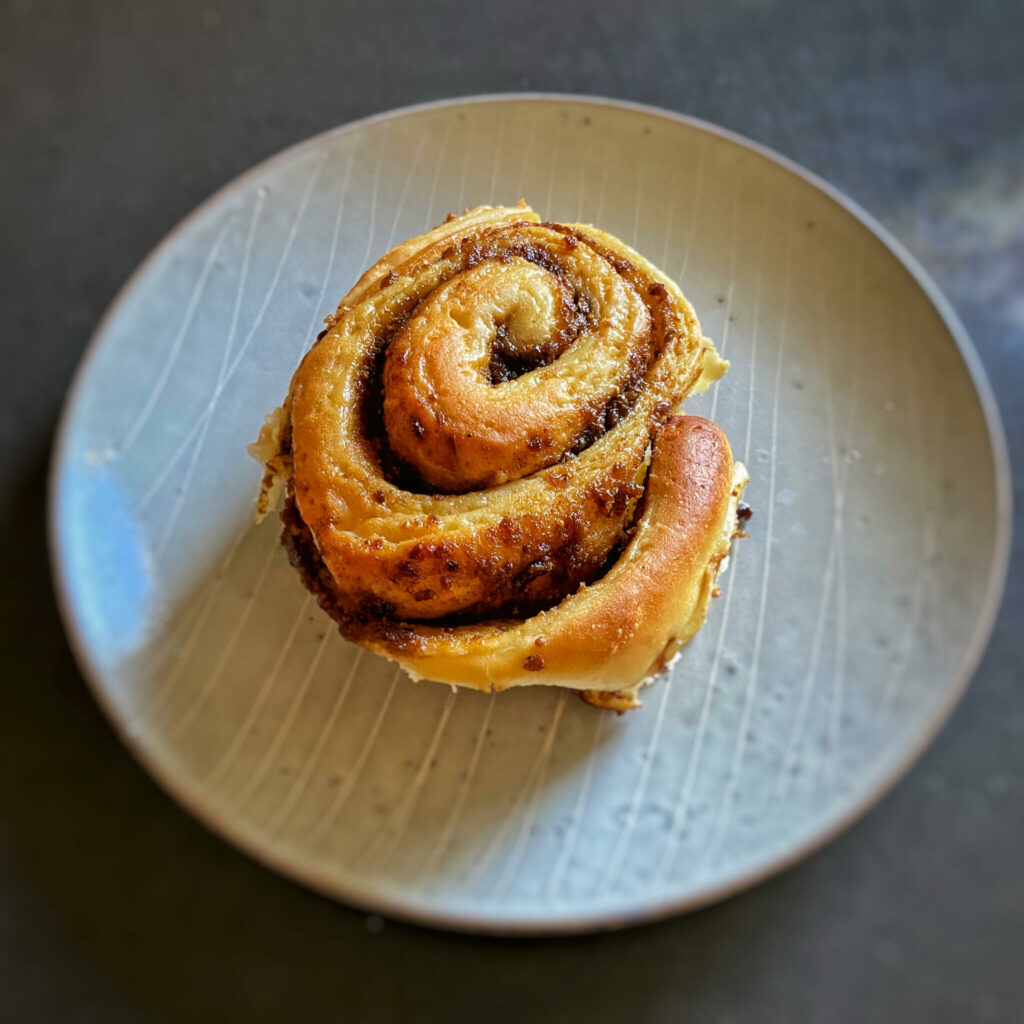 Enjoy with coffee or tea on busy school mornings. You are welcome to add the frosting of your choice, but it’s sweet enough without!

A version of this article appeared on page 10 of the December 2, 2021 print edition of the Daily Nexus.