The Daily Nexus
News
Historian Annette Gordon-Reed Speaks About the History of Race and School Segregation in Texas
November 19, 2021 at 10:00 am by Nisha Malley 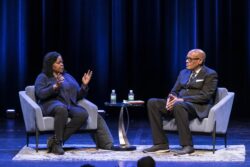 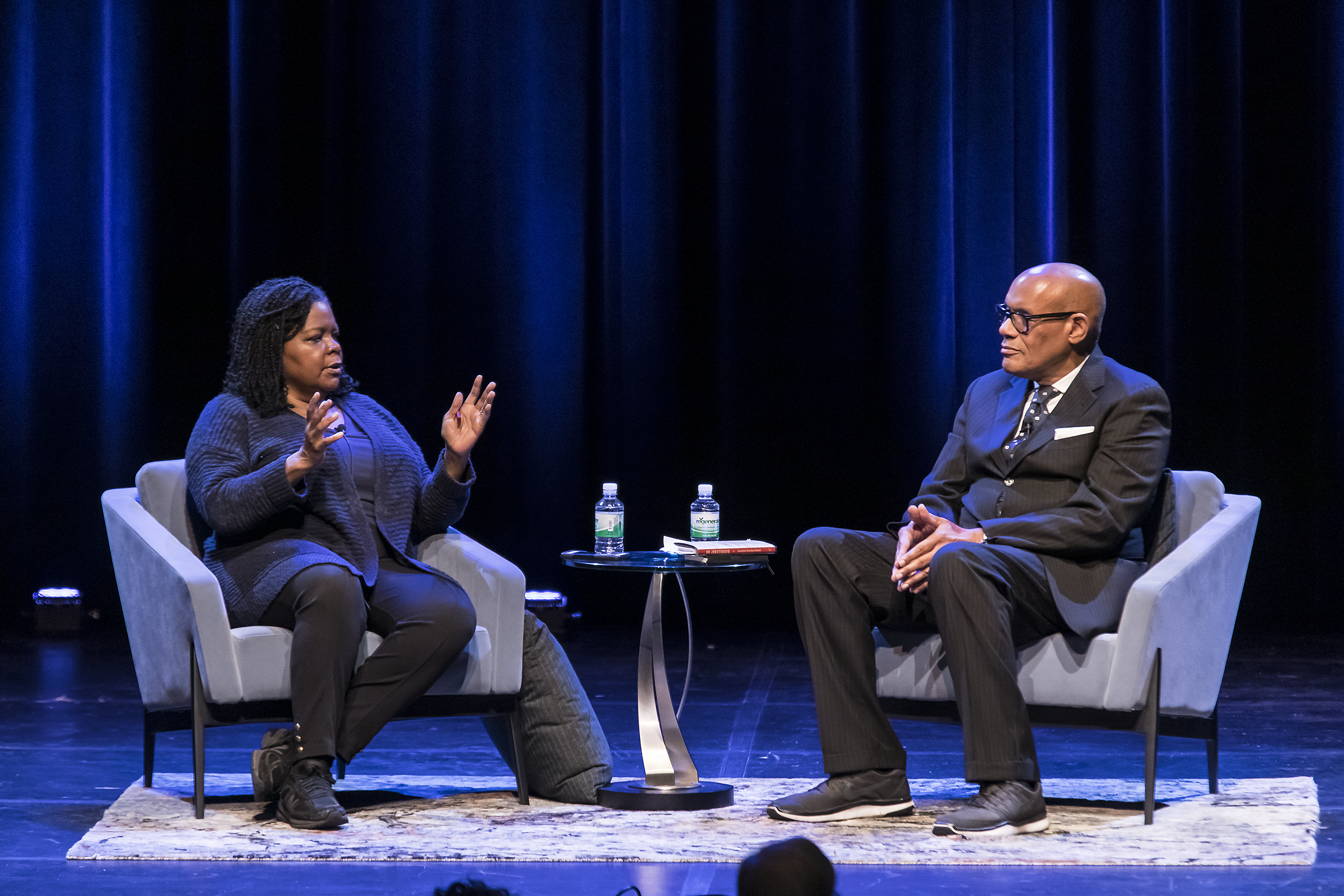 The event promoted the Pulitzer Prize-winning author’s latest book, “On Juneteenth,” a memoir that weaves together personal anecdotes and historical accounts of her home state Texas to convey the significance of the holiday Juneteenth and to describe the progress and obstacles that Black people face in the United States.

The onset of the pandemic, which moved Gordon-Reed’s work to a remote setting and severed her access to onsite research and archives, inspired her to draw from personal experience in “On Juneteenth,” her first autobiography.

For Gordon-Reed, writing about her life in Texas presented the “perfect vehicle” for her to explore the history of the state and of race in America, using Texas as a microcosm for the United States as a whole.

“Texas is constructed as a white man, and that’s what comes to mind when you think of the state. There was a cattle rancher and then there was an oil man … What’s left out of that story is the story of the plantation owner,” Gordon-Reed said.

Gordon-Reed said the white settlers of Texas came from the South — predominantly Louisiana — and brought enslaved people with them to fell trees and establish the state’s burgeoning cotton empire. Stephen Fuller Austin, considered the “Father of Texas,” advocated for slavery as an economic necessity despite proclaiming himself to be morally anti-slavery, according to Gordon-Reed.

“This Texas, that is a part of the Southern slavery empire, is not very well known,” Gordon-Reed said. “So a lot of the things that happened in Texas that surprise people grow out of that fact — racial problems, the issues of voter suppression, those kinds of things, violence — [that] all of this outgrowth of the legacy of slavery.”

Growing up, Gordon-Reed experienced the state in the midst of the civil rights movement, grappling with the end of legal segregation and Jim Crow-era laws.

In Texas, state and local officials resisted national efforts to further social progress for Black citizens, especially in regards to creating equity in education, according to Gordon-Reed.

“This was the mid-60s, and they were still resisting integration in Texas,” Gordon-Reed said.

A decade after the landmark Brown v. Board of Education of Topeka Supreme Court ruling, which mandated the rapid integration of schools, Texas schools still remained fairly segregated.

“Freedom of choice” plans, which the courts eventually struck down as unconstitutional in 1968, allowed parents to choose to send their children to either predominantly white or Black schools and effectively perpetuated school segregation. Gordon-Reed’s parents, whom she described as “idealists,” decided to place their daughter in an all-white elementary school.

As the only Black child in the classroom, she recalled feeling a sense of being on display, her presence made into a spectacle.

​​“Periodically, groups of administrators would come and stand in the doorway and look inside the classroom to see what was going on there, this miraculous thing, a Black child learning with other white kids,” Gordon-Reed said.

The community made a “big deal” of her attendance, with school administrators releasing a public statement that education would “proceed as normal” and local press flocking to the school, according to Gordon-Reed.

She described being kindly treated by some classmates and especially her educators, who may have been influenced by the fact that Gordon-Reed’s mother was a teacher at Booker T. Washington High School as well.

“My teachers were wonderful to me. They couldn’t have treated me any better,” Gordon-Reed said. “[They] did not single me out in any kind of way and didn’t let other people hurt me. People tried to get aggressive or tried to do things; they tamped down on that. Just by their example, they taught me that not all white people were the same.”

Gordon-Reed described how the racial dynamics of Anderson Elementary changed following district-wide integration and how it adversely impacted Black student learning and community.

“As the years went on, [my parents] grew somewhat disillusioned, because integration didn’t turn out to be the panacea that they may have thought it was going to be — not that they were nostalgic for Jim Crow, for heaven’s sake, they weren’t,” Gordon-Reed said.

“The power structure didn’t really change, and, in fact, many of the Black teachers who had been at [the “Black” school] Booker T. Washington … were taken out of the classroom. So, Black students lost role models, and I would say white students lost the opportunity to have Black teachers as role models, which would have been important for them as well,” she continued.

Many Black educators throughout Texas and the country were laid off or relegated to non-teaching positions such as library or administrative staff, according to Gordon-Reed.

Because she was the first Black student to attend a “white” school in her town, she said many Black students in the area mistakenly thought that she was responsible for integration and “resented” her for the change.

“Maybe I was a precursor to that, but the court made this decision. It wasn’t me,” Gordon-Reed said. “I was not the one who did this, but a number of people took it out on me, thinking that I had been the catalyst for the destruction of something that they valued.”

She connected this uneven and inequitable racial progress — which often felt as “two steps forward, sometimes three steps back” — to contemporary problems around race.

“As I was writing about Juneteenth, I thought about how far we’ve come and how far we still have to go,” Gordon-Reed said.

Gordon expressed feeling “deeply honored and surprised” to learn that Juneteenth, which commemorates the emancipation of slaves in the United States, would become a federal holiday. She received an invitation that same day from President Joe Biden to attend the bill’s presidential signing and flew down to the White House to witness the event.