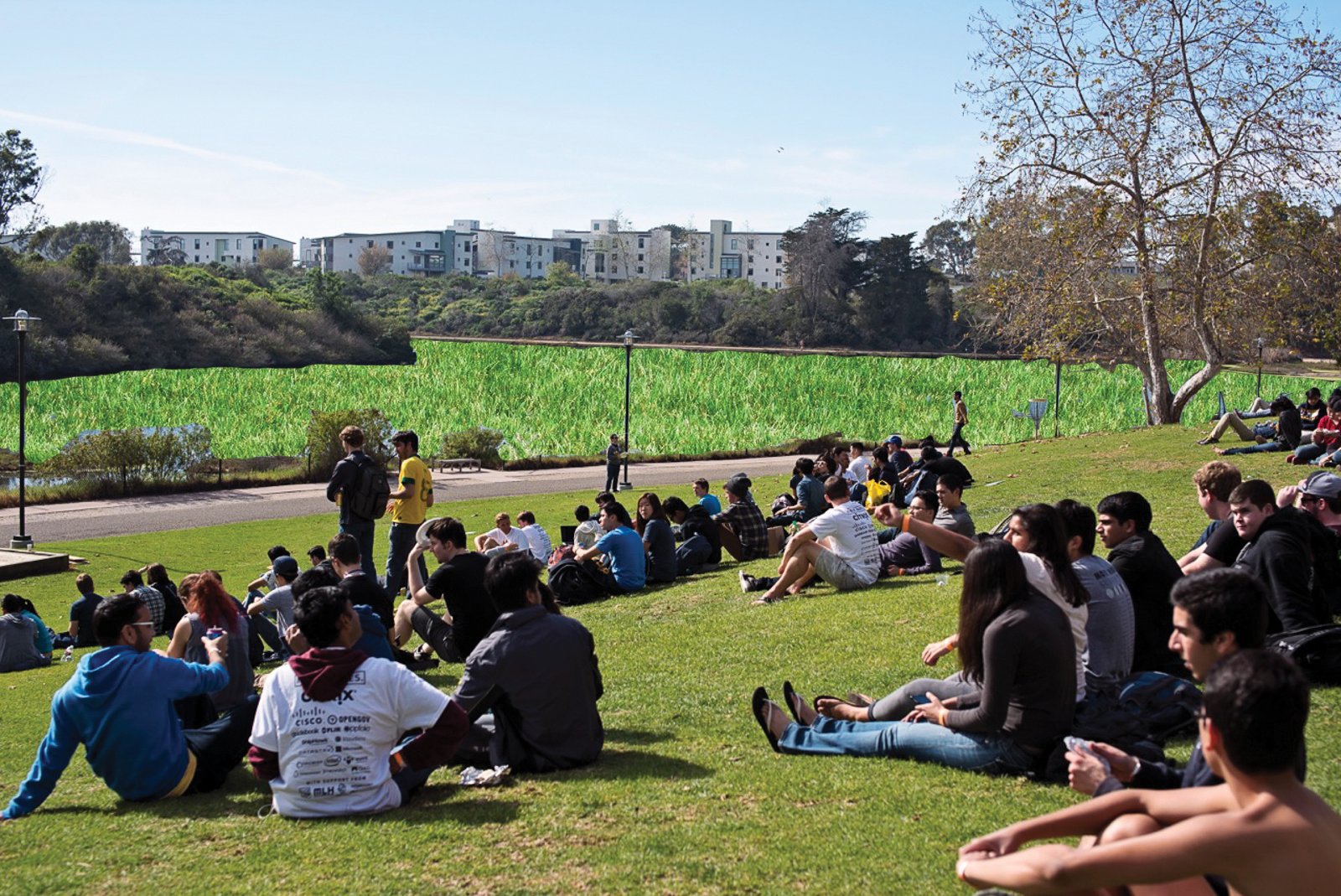 We all knew it was too good to be true. Two bodies of water on one campus? It’s absurd to think we got away with it for so long! Well, the day of reckoning has come. Much to the dismay of many sunbathers, amateur scuba divers and campus bottom feeders, UCSB will be removing the lagoon starting next week.

That’s right. Say goodbye to your favorite stinky puddle, to those mysterious, murky depths, beckoning … calling for you … yes … come closer … dip a toe in… No! No longer! Our tasty little algae-covered treat will soon be gone for good. Outraged and grieving, we sent our reporters straight to the door of Chancellor Henry T. Yang to see what kind of careful deliberation went into such an impactful decision.

“I was just kind of over the whole fucking thing, you know?” Yang said when pressed by our reporters while sucking on the soul of a shriveled-up freshman. “Water, plants, fish … it all just seems a little silly, don’t you think?” We pleaded for more information but Yang refused to comply, responding only with a series of unintelligible growls and short whistles. Discouraged but determined, we set our sights on the Lagoon Removal Task Force (LRTF) to search for answers. The whole thing seemed so absurd! How would they go about removing a whole body of water?

“Our current plan is to give some thirsty little guys a lot of straws and let them go to town,” claimed the head of the LRTF as they kicked their feet up on the desk, knocking over and spilling a paper-filled jar of validating mantras. “Backups include lots of sponges, one big wave and evaporation. Safe to say, we have this under control.” They took a shaky glance at the mess of folded papers on their desk before taking a deep breath, closing their eyes and whispering, “I am enough. I am healing. I am my own superstar.”

The university has, of course, received some backlash since going public with this devious scheme. In an act of protest, a couple of brave students anchored themselves to the bottom of the lagoon with their heads bobbing just above the surface. Unfortunately, within a day, their skin had dissolved and their bones joined the rocky floor of the lagoon, leaving nothing behind except the foul stench of sulfur and activism.

One complaint gaining traction among the student body is that the university’s funds might be better spent on more pressing matters, like the housing crisis that is currently leaving hundreds of students houseless. When pressed on this issue, Yang responded, “Housing crisis? I haven’t heard anything about a housing crisis. Are you feeling OK, babe? You’re acting super irrational right now.”

Unfortunately, it looks like there’s no stopping this train. Make sure to say your final goodbyes to the lagoon and any creatures lurking in its many cracks and mossy crevices. Soon, it will be but a fleeting memory.