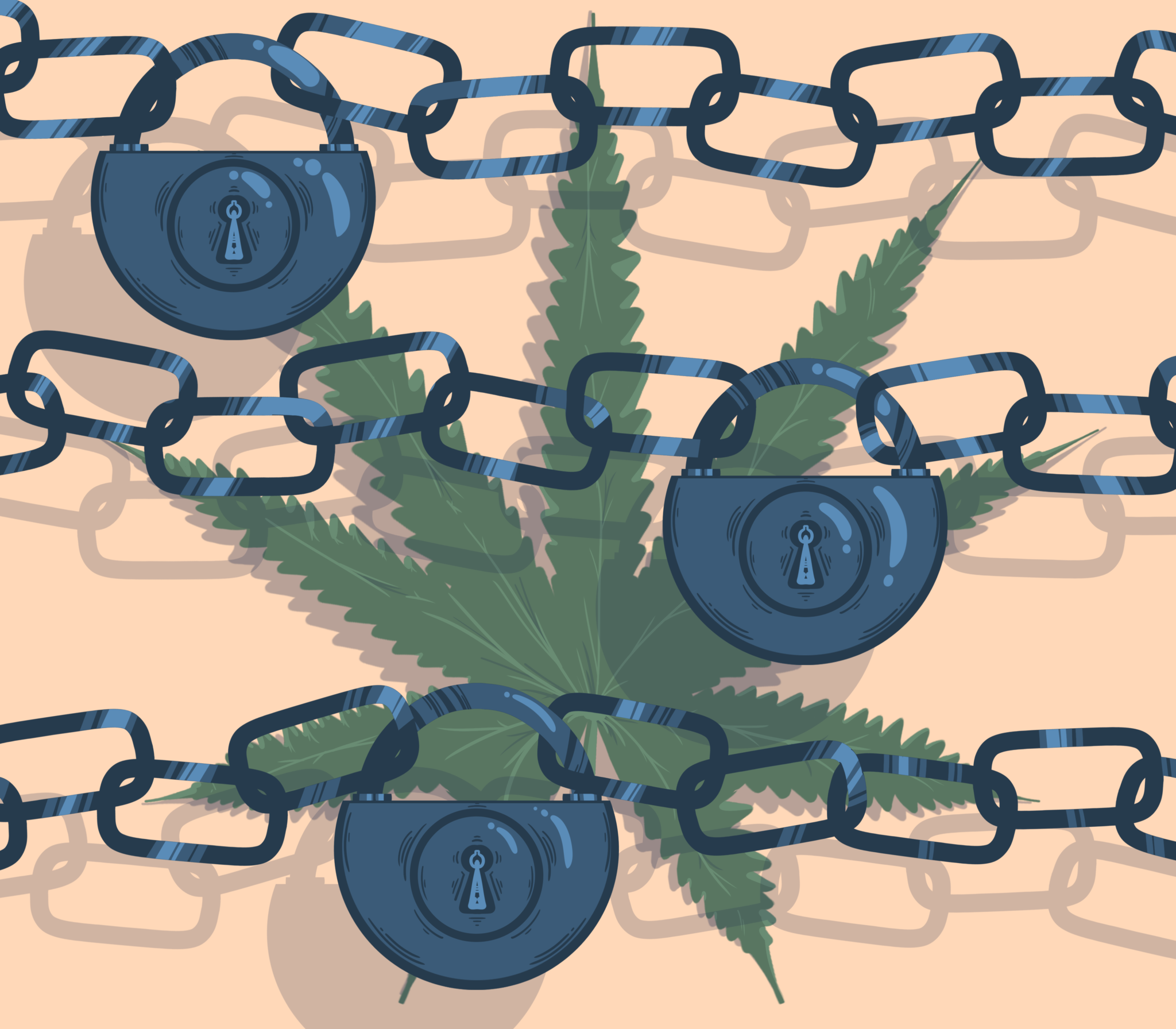 It has been a little over three years since cannabis was made legal for recreational use in California. Since then, it has become a source of healing for many — including my own friends and relatives — from depression, desperation and anxiety, especially during the pandemic. Weed made quarantine a lot more bearable for many and, in turn, saved countless lives by easing feelings of pandemic panic. However, we have to keep fighting to keep this civil liberty that many rely on from being taken by the government. While it’s appealing to step back and enjoy California’s legalization of weed, it is critical that we push to legalize marijuana legislation on a federal level, especially given the terrible record of President Joe Biden on weed.

While weed is legal under California law, it isn’t federally legal. On a federal level, cannabis remains a Schedule 1 prohibited substance, and people who use, sell or cultivate marijuana in any state can still face federal felony charges.

However, the U.S. Department of Justice has largely forgone the enforcement of federal cannabis legislation since the Obama era, especially when used for medical purposes, allowing cannabis businesses in legalized states to thrive. The reason for the relaxation of enforcement is not purely ideological but also out of necessity. The federal government has traditionally relied on states’ law enforcement to enforce both federal and state drug laws, but once local law enforcement officers stop enforcing any marijuana-related crimes under the instruction of the state governments, the federal government lacks any infrastructure to enforce those federal laws. There are only so many FBI and Drug Enforcement Administration (DEA) agents, and they would rather go after serious drug crimes like cocaine or meth use instead of butting heads with states over weed. Like former Attorney General Jeff Sessions said, the federal government is “not able to go into a state and pick up the work that police and sheriffs have been doing for decades.”

While it’s appealing to step back and enjoy California’s legalization of weed, it is critical that we push to legalize marijuana legislation on a federal level.

But the status quo in the federal government could change on a dime. Biden, or a future president, could unilaterally choose to resume enforcement of those laws on a federal level and send the FBI and DEA to crack down on both sellers and users. Two Supreme Court precedents, Gonzales v. Raich and U.S. v. Oakland Cannabis Buyers’ Cooperative­, back the constitutionality of the federal authority to prosecute marijuana in weed-friendly states. This is especially worrying given Biden’s past record as one of the main architects of the modern war-on-drugs and tough-on-crime narrative. Biden has pushed the current Democratic party to the right of where the Republican party stood under former President George W. Bush when it comes to drugs and has advocated going after the individual users, not just sellers and gangs. Even though the FBI and DEA won’t have the resources to go after everyone, an occasional raid and arrest could effectively destroy the weed economy out of a fear of imprisonment.

Even if we are sure that no president in the future will go against the popular will and enforce these drug laws, leaving things up to the mercy of the federal government and hoping that they won’t or can’t do anything about it is not only a wild coin toss but sets a dangerous precedent. If legal loopholes like these can be used to further social policies, like legalizing weed, that garner support from progressives, they can certainly be used to further social policies that conservatives or libertarians enjoy. One of the social policies that the conservatives and libertarians are working together to further is gun rights. States like Arizona have already passed laws forbidding any state and local law enforcement from cooperating with the Bureau of Alcohol, Tobacco, Firearms and Explosives (ATF) to enforce any federal gun laws and regulations. ATF, like the DEA and FBI, is a very small organization on a national scale and cannot meaningfully enforce any laws without the assistance of local law enforcement. Like cannabis laws, any federal gun laws or regulations — from banning automatic rifles to cracking down on “ghost guns” — can’t leave Washington without the cooperation of state governments. If the trend of refusal of cooperation with federal agencies persists, we could risk the rule of law for legal weed.

But it doesn’t have to be this way. There is currently a bill pending in Congress that seeks to legalize weed on a federal level, expunging nonviolent, cannabis-related federal criminal records and allowing states to decide the legal status of the drug. Passing this law won’t be easy since it not only needs the approval of the entire Democratic party, many of whom are former drug warriors like Biden, but also the approval of 10 Republican senators to make weed federally legal. We need to draw all the support that we can and form a true coalition from all sides of the political aisle to make truly legal weed a reality.

Nathan Lee believes that we should make the effort to legalize weed on a federal level and restore justice for people who are harmed by the drug war.